Rejuvenation of Lagos State Under The Last Two Administrations 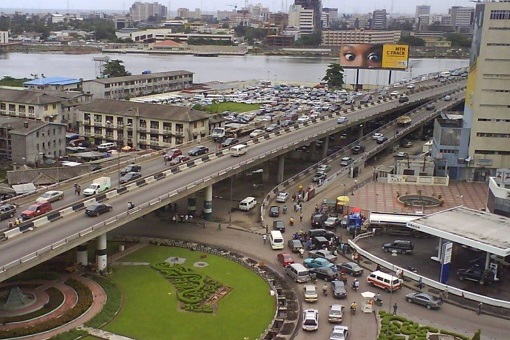 There is a popular acclamation that Lagos, a city in Nigeria, is the seventh fastest growing city in the world, and the second largest city in Africa. This mega city has a rich history of economic growth and transformation. Although, it covers only 0.4th of Nigeria’s territorial landmass, it accounts for over 60 percent of

There is a popular acclamation that Lagos, a city in Nigeria, is the seventh fastest growing city in the world, and the second largest city in Africa. This mega city has a rich history of economic growth and transformation. Although, it covers only 0.4th of Nigeria’s territorial landmass, it accounts for over 60 percent of industrial and commercial activities in the nation.

Under the leadership of Nigeria’s political “golden boy”, Babatunde Fashola, this initially lawless city – with a population of well over 16 million – grew substantially and became one of the foremost deciders of the Nigerian economy even without the exploration of crude oil.

The Fashola-led administration blessed the inhabitants of Lagos with so many development benefits. There were improvements in vital sectors of the state, including education, infrastructure, public safety and security, whilst attention was well-paid to increasing tax revenue which now accounts for a majority of the state’s income.

Through collaboration with the federal government, this trained lawyer successfully ousted the deadly disease, Ebola, from Africa’s most populous nation.

The Lagos-born politician was hailed as “the man who tamed Nigeria’s most lawless city” when he restructured a notorious environment, Oshodi, by successfully dismantling the commercial activities and excesses of hoodlums.

Although, Fashola successfully turned Oshodi around, there however remains the continued presence of touts on some major routes in the city who hide under the auspices of the National Union of Road Transport Workers (NURTW).

After Fashola stepped down from office on May 29, 2017 following his first election-victory in 2007, an experienced civil servant, Akinwummi Ambode – who also promised during his campaign that he would continue with the infrastructure development of his predecessor and improve on it – came into power.

The experiences of Ambode undoubtedly serves as the vital ingredient for the recent success reports and progresses of Lagos even in the face of the nationwide recession.

When states’ governments depend on the Federal government following the bad effects of recession in order to pay staff salaries, the case of Lagos state government has been different.

The state pays its staff salaries as at when due; and continues to execute developmental projects – expanding the infrastructural profiles of the state’s landscape and also establishing numerous welfare and empowerment schemes for its inhabitants.

Some of the listed achievement of Akinwunmi Ambode in Lagos include but not limited to: Food security with the “LAKE” rice initiative which has brought smiles to the faces of many given the biting recession in Nigeria.

His “Light Up Lagos” project which has provided street lights to more than 400 streets across the state. The “114 Roads” project which saw the construction and tarring of roads in the 57 local councils of the state.

The Employment Trust Fund (ETF) project which has disbursed more than N25 billion Nigerian Naira in support of struggling artisans and entrepreneurs within the state. His revenue drive which has seen a massive increase in the funds available in the coffer of the government.

And finally, a boost in security obtained in Lagos State through the provision of armoured personnel carriers, Isuzu trucks, helicopters, aerial surveillance systems and sea faring gun boats to the police service.

All these has brought more to the essence of living in the state. But without a doubt, a lot more needs to be done to bring the city to the status of its contemporaries.

Then, there is that Lagos Metropolitan Development and Governance Project for Nigeria, which aims to increase sustainable access to basic urban services through investments in capital infrastructure.

It is, unarguably, doing fine. Lagos State remains a global city with a substantial and growing foreign-born population, and non-stop flights to hundreds of destinations around the world. The doggedness and ingenuity of these two titans in a most difficult terrain should be commended.