China: 21st Century Superpower Bargaining from a Position of Strength 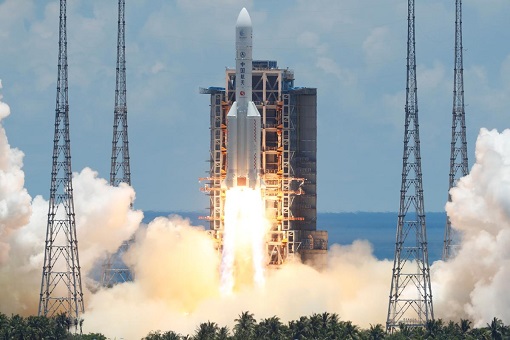 The rapid economic growth of the People’s Republic of China (PRC) has created some pressures, which have forced the country to engage more closely with various low and middle income countries all over the globe. The Asian country is presently viewed as the new “shaper” of international development; and it consistently analyses its economic strengths

The rapid economic growth of the People’s Republic of China (PRC) has created some pressures, which have forced the country to engage more closely with various low and middle income countries all over the globe.

The Asian country is presently viewed as the new “shaper” of international development; and it consistently analyses its economic strengths whilst reinforcing its political, social and financial systems so as to establish and sustain itself as a superpower in the world economy.

The economy of China is the second largest in the world by nominal GDP, and by Purchasing Power Parity (PPP). It is also ranked as the world’s largest exporter of goods and fastest-growing major economy – with growth rates averaging 10 percent over the past 30 years.

The relentless economic rise of China is rather very alarming; and because checkmating it had proven difficult, the United States of America lives in denial as it convinces itself that the Asian country is cheating through currency manipulations, technology theft and state capitalism. In 2012, ex-President Barack Obama publicly reiterated the need for China to start playing by the global “economic rules”.

According to the American government, only a tough international policy will arrest the rise of China. The Asian country’s growing strength is likely to cause a string of second-order effects – with British Steel being amongst the possible hits.

This, amongst some other pertinent reasons, is why the pace and success of China’s economic reforms have remained the most important story in the global economy over the last four years. Even as a single Asian nation, China hits an economic mark of over $10 trillion – along with the United States and the European Union.

China is at the forefront of innovation. It is the largest manufacturing economy in the world — outpacing even the revered, service —driven U.S. economy. Over the last decade, this country has worked very hard to erase its imitative (we-copy-everybody) image, powering its economic growth, and using its over 1 billion population to its advantage. It now has a strong manufacturing base as virtually everything in the world today carries the famous “Made-in-China” pointer.

When it comes to economic strength and political influence, one of the reasons why China is successful is because of its high rate of savings, which it constantly recycles.

The PRC, as is fondly called, concentrates the salary paid to workers in four of their big state banks – and these monies could be used by the leadership to finance key projects.

Another reason is the development-commitment of the diaspora. Non-resident citizens of China, who are economically positioned are passionate, and deem it vital, to invest heavily in their country.

Over 60 million people of Chinese origin living outside — in different nations around the globe — contribute to their country’s economy in the form of investment and remittances.

Again, the existence of a political regime that is more meritocratic and more receptive has paved way for long-term, sustainable and inclusive economic growth. That China serves as a Numero Uno destination for businesses and investments does not surprise an international observer.

For strong diplomacy, China and the United States of America adopted and maintains a One-China policy, which dates back to decades.

However, this prestigious US-China policy negatively affects the factional Republic of China (ROC), now Taiwan —an island composed of over 23 million who have created a prosperous and stable democratic society for themselves.

The growing strength of China diminishes Taiwan’s popularity and influence in a world — where they seek to build recognition. Through its military, economic and political capabilities, a formidable China is limiting strategic options for Taiwan, whose main security threat comes from the mainland.

Forget the hype — even though China is currently striding, there are many indices by which the United States remains ahead of them; at least for now, when we talk about global power. True, both of them wield veto powers as permanent members of the United Nations Security Council (UNSC) — but the U.S. is much richer in minerals, oil, and other sources. Additionally, the American geopolitical neighborhood is also far more secured.

But if the economic decline that has happened in United States, Japan and Korea is to be avoided, China has to continually apply creativity; not sticking to the same style or institution.

It is an open secret that the 1 billion people of China are the main creators of the country’s economic success. Through their exuded great values — like hard work, relentless pursuit of education, ambitiousness, responsibility towards personal families, honesty and cooperation — they have been able to project their nation to the apex of world affairs.

This is what Africans can learn from — and the African Union’s call for the entrenchment of a pan-African spirit through cooperation for the realization of the agenda 2063 is certainly in order. But what does the average African man think about? Of course, self-aggrandizement for him is more important than selflessness; and herein lies the bane of the continent’s prolonged underdevelopment, poverty and mass suffering.

By 2025, it is projected that more than two-thirds of the world’s population will be living in Asia — with 5 percent in the U.S. and 7 percent in Europe. This clearly indicates that, indeed, at some point in the nearest future, China will become the foremost superpower in the globe.