Why is the Black race at the lowest rung of the human race? 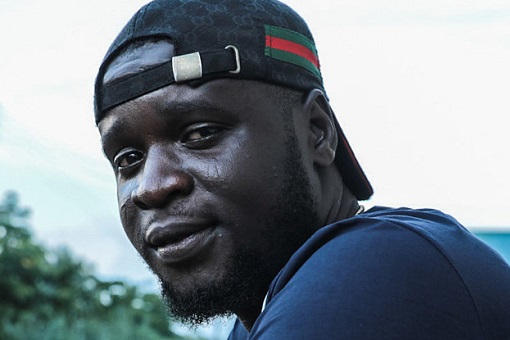 When we talk about race, we talk about an ideology that says all human populations are divided into exclusive and distinct groups – that all human populations are ranked and not the same. In what Charles Darwin called Evolutionary Ladder, white Europeans are considered more “advanced” than other human races especially the black race. This English naturalist presumed that even though man originally evolved from ape-like creatures, some races have developed more than others – while the latter still bore simian features.

Unfortunately, Darwin’s ideas brought in a position where they provided the most important scientific ground for racism all over the world. It also somewhat justified the evolvement of slave trade as those “racist” Europeans believed that Africans were sub-human, uncivilised and inferior to them in every way – hence, they could be bought and sold. And some will indeed still agree that they are!

The Black race is believed to be inferior – and simian. Blacks have wide noses, kinky hair, black skin, high waist-to-hips ratio, prognathous jaws, long arms and soulless, vacant eyes. In fact, everything about them is deemed ugly – and they are also described as dullards lacking innovative skills. Whilst Whites have been spreading across the globe, building pyramids and cities, developing new technologies, domesticating animals and covering their nakedness with finely decorated clothing, Blacks stayed nearly naked, self-mutilating, ‘technology-less’, with no wheel, no stone buildings and modernised structures. These reasons, amongst others, laid the basic foundation for the relegation of the Black race at the very base of the supposed “Evolutionary Ladder”.

Is the black race so clueless?

And the nagging question is … are they right? Is the black race so clueless, so vain that it has chosen to cannibalise itself? Even today, Blacks live their lives on the innovation of other races. The suits they wear, cars they drive, televisions they watch, telephones and laptops they use are actually made by other races. It is questionable what Blacks could achieve on their own without the intervention of others – giving to them all the things they could never produce or proficiently maintain themselves. It is posit that if the white race and its mongoloid offshoot completely isolate and fence off Africa, the continent will sooner revert back to the Stone Age. Some Black men strive foolhardily to define their manhood by the size of their phallus, ignoring the fact that an anatomical appendage doesn’t project development; and some Black women go about pontificating about their lips, booties and hips; forgetting that these things don’t promote financial independence. Little wonder it is reported that Whites have 12 times the wealth of Blacks.

Centuries before the Brits met with any black person, they had equated blackness with death and evil. And as soon as they saw black people, the first reaction was to assume that they were some form of devil or monster. It – however – took some time before this assumption was erased to a great extent.

Black leaders are also not helping matters when it comes to the definition of class via race. Instead of supervising stable economies and promoting high standards of living, many African leaders choose to cling unto power – and to oppress their subjects in a never-ending slave/master relationship. The continent is ignored by the rest of the world. To show contempt, no individual country on the continent is worthy of note — thus the term Africa to denote the countries as a unit. Africans can continue to learn from the Whites when it comes to leadership – after all it was the introduction of their democracy that have helped oust some stubborn leaders from the public (but personalised) seats of power. Recently, it was Yahya Jammeh of The Gambia who suffered the whips of democracy.

Many Africans look forward to the day presidents like Robert Mugabe of Zimbabwe, Paul Biya of Cameroon and Yoweri Museveni of Uganda would give way to a younger (but frivolous) generation. It is a truism that these leaders contribute in no small measure to why Negroid are considered inferior in comparison to other races. Rather than focus their attention on creating prosperity, they wallow in self aggrandisement from their ill gotten wealth. As fathers of the nation, shouldn’t a father’s core duty be to provide for the children? But when a father violates and steal from his children, in”Africa” we call that abomination. Or is the notion true we are not engineered to excel? Are we wired to fail? The parody of the black race is evident around the world. From young desperate black Africans dying in their thousands while crossing the Mediterranean, to virile African American men taking us back to the Wild Wild West, to black South Africans in the townships engaging in macabre ” burn the foreigners” rituals. The show of shame is unending.

At the international spheres, it seems now that Black people are no more important than the gum underneath a shoe. But this is 50 shades wrong as we are very much important. It is only a matter of time before the anticipated African Renaissance will project the Black race to the top level of the supposed Darwin’s “Evolutionary Ladder.” We wait with bated breath.