How China offer an alternative to the West 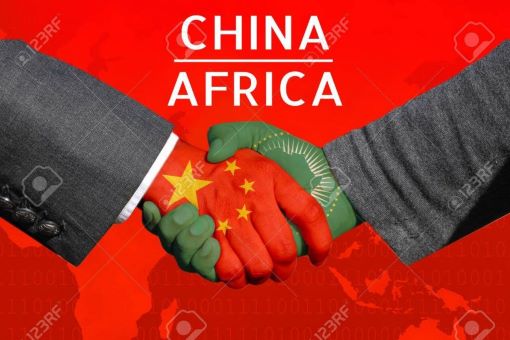 China’s emergence as a super power in the beginning of the present millennium is making the West especially the United State of America uncomfortable. But the emergence of a financial and engineering behemoth that China has become can benefit Africa if properly utilized. THE EMERGENCE OF CHINA AS A SUPER POWER. One of the most

China’s emergence as a super power in the beginning of the present millennium is making the West especially the United State of America uncomfortable. But the emergence of a financial and engineering behemoth that China has become can benefit Africa if properly utilized.

THE EMERGENCE OF CHINA AS A SUPER POWER.

One of the most significant developments in the international system over the last few decades has been the rise of China as a new superpower in the world system. China’s monumental and unprecedented rise is not only rare, but a unique economic success story. China’s economic revival began about 50 years ago. Prior to the introduction of economic reforms and trade liberalization, the Chinese economy was poor, stagnant, centrally controlled and largely inefficient. Above all, it was isolated from the global economy.

In 1979, China opened up her economy to foreign trade and investment. It also implemented free market reforms. And, ever since then, the rest is history. In the last few decades, China has been among the world’s fastest-growing economies. In fact, this economic pace has been described by the World Bank as “the fastest sustained expansion by a major economy in history.”

This economic miracle has lifted an estimated 800 million people out of poverty. In 2018, China became the world’s largest economy (on a purchasing power parity basis), manufacturer, merchandise trader, and holder of foreign exchange reserves.

China was the first country to be hit by the Covid-19 pandemic, yet it managed to avoid going into recession, unlike other major economies. It’s skillful management of the Covid-19, meant that it did not have lockdowns that paralyzed the economies of the United States and other Western countries.

In contrast, the United States’ economy has been hit hard by the worst coronavirus epidemic. The aftermath effects of the Covid-19 pandemic is working in favor of the Chinese economy as opposed to that of the United States.

The Chinese economy is not only benefiting from its skillful management of the pandemic, its aggressive policy on the expansion of manufacturing activities, particularly in the tech sector, has tipped the country to emerge winner in the economic rivalry with the United States.

HOW THIS CAN POSITIVELY IMPACT AFRICA.

If this trend continues, African countries stand to benefit more from China in the area of infrastructural developments. However, for this to be the case, government of African countries need to enter into agreement with these Chinese firms, whose terms and conditions is mutually-benefiting to all the parties. These contracts should not portray a”slavery” or “bondage” for the African countries in question.

Another area that Africa can benefit from China is in the area of human capital development. The African countries can achieve this by leveraging on the China’s Technical and Vocational Education and Training (TVET) model of human capital development. In the knowledge economy of the 21st century, that is controlled by information and communication technologies, it is only countries that can produce the workforce with the right skills that will be able to compete in the global economy. The African countries can reach out to China for help in the area of technical and vocational training.

HOW THIS CAN NEGATIVELY IMPACT AFRICA.

In all their dealings with the Chinese, African countries must avoid getting into the debt-trap of the most populous country on earth. In the last two-decade, China has become Africa’s largest bilateral creditor, larger than any Organization for Economic Cooperation and Development (OECD) lender, and near-matching the World Bank in Africa.

The question is that with China’s Belt and Road Initiative, can Africa escape a debt trap. Already, African governments owe China more than $150 billion and they are finding it difficult to repay. If care is not taken, this could usher in a debt-trap diplomacy. Domestic corruption and economic mismanagement that is prevalent in most African countries could increase the enormous mountain of debt to China.

Although colonization has become outdated and anachronistic, the neo-colonization of Africa by China is almost inevitable given the worsening debt profile and the unprecedented influx of Chinese nationals into Africa. The truth is that the China’s in-road into Africa in recent times is not based purely on ultraistic motives. It is to further the economic interests and global preponderance of China.

What does China really want from Africa? China wants its oil, its rare earth metals, its strategic location, its fertile and arable land, its timber and forest resources and its fish. Will Africa end up serving the global economic ambitions of China  the same way it served the imperialist ambitions of Great Britain, France, Portugal and other European colonialists. The Europeans came to Africa as missionaries and later as colonial masters. Now China has come to Africa as financier and infrastructure builders. At the end of the day, they may end up grabbing Africa’s riches and re-colonizing the entire continent.

We should expect more involvement of the Chinese in exploitation of African natural resources in the coming years. This can lead to further abuse and bad treatment of workers and people by the Chinese given their shylock nature. The poverty and joblessness in Africa will not help matters. The prevalent socio-economic conditions on the continent will encourage the Chinese to see themselves as lords over the locals.

HOW AFRICA CAN NAVIGATE THE CHINESE DOUBLE-EDGE SWORD?

Also, African should adopt the policy non-alignment in the competition between the West and the East. They should not take sides with any of the power bloc. They should remain neutral, so that can benefit maximally from both sides of the ideological divide. Rather than becoming polarized, African countries should pursue policies and programmers that will further their national interests in the international system.

In conclusion, the emergence of a strong China should be welcomed in Africa. But the mistakes made in the past with the West should be avoided. A new slave/master relationship should be avoided. African leaders should not become trapped and sell their people to the new masters from the East. History has not been kind to Africa. Her leaders have fared no better. Africa should find ways of making the relationship with China mutually beneficial. Anything aside this will be injurious to the people of the continent.