2023 Aftermath: Things will never be the same again in Nigeria. 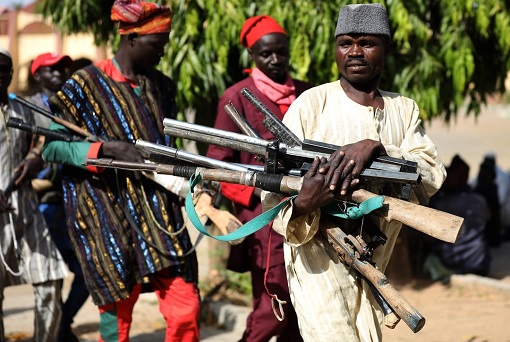 Whoever emerges the president of Nigeria come 2023 will experience a standoff from the other ethnic tribes who fail in the bid to capture the centre. The 2023 election will divide Nigeria along her ethnic lines. If Tinubu wins, the Igbos will probably hate on his administration and do everything within their power to sabotage

Whoever emerges the president of Nigeria come 2023 will experience a standoff from the other ethnic tribes who fail in the bid to capture the centre. The 2023 election will divide Nigeria along her ethnic lines. If Tinubu wins, the Igbos will probably hate on his administration and do everything within their power to sabotage him. If Atiku wins, the Yorubas and the core Igbos will feel left out and the agitation for restructuring will gather steam given Atiku will be another Northern taking overpower from a Northern. If Peter Obi wins, chances are the Yorubas will mostly be left out of choice positions in the administration of Nigeria. And the clamour against Yoruba marginalization will increase with the possibility of friction increasing further between the Yorubas and Igbos in Yoruba land. Whichever way you look at things, the aftermath of 2023 elections will not bode well for Nigeria as a united nation state.

WHY WILL THE AFTERMATH OF THE 2023 ELECTIONS BRING ABOUT DISSATISFACTION.

An Atiku win will leave a sour taste given he will hope to add another eight-year reign from a Fulani Northern.  The Yorubas and Igbos will continue the agitation for nationhood of their own, using Hausa/Fulani hegemony of power in Nigeria as a reason to want out of Nigeria.

A Tinubu win will probably be the complete marginalization of the Igbos, given the Igbos’ attack against his emergence as president. The agitation for a state of Biafra will definitely become loud and deafening.

An Obi ascendancy to power will give the Igbos centre power they have clamoured for quite a while. The Yorubas will be at the receiving end of Igbos muscling in on the South West in respect of property accumulation and entrench further Igbo presence in the South West with the subsequent tension that will arise.

The truth is that Nigeria and Nigerians has never been so divided along ethnic and religious lines like the present times. In demonstration of this current reality, the 2023 presidential elections will be decided along ethnic and religious lines. The voting pattern will be a clear-cut three-way trajectory: the Igbos will vote for Peter Obi; the Yorubas will vote for Bola Tinubu and the Hausas/Fulanis will vote for Atiku Abubakar. However, there could be negligible unsettling of this pattern in some parts of the different regions. This is politics and the leverage and how far reaching the tentacles and grass root support base of each of the three major presidential candidates in the 2023 elections will come into play. But this scenario will be modest and will not be an ultimate factor in the choice of presidential candidates by the electorates come 2023.

WHAT WILL THE STATE OF INSECURITY IN NIGERIA BE AFTER THE 2023 ELECTIONS.

All the major political parties have a Northern representation either as the principal candidate or a deputy. Therefore, a significant push will be made against insecurity, one devoid of prejudice as witnessed under the Buhari administration. But if insecurity is left unchecked by the incoming administration in 2023, Nigeria will probably tear apart sooner or later.

Although there is insecurity in almost all the parts of Nigeria, it is the Northern part of the country that is worst hit. The Boko Haram insurgency that started in the Northeast has snowballed to banditry in the North west and Kidnapping and audacious jail-break in the Northcentral. There had been different attacks on some key military installations and establishment by dare devil’s terrorists.

The 2023 elections present the best opportunity for Nigerians to vote for the candidate they think will stop the nagging problem of insecurity once and for all. Come 2023, on the political solutions to insecurity, Nigerians should be thinking along the lines of the popular parlance: ‘it’s either  now or never’.

A comprehensive plan of action to bring an end to insecurity in the country should occupy the major proportion in the manifesto and campaign of the three major presidential candidates in the 2023 elections. And invariably, the issue of insecurity and how it can be solved should be the main questions the voters and the media should be asking the presidential candidates in the build-up to the 2023 polls.

On the issue of insecurity in the country, business as usual is no longer acceptable. The present administration has failed woefully in the aspect of providing security in the country. One of the key constitutional roles of government is the protection of lives and properties in its domain.

Whoever emerges the winner of the 2023 presidential elections should be able to bring to the table the feasible solutions to the problem of insecurity in the country. Also, he should be devoid of ethnic sentiments and prejudice in the fight against insecurity.

THE CHANCES OF NIGERIA GETTING RESTRUCTURED WILL FURTHER BE EXPLORED.

The agitation for a restructured Nigeria that will leave the North with less power will be explored. And the North will give in somewhat because if they don’t, there will no longer be a Nigeria they can be a part of. The Igbo agitation for a nation state will also be at its loudest if an Obi fail to make it into Aso Rock.

The lopsided structure of the Nigeria federation has increased the dissatisfaction from some sections of the country who claimed they have been marginalized. Their persistent calls for restructuring or even secession is a way of expressing their dissatisfaction with poor economic performance and bad governance in Nigeria.

What Nigeria needs right now is a new constitution that is responsive to the socio-economic, cultural and political changes taking place in the country rather than a piecemeal adjustment. The 1999 constitution is flawed as it confers undue political and fiscal advantages on a section of the country. It therefore becomes herculean to change to a people centric constitution because the said region is unwilling to give up its advantages. A plural and heterogeneous society like Nigeria requires a constitution that is deeply rooted in the principle of true federalism.

A new constitution will also provide a level playing field for all the various section of the country as it will correct the problem of imbalance in fiscal federalism, federal appointments and other socio-economic benefits and opportunities accruing to the various geo-political units in the country.

2023 IN NIGERIA AND BEYOND PORTENDS UNCERTAINTY.

The country is tearing apart at the seam. There are so many challenges facing the average Nigeria that the trust in government is at an all-time low. The government that comes into power will have to give back to the people, or the revolution that has been touted will come to pass. The people’s backs are against the wall and a torrent of whirlwind will force the people to fight back. The challenges are many, and the government must come up with some answers, or the centre will no longer hold.

Nigeria is rapidly moving towards the edge of the precipice. If the current situations are allowed to reach tipping point, disintegration of the country is likely to be the outcome of all these nagging political, security, economic and social challenges confronting the country. The Nigerian situation seems to be going apart at the seams.

The onus is on whoever becomes president in 2023 to provide the platform that will serve as a rallying point for all Nigerians irrespective of ethnicity and religion to join hands to find the lasting solutions to the myriads of social, economic and political challenges confronting the country. Also, he must be benevolent and magnanimous enough to accept people that are not from his tribe. He must be ready to be the president of the entire country and not of a particular tribe or religion.

No doubt, the incoming government in 2023, will face a herculean task in saving the country from imminent disintegration. The work ahead is quite challenging, but the desired results are achievable. 2023 is around the corner. The unfolding events in the coming months will help determine the future of the country.

2023 and beyond will be a watershed moment for the country Nigeria. The centrifugal forces trying to tear the country apart is herculean at the moment. Whoever takes over as the president of Nigeria come 2023 might either preside over a stronger Nigeria, or no Nigeria. There will be no in-betweens.