Israel and Palestine: Will the war continue forever? 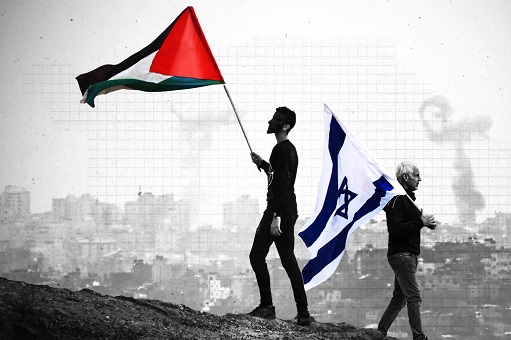 The fight between the Israelites and the Palestine some say emanated from biblical times. With all efforts having failed to find a solution to Palestinian statehood question since the inception of Israel, one then wonders if the enmity between the two neighbours will go on forever. HOW ISREAL WAS CREATED. David Ben-Gurion, the Chairman of

The fight between the Israelites and the Palestine some say emanated from biblical times. With all efforts having failed to find a solution to Palestinian statehood question since the inception of Israel, one then wonders if the enmity between the two neighbours will go on forever.

HOW ISREAL WAS CREATED.

David Ben-Gurion, the Chairman of the Jewish Agency announced the creation of the State of Israel on May 14, 1948. Thus, establishing the first Jewish state in 2,000 years. Ben-Gurion became Israel’s first premier. This marked the restoration of the Jewish homeland after centuries-long Diaspora that followed the collapse of the Herodian kingdom in 1 st century CE.

The foundation of Modern Israel can be traced to the Zionist movement of the late 19th century by Jews in the Russia empire. They agitated for the establishment of a territorial Jewish state after surviving persecution. In 1896, Theodor Herzl, a Jewish-Austrian journalist produced a powerful political pamphlet called ‘The Jewish State’ which advocated the creation of a Jewish state as the only way of protecting Jews from anti-Semitism. Theodor Herzl became the leader of the Zionism movement. He convened the first Zionist Congress in 1897 in Switzerland. The Zionist movement promoted the mass of return of the Jews in diaspora back to their homeland in the Middle East.

The region presently known as Israel was part of Palestine (area of the eastern Mediterranean region comprising parts of modern Israel and the Palestinian territories of the Gaza Strip and the West Bank. The region was ruled under the British Mandate for Palestine until 1948. The Mandate for Palestine was a League of Nation (predecessor of the United Nations) commission for British administration of the territories of Palestine and Transjordan, both of which had been conceded by the Ottoman Empire following the end of World War I in 1918.

In 1947, the United Nations Special Commission on Palestine recommended the partition of Palestine into a Jewish and Arab States in May 1948 when the British Mandate was scheduled to end. The US President, Harry Truman and the Soviet leader, Joseph Stalin instantly recognized the state of Israel when it was established. In fact, Harry Truman recognized the new state on the same day it was created.

The land of Israel is also known as the Holy Land or Palestine. It is the cradle of the Jewish people and the origin of Judaism and Christianity. It contains historical sites that are sacred to many Abrahamic religions, including Judaism, Samaritanism, Christianity, Islam, Druzism, and the Baha’I Faith. The name Israel originates from the name given to Jacob (Genesis 32:29). His 12 sons (Reuben, Simon, Levi, Judah, Dan, Naphtali, Gad, Asher, Issachar, Zebulun, Joseph, Benjamin) (Exodus 1:1).

According to the Bible the Jewish people or the Israelites are God’s chosen and blessed people. The patriarch Abraham and his descendants were promised the Canaan land (the present-day Israel). Other blessings like prosperity were also proclaimed on Abraham and his descendants (Genesis 12:1-7, Genesis 13:14-15 and Genesis 17:7-8).  However, the future ownership of the Canaan land and manifold blessings of prosperity was transferred to Abraham’s grandson, Jacob (later known as Israel) the progenitor of the Jewish race (Genesis 27:28-29, Genesis 28:1-4 and Genesis 28:10-15).

Perhaps, the foregoing explains why the Jews are so successful and rich. The Jews always dominate the Forbes annual list of 400 richest Americans. Some notables Billionaires in the world are Jewish. Some of them include Michael Bloomberg, Roman Abrahamovich, Sergey Brin, Sheldon Adelson, George Soros, Michael Dell, Carl Icahn, Larry Page, Ron Perelman, Len Blavatnik, Steve Cohen, Stephen Ross, Bruce Kovner and Mark Zuckerberg. Also, the intellectual prowess and exploit of the Jews or people of Jewish ancestry is unapparelled. Jews and people of Jewish descent represent about 23% of all Nobel laureates.

Furthermore, it is remarkable that Israel, though surrounded by hostile Arab countries have not succumbed to the enemies., Israel has remained resilient and indefatigable in spite of the many years of confrontation from Palestine. Many Bible scholars believe that Israel will always overcome their enemies based on the biblical promise of victory. (Zechariah 12:2-9).

WHERE WAS PALESTINE LAND BEFORE AND AFTER THE CREATION OF ISRAEL?

Historically, there is no such thing like a Palestinian people, or Palestinian language or a Palestinian culture. There had never been any Palestinian state. The people that are referred to as “Palestinians” in contemporary time are Arabs. They migrated from Arab states into the land that rightfully belongs to Israel. They have Arab culture and Arab antecedent and they speak the Arab language. Hence the Palestinians are relatively newcomers to the land of Israel.

THE STATE OF THE DISPUTE BETWEEN THE ISRAELITES AND THE PALESTINE.

The history of the Israeli-Palestinian conflict has its roots in the creation of the state of Israel in 1948. Although, skirmishes between the Palestine and Israelites began in 1920, it ensued into a full-blown conflict in the 1947-1948 War. This was followed by a series of military conflicts between the Israeli forces and various Arab forces in what has come to be known as the Arab Israeli wars.

At the heart of the Israeli-Palestinian war is the conflict between the Zionist ideology and the Palestinian ideology. Two national movement occupying just one land- two peoples, two nations and one land. The area presently known as Palestine was under the control of the Ottoman Empire. After the collapse of the Ottoman Empire at the end of World War One, Britain was commissioned to take control of the land by the United Nations. The land was occupied by a Jewish minority and Arab majority. Tensions broke out between the two peoples when the League of Nations assigned Britain to create the establishment of the state of Israel in Palestine. The Jews claims the land is their ancestral home. The Palestinian Arabs also lay claim to the land and therefore disagreed with the plan.

The tenacious issues in the Israel-Palestinian conflicts are the future of the Palestinian refugees, whether Jewish settlements in the occupied West Bank should stay or be removed, whether Jerusalem should be shared and whether a Palestinian state should be created that will exist alongside Israel.

The Palestinians made a mistake when they rejected the 1947 UN proposal of a two-state solution. On the part of the Israelis, one of their mistakes is the construction of the so-called barrier on the west bank-most of this wall is on the Palestinian side. Even the International Court of Justice has declared the wall illegal.

POSSIBLE SOLUTIONS TO THE CONFLICT BETWEEN ISRAEL AND PALESTINE

The two-state solution to the Israeli-Palestinian conflict could bring about an end to the many years of unrest and tensions in the region. This will encompass an independent State of Palestine that will co-exist with the State of Israel.

The two foes should accept the creation of a two state as the only solution to the dispute. All parties involved should be ready to compromise in order to keep the peace. Stakeholders such as the USA should therefore enjoin Israel to give up some of the acquired Palestinian land so that some sort of permanent peace can ensue.