Biden in Brussels for NATO meeting. 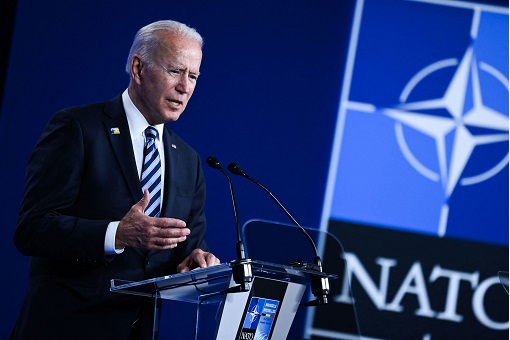 US President Joe Biden on Wednesday arrived in Brussels to take part in the NATO summit, G-7 meeting, and also to speak with the European Council. The meeting is geared to discuss the ongoing military operations in Ukraine and also to reduce Europe’s dependence on Russian gas. Biden attends emergency NATO summit. The  NATO summit

US President Joe Biden on Wednesday arrived in Brussels to take part in the NATO summit, G-7 meeting, and also to speak with the European Council. The meeting is geared to discuss the ongoing military operations in Ukraine and also to reduce Europe’s dependence on Russian gas.

The  NATO summit is set up for Europe to sign a deal with the US president to fix additional U.S liquefied natural gas supply in order for Europe to stop depending on Russia for gas supply. The new deal is intended to help ameliorate US gas shipments to Europe.  The announcement was subsequently made on Thursday at the summit.

Going further, Joe Biden will also be meeting with allies in Warsaw to discuss new sanctions on Russia. It was reported that Russia supplies 40 percent of the EU collective natural gas needs, and also 27 percent of its imports and 46 percent of coal imports. The objective is for Europe to cut ties with Russia in the short and long term.

The Russian military operations in Ukraine have left many homeless and hundreds of civilians dead. President Joe Biden is looking for possible ways for the western allies to impose stronger financial sanctions on Russia for the pain it is causing Ukrainians.

The US National Security Adviser Jake Sullivan stated, “A substantial topic of conversation – a major priority for both the President and his European allies – is to reduce the dependence of Europe on Russian gas, full stop”.

Russian President Vladimir Putin also stated on Wednesday, that Russia will now demand payment in rubles for gas sales to unfriendly countries. This decision by the President has resulted in a hike in the price of gas around the world.

This comes as countries remain indecisive on whether to also impose sanctions on the Russian oil and gas, though the United States already sanctioned its supply. Meanwhile, the allies are expected to develop a consensus on how to react if Russia were to launch a cyber or nuclear attack.

Leaders of the allies have thus agreed to work hand in hand on the purchase of gas, LNG, and hydrogen onward of the next winter. They also fashioned ways to up gas storage in their various countries.

The European Commission on Wednesday stated, “it was ready to lead negotiations pooling demand and seeking gas ahead of next winter, following a similar model to how the bloc bought COVID-19”. He added.

However, leaders will sort for possible ways and also impose laws for countries to fill gas storage ahead of winter.