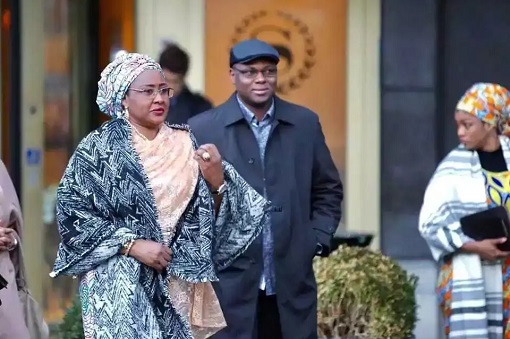 Did you know that the world’s most expensive hospitals are patronized by rich Nigerians? Well, if you had never really thought in that direction, maybe now is the time for you to get updated. Nigerian leaders, especially, are renowned for spending excessively on medical tourism all over the globe; and even the luxurious Ibom Specialist

Did you know that the world’s most expensive hospitals are patronized by rich Nigerians? Well, if you had never really thought in that direction, maybe now is the time for you to get updated. Nigerian leaders, especially, are renowned for spending excessively on medical tourism all over the globe; and even the luxurious Ibom Specialist Hospital in Uyo – which was fashioned after the famous RAK Hospital in Dubai – is not enough to stop them from seeking medical treatment in the “white man’s land”.

Sometime last year, there was a viral video portraying a praying woman which flooded the social media. This Nigerian woman in the diaspora prayed seriously for the death of any less-productive government official who travels to Europe and other continents with his/her family for medical treatment.

Because she discovered that when it came to medical tourism, Nigerians rates amongst the most enthusiastic in the world; so she spent her time preparing a short, but well-detailed, video condemning the actions of Nigeria’s public office holders who fail to invest thoroughly in the development of our medical centers. This was rather a call to action as many citizens were joined in the “nation-wide” discussion.

If there is such a phrase as “5-star hospital”, this would be ideal for describing some of the wellness centers Nigerian leaders patronize. Some of such expensive hospitals include the glamorous Cedars-Sinai Medical Centre in Los Angeles, California; RAK Hospital in Al-Khaimah Dubai; Royal Surrey County Hospital, England; and Asklepios Klinik Barmbek, Germany.

Even though the current economic reality facing Nigeria demands stringent resources-management by the government, several of the nation’s top government officials have chosen to stay fixed on spending excessively – and leading the pack is our supposedly scrupulous President Muhammadu Buhari.

In April 2016, President Buhari jibed that the government would not provide funds for any government official to travel abroad for medical – with an exception to cases that cannot be handled in Nigeria.

However, just two months after – early June 2016 – the President himself was flown to London to be treated for an ear infection. Immediately, the Nigerian Medical Association (NMA) faulted Mr. President’s medical trip and exuded confidence that it embodies very competent Ear, Nose and Throat (ENT) specialists who can treat the president’s ear infection.

Talking about President Buhari’s absence is now stale gist. Very recently, the Minister of State for Health, Dr. Osagie Ehanire, lamented that Nigerians who travelled abroad were not patriotic.

He said, “We need to provide money for our hospitals to upgrade their facilities to discourage people from travelling abroad for medical tourism.

We believe that if we can afford more services, people will be less inclined to travel abroad for medical treatment”. But who is this Minister referring to when he spoke about provision of money? Is he not amongst the government that should upgrade our facilities?

Even though President Buhari has stoked many Nigerians with his incessant trips abroad, it is important for Nigeria to update her health facilities so as to discourage future public office holders from sourcing health solutions in foreign countries.

It is the failing health system fuels that these medical tourisms; and Nigeria has to tackle this because a healthy nation is a wealthy nation.

During Goodluck Jonathan’s era, it was First Lady Patience Jonathan who was flown abroad – on several occasions – to be treated for appendicitis and food poisoning respectively. Before that administration, ex-President Umaru Yar’adua and former First Ladies Turai Yar’adua and Stella Obasanjo, often patronized the West in the name of medical vacations.

Even recently, former Military President, Ibrahim Babangida – who left the country on December 18, 2016 – returned after a 7-week medical vacation in Switzerland. Despite the attempts to reform the Nigerian health sector over the past 30 years, the country still lack a clear and coordinated approach to primary health care.

President Buhari’s month-long medical leave reminds pitiable Nigerians that whilst they financed their leader’s medical care abroad through taxes, they were often stuck with decrepit and poorly-staffed public health facilities at home.

These taxpayers money funds the State House Medical Centre – which is reported to be Nigeria’s best equipped facility – specially created to serve the presidents, vice presidents, their families and staff. For this year, the centre’s budget is a staggering sum of 3.8 billion naira; and this is supposed to cater for a fewer than 1000 people. What is alarming, however, is that the center’s budgeted sum represented just 1 percent of the entire public health budget for the 170 million citizens of Nigeria.

Since so much is spent on the State House Medical Centre, one would expect that President Buhari – who was voted in trust by Nigerians to combat corruption and curb the financial excesses of public officers – would lead by example.

But the President broke his promise to end medical tourism when he danced to the tune of his former predecessors; something he once criticized. It is widely believed that the Daura-born General travels to Europe for medical treatments more often than he did before he was elected President.

Nigerians are disappointed. But what is more confusing is that they do not understand the health situation of their President – nor get reports of his health progress. Whilst top government officials claim that the President is “hale and hearty”, citizens remains perturbed as it is rather more obvious than not that the prolonged return could actually mean trouble.