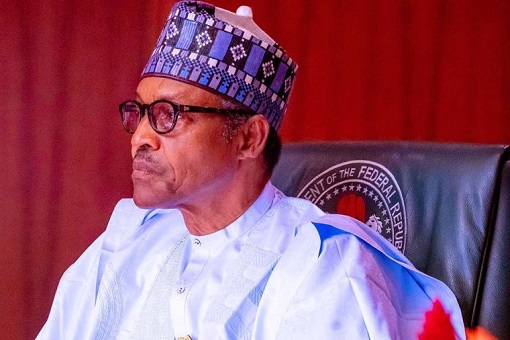 Buhari speaking about corruption and how it has affected the country negatively, said the only possible way to fight corruption in the country is for citizens to live within their means of livelihood and shun avarice tendencies.

Buhari address cause of corruption in the country.

In an interview with the national broadcaster, the NTA, the President was asked about the new leadership of the anti-graft agency, Economic and Financial Crimes Commission, and how the fight against corruption had been overhauled.  His words were, “The problem of corruption is a continuous one for a developing country like Nigeria. People have to accept living within their means. As long as people don’t want to live within their means, so long will corruption be with us.”

The President further said, “The best way is funding by departments, ministries and especially by states. Now, look at local governments in this country, the third tier of government, it is getting less and less effective and they are supposed to be the most effective because they deal with bottom-up especially when it comes to education, healthcare, which are the basic things for the majority of Nigerians. Nigeria must conserve resources to give education and healthcare to the needy.”

The President has been interviewed on national TV in the last two days, and he has talked about the clause affecting the country, starting from corruption, state policing, and insecurity which seems to be the major issue affecting his regime.

Corruption and insecurity have been the major call out for the President to look into. If the President can work towards a lasting solution to put an end to insecurity and corruption before he leaves office, he would be a hero Nigerians would never forget in a trice.

“Corruption is an anti‐social attitude awarding improper privileges contrary to legal and moral norms and impairs the authorities’ capacity to secure the welfare of all citizens. Corruption in Nigeria is a constant phenomenon. In 2012, Nigeria was estimated to have lost over $400 billion to corruption since its independence. In 2018, the country ranked 144th in the 180 countries listed in Transparency International’s Corruption Index (with Somalia, at 180th, being the most corrupt, and Denmark the least). Nigerian politicians find themselves in a strong position of power and wealth due to their connections with the oil and gas industries in Nigeria.

These gas industries are under the control of the state-owned Nigerian National Petroleum Company (NNPC). Oil and gas exports account for over 90% of all Nigerian export revenues. While many politicians own or have shares in these industries, tax revenues from the energy sector are diminished and the benefits of Nigeria’s energy wealth are not evenly distributed throughout the country with Lagos State benefitting disproportionately. Oil and gas revenues, therefore, account for the vast majority of the federal budget and the salaries of government officials.

Vote rigging by political parties in elections is widespread and corruption is endemic within government. Business arrangements and family loyalties dominate governmental appointments paving the way for politicians, officials, and their business associates who together make up the ruling elite to ensure that they all become wealthy through behind-the-scenes agreements and the awarding of profitable contracts to favored supporters.

In 2018 many government employees received annual salaries in excess of $1 million. Corruption runs through every level of the Nigerian government. From massive contract fraud at the top, through petty bribery, money laundering schemes, embezzlement and seizing salaries from fake workers, it is estimated that corruption within the state apparatus costs the country billions of dollars every year”. This section is culled from WIKIPEDIA.