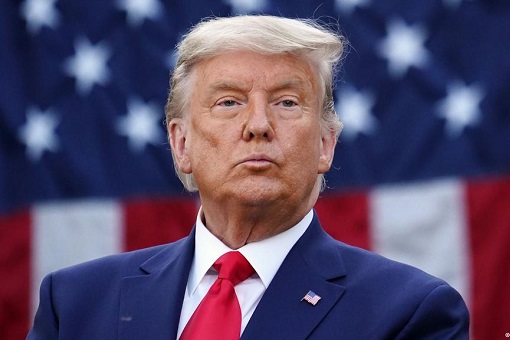 Donald Trump has responded to a Republican senator who mocked him over his loss of the 2020 election. The senator went on ABC News on Monday to declare that Donald Trump’s campaign “simply did not win” in 2020 election.

Trump replies Republican over the loss of 2020 election.

Senators Mike Rounds stated that Donald Trump lies and widespread fraud and misconduct obviously led to his failure in the 2020 election. Donald Trump replied by saying, “Is he crazy or just stupid? The numbers are conclusive, and the fraudulent and irregular votes are massive. The only reason he did this is because he got my endorsement and easily won his state in 2020, so now he thinks he has time, and those are the only ones, the weak, who will break away.

Even though his election will not be coming up for 5 years, I will never endorse this jerk again,” he said.

Senators Mike Rounds, also said Donald Trump was seeking to overturn his defeat by attempting legal challenges to stop the certification of his defeat by congress.

According to him, “There were none of the irregularities which would have risen to the point where they would have changed the vote outcome in a single state.

Absent overwhelming evidence of constitutional violations in an election process, objecting to the Electoral College vote count is dangerous and unwise. It flies in the face of our Founding Fathers, who intended individual states to operate their own election processes and entrusted the adjudication of election disputes to the courts”, Mr. Rounds said.

However, what would be Mr. Rounds fate when he is up for a reelection is not certain. The election has come and gone, there shouldn’t be a need for back-and-forth on air, all effort should be channeled to Joe Bidens administration in reforming the country.

Donald John Trump, born June 14, 1946, New York, U.S, 45th president of the United States (2017–21). Trump was a real-estate developer and businessman who owned, managed, or licensed his name to several hotels, casinos, golf courses, resorts, and residential properties in the New York City area and around the world.

“The 2016 presidential campaign of Donald Trump was formally launched on June 16, 2015, at Trump Tower in New York City. Trump was the Republican nominee for President of the United States in the 2016 election, having won the most state primaries, caucuses, and delegates at the 2016 Republican National Convention. He chose Mike Pence, the sitting governor of Indiana, as his vice-presidential running mate. On November 8, 2016, Trump and Pence were elected president and vice president of the United States.

Trump’s populist positions in opposition to illegal immigration and various trade agreements, such as the Trans-Pacific Partnership, earned him support especially among voters who were male, white, blue-collar, working class, and those without college degrees. Many of Trump’s remarks were controversial and helped his campaign garner extensive coverage by the mainstream media, trending topics, and social media.

Trump’s campaign rallies attracted large crowds as well as public controversy. Some of the events were marked by incidents of violence between Trump supporters and protesters, mistreatment of some journalists, and disruption by a large group of protesters who effectively shut down a major rally in Chicago.

Trump himself was accused of inciting violence at his rallies. Trump’s disdain for political correctness was a staple theme of his campaign and proved popular among his supporters. Many, including some mainstream commentators and some prominent Republicans, viewed him as appealing to racism, a charge that Trump has repeatedly denied.

Trump’s most polarizing and widely reported proposals were about issues of immigration and border security, especially his proposed deportation of all illegal immigrants, the proposed construction of a substantial wall on the Mexico–United States border at Mexican expense, his characterizations of many illegal Mexican immigrants as “criminals, drug dealers, rapists, etc.”, and a temporary ban on foreign Muslims entering the U.S. (which he later modified to apply to people originating from countries which he described as having a history of terrorism against the United States or its allies)”. This section is culled from WIKIPEDIA.