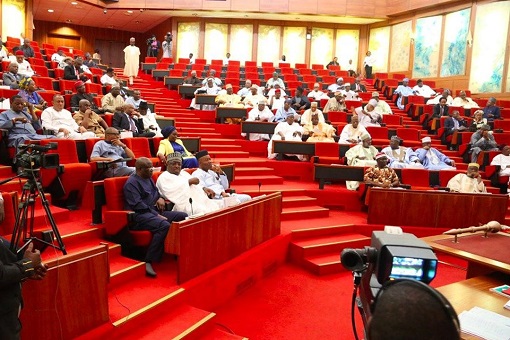 The consensus mode of primary in the Electoral Act Amendment Bill as earlier suggested by the President, Muhammadu Buhari has been included by the Senate on Wednesday. However, the compulsory direct primaries have been deleted from the bill. National Assembly, Senate work Electoral Act Amendment bill. The National Assembly, the Senate and the House of

The consensus mode of primary in the Electoral Act Amendment Bill as earlier suggested by the President, Muhammadu Buhari has been included by the Senate on Wednesday. However, the compulsory direct primaries have been deleted from the bill.

Dating back to the interview on Channels TV, President Muhammadu Buhari, had said that the lawmakers should include consensus, beside direct and indirect primaries.

According to the President, “All I said (is that) there should be options,” he said. We must not insist that it has to be direct; it should be consensus and indirect.”

Dating back, the President had vetoed the electoral bill and sent it back to the National Assembly over the limitation of political parties to direct primaries, of which the House of Representatives and the Senate had postponed the bill after the Christmas and New Year break . The House of Representatives on Wednesday amended Clause Section 87 of the Electoral Act 2010 which is Clause 84 of the electoral bill, which they inserted the indirect primary option.

Going further the Senate, however, adopted Clause 84(2) as recommended by the Committee of the Whole and approved direct primary, while the indirect primary or consensus as procedure for the nomination of candidates by political parties for elections. The disagreement between both houses in a way might delay the passage of the bill.

The Senate also approved the recommended Clause 84(3) which direct that, “A political party that adopts the direct primaries procedure shall ensure that all aspirants are given equal opportunity of being voted for by members of the party and shall adopt the procedure outlined below:  In the case of Presidential Primaries, all registered members of the party are to vote for aspirants of their choice at a designated center at each ward of the federation. similar procedure as in above, shall be adopted for governorship senatorial, federal and state constituencies”.

However, it must be noted that the House of Representative and the Senate has done a good job by amending the clauses in the Electoral Act Amendment bill, earlier vetoed by the President last year.

It consists of 109 senators: the 36 states are each divided in 3 senatorial districts each electing one senator using the first-past-the-post electoral system; the Federal Capital Territory elects only one senator also using first-past-the-post. The President of the Senate is the presiding officer of the Senate, whose chief function is to guide and regulate the proceedings in the Senate.