Evidence that Donald Trump will be president again in 2024. 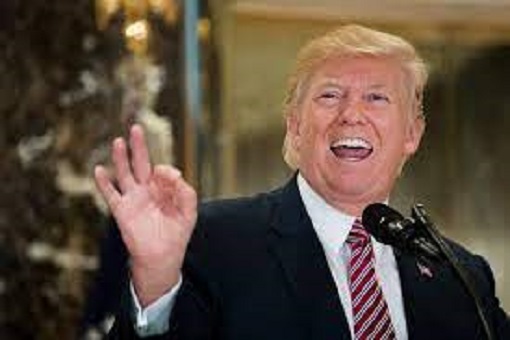 That Donald Trump the media personality and real estate tycoon that became the 45th president of the United States is larger than life is stating the obvious. The billionaire property developer is also the richest American president in history. In 2016, he became the first person without political or military experience to be elected the

It should not be forgotten in a hurray because of his charisma, outspokenness, eccentricity, flamboyance and unconventional ways of governing.

While many think that he is a misfit that brought American democracy to disrepute during his presidency, especially in the wake of the Capitol insurrection, many of his ardent supporters, especially the white supremacist sees him as a politically correct personality that can make America great again, particularly for the white Americans.

Donald Trump’s popularity among the disgruntled working- class white Americans put him in a good position for a re-election into the White House in 2024. Many of these folks believes that the white Americans are losing ground to other ethnic groups in the area of economic opportunities and other aspects of national life. His tough stance on immigration and aversion for a multi-cultural American society has endeared him to the white nationalist.

Donald trump is presently being deified by the white nationalists and some elements in the Republican party. In him, they see a hero with boldness, glamor, generosity and charisma. He achieved some of the long-sought conservative victories including tough new immigration restrictions, the biggest corporate tax cuts in history, withdrawal from several international agreements, closer ties with Israel, reshaping of the judiciary and the elimination of scores of regulations.

To many Americans, Trump stands as a hero against socialism, immigration and multiculturalism. He has remained active politically, holding rallies and other events across America. His presence and reception at many of these events are clear indication of his continuous relevance and growing popularity. Republicans and Democrats are dumbfounded over the persistent enthusiasm of Trump’s supporters.

As Joe Biden begins his second year in office many have lost confidence in his ability to turn around the dwindling fortune of the United States. His popularity began to nosedive as the Delta variant of the Covid-19 spread across the country and with the unprecedented rate of inflation – nearly 40-year high. Then came the United States chaotic withdrawal for Afghanistan.

Though many Americans favored withdrawing from Afghanistan, the way the United States forces left, dent a blow on Biden’s image of competence and experience. His failure to pull Russia back from the brink of war with Ukraine has undermine the perception of Biden as a skilled foreign policy guru who would restores America’s leadership position in the international scene. Much of his domestic agenda is stalled in Congress.

Joe Biden faces the prospect of challenges form some members of the Democratic party over concern about his age- he will be 82 shortly after the 2024 presidential election. Also, Democratic party has lost the ability to build a broad-based coalition, and consequently, is finding itself in an increasingly unelectable and unattractive position.

The United States and the entire world have missed the drama of the aberrant Donald Trump. His outspokenness and irregular ways of governing made him a constant focus of public attention. He used is office to criticize many of his enemies. He became the first president of the United States ever to be impeached twice.

He goes down in the history books as the first president in more than 150 years to refuse to attend his successor’s inauguration.  His more than 26,000 tweets as president were provocative as well.

A Trump presidency in 2024 might just be what America and the rest of the world need. His ability to push through many domestic and foreign policy issue even in an unconventional way makes him a strong, articulate and charismatic leaders that the United States and indeed the entire world needs right now.