Guys who Date Single Mom: Is it Love or Settling for Left Over? 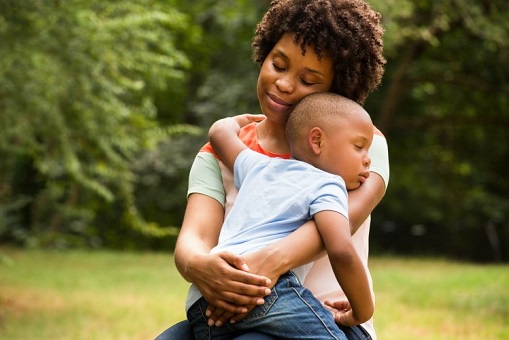 Before now, whenever I meet or become friends with a lady who has got a baby but not living with her husband or the boyfriend who got her pregnant, I usually advise her to look for someone who is very close to the man (her baby’s daddy) and plead  with the person to help beg

Before now, whenever I meet or become friends with a lady who has got a baby but not living with her husband or the boyfriend who got her pregnant, I usually advise her to look for someone who is very close to the man (her baby’s daddy) and plead  with the person to help beg the man to take she and the baby back.

Is it safe to date a single mom?

My reason? Some of these ladies usually want to have “things” with me, but I totally hate having an affair with any lady who has carried pregnancy for another man and eventually give birth to a baby for him.

I see such ladies as married women, and I believe any man sleeping with a married woman is a fool who doesn’t know what he’s bringing on himself. But in recent times, I’ve come to understand that what some of these ladies have done that made their man to dump them is so bad that it’s only God that can help their situation. So, when I saw this piece I got very interested. Read below:

A guy tells his friend he has just met an amazing woman, beautiful in and out with all the right qualities he has ever wanted. To cap it all, he wants to marry her because he doesn’t know when he would meet such a rare woman again. But the snag is; she has a kid.

The friend looks at him incredulously, ‘are you out of your mind? Why do you want to acquire an unnecessary baggage? Single girls don finish for market?’

There are tons of women in this world who have no kids and who are marriage material but for some reason, some fellas tend to go with the single moms. Well, maybe the bottom line is that guys would always be with whoever fits at the moment. Women end up as single mothers for different reasons but whatever the reason might be, the fact is that they made a decision to keep their babies not minding the way people would look at them or tag them as ‘single moms’.

At the end of the day, there are so many reasons as to why a person would want to get involved with a single mum and why the mum is single. So, if a woman decides to keep her baby, does this tag her as a loose woman because she has an evidence to show for it? Does this mean she deserves less in life? Does this mean a prospective in-law’s family should put their foot down and refuse to sanction the marriage just because of her kid? The interesting thing is that there are some very attractive single women around.

However, whether attractive or unattractive, some fellas still look at them and ‘wife’ them. Can we say it’s because their life is predictable, stable or convenient in a way? Ok.. she’s always home from 8pm so you know when to call, she hardly hang out with the girls, no clubbing.. although this doesn’t apply to all.

Some still find a way to ‘catch fun’ without limits especially if their kid isn’t permanently with them or they have good support system in place. Oh yeah, people have said things like ‘hide your kids from your man, drop the kid with your mom and start life over again so that men can look at you, then, you can tell the man about your kid/kids later i.e. when you are sure he’s ready to be committed.

However, there are some very strong women who decide to have their kid with them permanently not because they do not have a support system in place, but because they want to be with their child at every milestone.

They don’t see themselves parting with their kid for any reasons. Especially ladies who had their kid at a more matured stage in their life when they were expected to have settled down but for one reason or the other, the relationship didn’t work out.

These ladies aren’t desperate for love neither are they looking for a man to support them financially. They let the world know they are single moms and are proud of their kids. [But society see such has arrogant women].So, guys, what could be the reason? Why would you date and marry a single mom? This is especially to the single guys who have had no kids in a previous relationship.

Someone said it could be a compromise or settling for less? or the fact that the guys knew they would never have had the opportunity to date such caliber of attractive women who would never look at them if she had no kid. [Once most ladies have kid(s) their value drop drastically]Yes, there are single fathers as well but the focus of this discourse is on single moms.

This is because more stigma is attached to a single mom than a single dad. Nobody raises any eyebrow if a single lady decides to marry a guy who has kid/kids either through widowhood, a baby mama or a previous marriage but a male in the same condition goes through hell with friends and family asking him not to go ahead. And truly there are lots of attractive single girls out there who are seeking for a man to settle with. So, the question is: what would make you consider a single mom (with one or more kids) even though there are many single ladies without kids around you? [Different strokes for different folks! Written by Yetunde Olasiyan