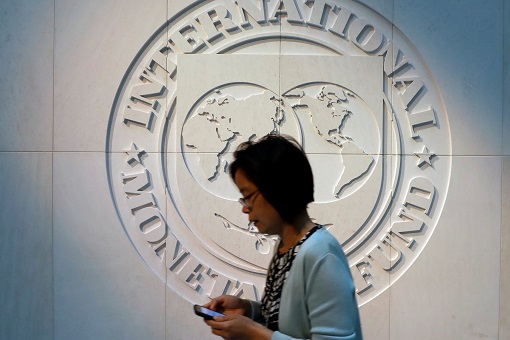 A country in severe financial trouble, unable to pay its international bills, poses potential problems for the stability of the international financial system, which the IMF was created to protect. Any member country, whether rich, middle-income, or poor, can turn to the IMF for financing if it has a balance of payments need—that is, if

A country in severe financial trouble, unable to pay its international bills, poses potential problems for the stability of the international financial system, which the IMF was created to protect.

Any member country, whether rich, middle-income, or poor, can turn to the IMF for financing if it has a balance of payments need—that is, if it cannot find sufficient financing on affordable terms in the capital markets to make its international payments and maintain a safe level of reserves.
IMF loans are meant to help member countries tackle balance of payments problems, stabilize their economies, and restore sustainable economic growth. This crisis resolution role is at the core of IMF lending. At the same time, the global financial crisis has highlighted the need for effective global financial safety nets to help countries cope with adverse shocks. A key objective of recent lending reforms has therefore been to complement the traditional crisis resolution role of the IMF with more effective tools for crisis prevention.

Leading by the IMF is not as a development bank

The IMF is not a development bank and, unlike the World Bank and other development agencies, it does not finance projects.
The changing nature of lending
About four out of five member countries have used IMF credit at least once. But the amount of loans outstanding and the number of borrowers have fluctuated significantly over time.
In the first two decades of the IMF’s existence, more than half of its lending went to industrial countries. But since the late 1970s, these countries have been able to meet their financing needs in the capital markets.
The oil shock of the 1970s and the debt crisis of the 1980s led many lower- and lower-middle-income countries to borrow from the IMF.
In the 1990s, the transition process in central and eastern Europe and the crises in emerging market economies led to a further increase in the demand for IMF resources.
In 2004, benign economic conditions worldwide meant that many countries began to repay their loans to the IMF. As a consequence, the demand for the Fund’s resources dropped off sharply .
But in 2008, the IMF began making loans to countries hit by the global financial crisis The IMF currently has programs with more than 50 countries around the world and has committed more than $325 billion in resources to its member countries since the start of the global financial crisis.
While the financial crisis has sparked renewed demand for IMF financing, the decline in lending that preceded the financial crisis also reflected a need to adapt the IMF’s lending instruments to the changing needs of member countries. In response, the IMF conducted a wide-ranging review of its lending facilities and terms on which it provides loans.
In March 2009, the Fund announced a major overhaul of its lending framework, including modernizing conditionality, introducing a new flexible credit line, enhancing the flexibility of the Fund’s regular stand-by lending arrangement, doubling access limits on loans, adapting its cost structures for high-access and precautionary lending, and streamlining instruments that were seldom used. It has also speeded up lending procedures and redesigned its Exogenous Shocks Facility to make it easier to access for low-income countries. More reforms have since been undertaken, most recently in November 2011.
Lending to preserve financial stability
Article I of the IMF’s Articles of Agreement states that the purpose of lending by the IMF is “…to give confidence to members by making the general resources of the Fund temporarily available to them under adequate safeguards, thus providing them with opportunity to correct maladjustments in their balance of payments without resorting to measures destructive of national or international prosperity.”
In practice, the purpose of the IMF’s lending has changed dramatically since the organization was created. Over time, the IMF’s financial assistance has evolved from helping countries deal with short-term trade fluctuations to supporting adjustment and addressing a wide range of balance of payments problems resulting from terms of trade shocks, natural disasters, post-conflict situations, broad economic transition, poverty reduction and economic development, sovereign debt restructuring, and confidence-driven banking and currency crises.
Today, IMF lending serves three main purposes.
First, it can smooth adjustment to various shocks, helping a member country avoid disruptive economic adjustment or sovereign default, something that would be extremely costly, both for the country itself and possibly for other countries through economic and financial ripple effects (known as contagion).

Second, IMF programs can help unlock other financings, acting as a catalyst for other lenders. This is because the program can serve as a signal that the country has adopted sound policies, reinforcing policy credibility and increasing investors’ confidence.

How leading by the IMF can help prevent crisis.