Mass kidnapping continues unabated in Nigeria as more are abducted in Abuja. 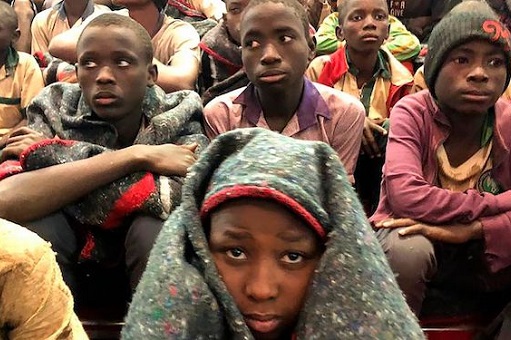 Kiyi town in the Federal Capital Territory was hit yesterday Wednesday 24th of March 2021 by the adoption of four persons. The kidnappers later demanded N200 million as ransom. Mass kidnapping continues unabated in Nigeria as this incident further put the spotlight on the kidnap-for-ransom crisis obtained in the country at present. Mr. William Salami

Kiyi town in the Federal Capital Territory was hit yesterday Wednesday 24th of March 2021 by the adoption of four persons. The kidnappers later demanded N200 million as ransom. Mass kidnapping continues unabated in Nigeria as this incident further put the spotlight on the kidnap-for-ransom crisis obtained in the country at present.

Mr. William Salami an elder brother to one of the victims stated the kidnappers had made contact demanding N50 million for each of their victims. “The kidnappers called once, asked for N50 million ransom for one person. When they raided the houses, they did not carry any property, except a cooking pot, probably to be cooking in the bush” he quipped. ASP Miriam Yusuf the FCT police command spokesperson stated the police’s action to rescue the victims and bring the criminals to justice is already ongoing.

Nigeria with a suggested population of about 200 million people has been bedeviled in recent times especially in the Northern part of the country with the mass adoption of school children, road travelers and nursing mothers.

Many have called on the government and the country’s security apparatus to put a check to this menace without any concrete result. This with other reasons has culminated in the call by different non-state actors for the secession of regions in the South of the country from the Nigerian state. Fulani herdsmen are touted to be behind the increased spate of kidnapping and bloodletting being witnessed in the country.

Kidnapping for ransom has become a booming enterprise in the Northern part of Nigeria with some insisting there is a collaboration by politicians and the security apparatus in the menace. A total of 800 students have been taken since December 2020 in at least five school kidnapping incidents in Northern Nigeria.

On February 27, “bandits” attacked the Government Girls Secondary School in Jangebe, Zamfara State and kidnapped some three hundred girls. On the 12th of March 2021, gunmen invaded the Federal College of Forestry Mechanization in Mando, Kaduna and kidnapped 39 students which include 23 females and 16 males. However, unlike previous incidents of school kidnapping where ransom was suggested to be paid and the students released, the Kaduna State governor has insisted on not negotiating with these bandits. Thus, the students are presently at the mercy of their adaptors.

The APC led government has insisted they are doing all their best in cubbing and putting an end to mass abductions in the country. These acts perpetrated by “bandits”, a loose term for kidnappers, Fulani herdsmen, cattle rustlers, armed robbers, and other armed militia operating in the region and the larger part of the country mostly motivated by money. The government however insist all the criminality presently being experienced in the country will soon become a thing of the past.