Nigeria should not be importing petrol; unfriendly policies will be resisted NLC. 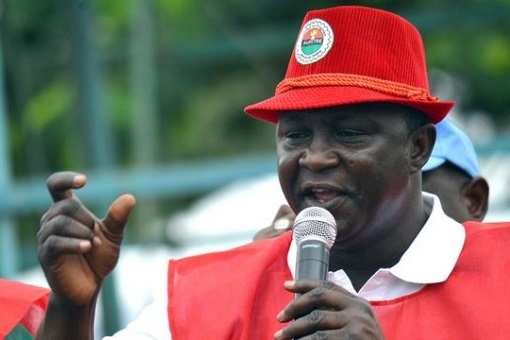 This was stated in Abuja by the Nigeria Labour Congress President, Ayuba Wabba, on the 48th National Executive Council meeting of the Medical and Health Workers’ Union of Nigeria. Ayuba Wabba, called on Nigerians to be ready to fully mobilize and reject the Federal Government’s unfriendly policies by all means if they were implemented in 2022 as proposed.

Why Nigeria still depends on importation of petrol.

Ayuba Wabba stated, “The NLC has remained very consistent in its position about the issue of what we call subsidy. The position of the NLC is that Nigeria has no reason to continue to import refined products for domestic use, particularly PMS, because we’ve also found out that we are the only member country of OPEC that is doing that.

It’s an imposed policy on Nigeria, and our leaders must find a way and means to get us out of that imposition. We have made this point very clear that because of the devaluation of our currency, it then means that the policy of importation will continue to have a negative impact on consumers.”

The Nigeria Labour Congress President, Ayuba Wabba, said that the Labour movement would meet on today (Thursday) to review the positions of the International Monetary Funds, the World Bank and the Federal Government through the Minister of Finance, Mrs. Zainab Ahmed, on fuel subsidy.

He also warned the government, “Not to transfer its inefficiency to the Nigerian people by inflicting more pains on the masses in 2022,” saying the proposed N5,000 palliative was not sustainable”.

Ayuba Wabba stated, “That remains the official position of the NLC. But we are going to meet Thursday the 16th of December 2021. He further stated that there will be a review at the level of the National Executive Council of the pronouncements that have been made by the IMF, the World Bank and even by the Nigerian government through the Minister of Finance.

There will be an official position of the NLC National Executive Council, which is composed of all our state councils, presidents and general secretaries of our 49 affiliates.

There will be an official statement and actions that will be lined up to try to do proper engagement to make sure that they don’t impose this policy on Nigerians.

There are many factors that have not been considered. As I speak, in 49 countries around the world, energy is still subsidized. So, our own is about making the process transparent, which shall be part of the program.

It’s still a mystery that despite the fact that diesel and kerosene have been deregulated, the prices have never come down even when the price of crude oil at the international market was almost at zero dollar; the prices never came back; Nigerians must realize that.” He added.