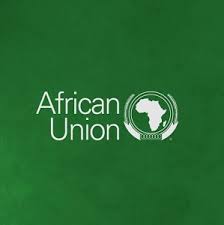 One of the commonly held beliefs, especially amongst Africans, is that the African Union (AU) has failed to live up to its expectation in modern times. When a discussion involving the continental body is incited, many of such Africans are quick to brand the organization a “toothless bulldog” or “lame duck” – without actually having

One of the commonly held beliefs, especially amongst Africans, is that the African Union (AU) has failed to live up to its expectation in modern times. When a discussion involving the continental body is incited, many of such Africans are quick to brand the organization a “toothless bulldog” or “lame duck” – without actually having a thorough look at the jobs done, the plans made or the challenges cited.

For these critics, there are very little continental progresses that can be attributed to the supposed African Hub, which slowly responds to security threats, prioritizes power over justice, and fails to adequately represent the needs of the continent’s 1.2 billion citizens. That many Africans seem to exude greater confidence in the United Nations, European Union than the African Union is, in itself, a challenge.

Over the last 10 years, the African Union has been playing pivotal roles in the build-up of Africa – gearing it towards sustainable development. As the successor of the Organization of African Unity (OAU) – which was created in 1963 to eliminate the vestiges of colonialism and strengthen Africa’s independence, the African Union was launched in July 2002 with the aim of accelerating the process of integration within the continent so that it may play a more prominent role in the global economy whilst addressing Africa’s social, economic and political problems.

Tasked with the vision to build an integrated, prosperous and peaceful Africa driven by its own citizens and representing a dynamic force in global arena, this new body has been effective in boosting cooperation and unity amongst Africans – putting its efforts towards diminishing conflicts and strengthening good governance.

The AU has clearly had reasonable successes through its direct contributions – and collaborations with the international community – to settling and minimizing conflicts in trouble spots like Sudan and resolving post-election violence in Cote d’Ivoire and Kenya.

It has also forced coup-makers and power-hungry leaders to vacate office for more refined, civilian regimes – with the case of Yahya Jammeh and Adama Barrow in The Gambia being the latest. Unlike the OAU which adopted a doctrine of “non-interference” in the internal affairs of member states, the AU – and its secretariat, African Union Commission (AUC) – is well-empowered to interfere in member states so as to promote peace, promote democracy and foster the development of the citizenry.

In 2011, El Ghassim Wane, the AU-C Director of Peace and Security, noted that the AU made great strides in managing some of the region’s hot conflicts; from Somalia to Libya, and the independence of South Sudan. He said “I would say that we succeeded in enhancing our operation in Somalia, we have succeeded in helping the Sudanese in organizing a self-determination referendum in South Sudan followed by the independence of South Sudan”.

The African Union has also successfully strengthened financial and economic ties with China. It continues to pay more attention to international development cooperation and relationship with international partners; and this is obvious as China solidified their presence in Africa by housing the AU in a magnificent multi-million dollar complex in Addis Ababa, Ethiopia. This, according to the Chinese, was a “gift” to Africa.

Meanwhile, the AU – through its Agenda 2063 – calls for Africans/lovers of Africa to work together with in preparing a prosperous and peaceful continent by 2063.

This aspiration reflects Africa’s desire for shared prosperity and well-being, unity and integration, for a continent of free citizens and expanded horizons, where the full potentials of the African people are realized – with freedom from fear, disease and want.

The African Union is still working assiduously, and would still come up with relevant and practical conceptualization of innovative and transformative partnerships, which its member states would certainly need to complement national development efforts. If this, and the Agenda 2063 vision plan, would be realized, Africans need to show faith and rise to the pedestals – in their various communities and within their capacities – to work committedly for the development of young people, promotion of human rights, entrenchment of education and the eventual realization of the Africa we all want.