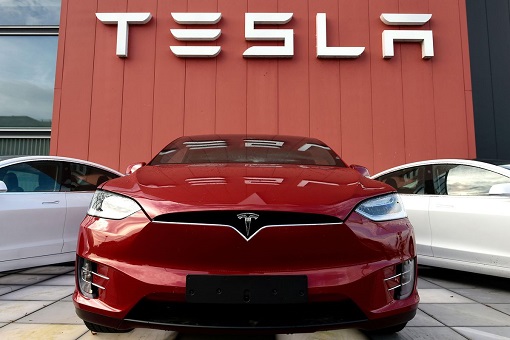 While wind and solar power have made great strides in recent years, with renewables now accounting for 22% of electric energy generated, the issue that has held them back has been their transience. The sun doesn’t shine at night and the wind doesn’t blow year-round – these are the mantras of all those opposed to the

While wind and solar power have made great strides in recent years, with renewables now accounting for 22% of electric energy generated, the issue that has held them back has been their transience. The sun doesn’t shine at night and the wind doesn’t blow year-round – these are the mantras of all those opposed to the progress of renewables.

Now the renewable power billionaire Elon Musk has just blown away that final defence. Last Thursday in California he introduced to the world his sleek new Powerwall – a wall-mounted energy storage unit that can hold 10-kilowatt hours of electric energy, and deliver it at an average of 2 kilowatts, all for US$3,500.

That translates into an electricity price (taking into account installation costs and inverters) of around US$500 per kWh – less than half current costs, as estimated by Deutsche Bank. That translates into delivered energy at around 6 cents per kWh for the householder, meaning that a domestic system plus storage would still come out ahead of coal-fired power delivered through the conventional grid. What’s more, Musk is going to manufacture the batteries in the United States, at the “gigafactory” he is building just over the border from California in Nevada. He is not waiting for some totally new technology, but is scaling up the tried and tested lithium-ion battery that he is already using for his electric vehicles.

Tesla: Not just for homes

Now the fossil fuel companies – from fuel suppliers such as coal miners to coal-burning electric power utilities – will be on the defensive, fighting the new normal of cheaper renewable supplies and storage. Instead of asking “can we have our own energy system?” communities will be asking “why can’t we have it?” The Tesla Energy system launched last week is comprehensive, with global ramifications.

The Powerwall system offering 10 kWh is targeted at domestic users. It is complemented by a commercial system termed the Power pack offering 100 kWh storage, and a stack of 100 such units to form a 10 megawatt hour storage unit that can be used at the scale of small electricity grids.

Whole communities could build micro-grid power supply systems around such a 10 MWh energy storage system, fed by renewable energy generation (wind power or rooftop solar power), at costs that just became super-competitive. At his launch last week, Musk maintained that the entire electric power grid of the US could be replicated with just 160 million of these utility-scale energy storage units. And two billion of the utility-scale units could provide storage of 20 trillion kWh – electric power for the world.

It is instructive to put these numbers in context. There are already around 2 billion cars and commercial vehicles on the world’s roads, and nearly 100 million new vehicles are being added every year. If it’s feasible to build these exhaust-pumping complex machines, it’s certainly feasible to build the storage units that will help to make them unnecessary. What’s more, Elon Musk has just announced that he intends to do so.

Musk is a Henry Ford-style figure who takes others’ innovations and scales them up, taking the breathtaking entrepreneurial leaps that others can only dream about. Suddenly the world of renewable energy just moved to become the new normal – because when combined with cost-effective storage it becomes unbeatable.

There are already Chinese companies such as BYD producing their own energy storage units based on lithium ion technology for both domestic and commercial usage – although not as sleek nor as cheap as the new Tesla offering. But give them time and they will be producing at comparable scale and cost, or bettering it. This is capitalist competition – and its propagation is what makes Tesla’s announcement the start of the real renewables revolution.

REUTERS/Carlos BarriaA charging spot is seen at the stage of Chinese automaker BYD during the opening day of the Shanghai Auto Show April 19, 2011.

Tesla: No going back

What about Australia and the sorry state of affairs in which the Abbott government can see nothing beyond coal exports and does everything it can to halt the transition to renewables? Tesla’s announcement has just shifted the ground beneath their feet. No longer can anyone in Australia claim that renewables would be “nice” if only they came with storage.

Now they do. A smart government in Australia would be looking to ride this wave and promote Australian renewable technology as a source of wealth for the country in a post-fossil fuel era. Finally we would be able to move beyond the fruitless debates in Australia over whether to have a carbon tax or not, and move to the more immediate and practical issue of promoting renewable industry and technology.

China has given the world a huge lesson in the business-like way it has gone about building and promoting its renewable energy industries, importing technology from around the world and now improving on it as well, and scaling up production so as to drive down costs. Now Musk and his Tesla Energy have just taken that process one decisive further step, to encompass storage as well as renewable power generation. From here there is no going back. By John Matthews