The Trump Effects That will continue to Resonate Around The World 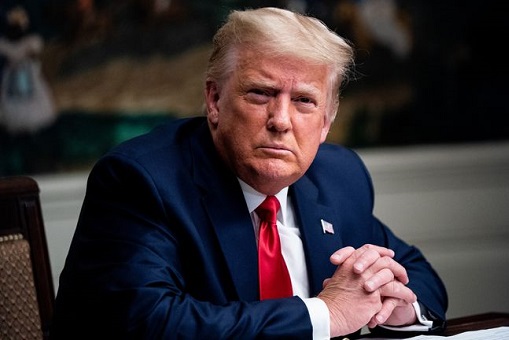 For onlookers and participants alike, there is no doubt that the emergence of Donald Trump as the 45th President of the United States of America brought in a new level of worry all over the globe. His ‘Second Amendment People’ jibe, amongst other X-rated campaign speeches, have undoubtedly created unnecessary tensions – first amongst Americans,

For onlookers and participants alike, there is no doubt that the emergence of Donald Trump as the 45th President of the United States of America brought in a new level of worry all over the globe. His ‘Second Amendment People’ jibe, amongst other X-rated campaign speeches, have undoubtedly created unnecessary tensions – first amongst Americans, then for citizens all over the globe.

And once inaugurated President, his strict executive order that blocked immigration from 7 Muslim countries, and stopped refugees’ resettlement for at least 120 days, intensified global fears.
In a prestigious superpower like America, playing politics with security is viewed as diplomacy; necessary for the firmer entrenchment of the nation’s position of power. But a rather blunt President Trump has refused to do as the occasion demands. Whereas other First World nations and potential superpowers are open-armed to receive refugees — especially those from the troubled Syria — the Trump led U.S., on March 6, 2017, sealed a revised version of an existing order to block entry by people from majority-Muslim nations for 90 days. It also bans all refugees from Syria.
Even though the United Nations Refugee Convention provides refugees with a strong set of rights, it only applies to refugees within a signatory country. This resolution somewhat guarantees that the signatory country solely possesses the very right to either reject or accept refugees. It is not a forced decision; but where a nation chooses to help, there is an applicable “burden-sharing” principle which meant that the UN would provide support to host nations.
Despite global consensus, Trump has refused to hide his hate for Muslims and refugees. It is apparent that the former business man sees Muslims — and other refugees —as a threat to America and the entire globe. His most infamous assertions about race, religion and identity were all made public — that many Mexican immigrants were rapists, that Africans were lazy folks and that Muslims are a danger to America. But what can others do when Americans chose to employ a President who has used the most racially-charged language since the start of civil rights movement.
It must be noted that President Trump already moves to diminish the influence of Arabic states by pursuing the solidification of the US-Israeli connection through a symbiotic relationship with Prime Minister Benjamin Netanyahu.
Unarguably, Trump’s hate, intolerance and populist views have given rise to intolerance around the world. No one can say with certainty what long-term effects his views and actions will yield on the younger leaders who are steeped in it, but these Trump effects sponsor calls for deportation, violence and conflicts in Europe and other parts of the world — including the recent xenophobic violence in South Africa. The 70 year-old President has successfully built a repelling wall against refugees and migrants all over the world. European nations favouring the rejection of refugees include Poland and Austria.
According to a report on British Broadcasting Corporation (BBC), the recently signed U.S. travel ban includes the suspension of refugee program for 120 days, and cap on 2017 numbers; indefinite ban on Syrian refugees; ban on anyone arriving from recently revised 6 Muslim-majority countries, with certain exceptions and a cap of 50, 000 refugees.
Inside the United States of America, Trump’s negative effects throttle the flow of foreign talents, block certain employees from returning to their homes and offices, and harm small businesses that rely on foreign spending. It is easy for observers to get lost in the details of the consequences; but as former U.S. First Lady Michelle Obama puts it, “Trump’s win would mean we’re telling all our kids that bigotry and bullying are perfectly acceptable in the leader of their country”.
Inside Africa, Trump’s effects have provided another platform for intolerance and brutality against immigrants. In less than 2 years, xenophobic killings have, again, drawn the spotlight of the world to the southern region of Africa.
Who cares if many Americans respect the slogan “Make America Great Again”, a more bothering story is that President Donald Trump is a thwarter of global peace. And the negative effects will resonate soundly in and around the world — for decades to come.