Why Nigeria Needs A New Constitution. 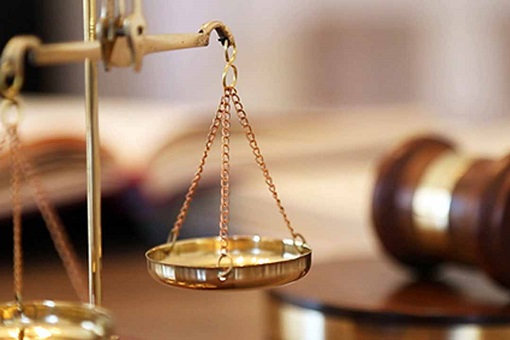 Nigeria needs a brand-new constitution that can provide lasting solutions to the myriads of social, economic and political problems confronting the nation. The 1999 Constitution currently in use was forced on the people by the military.  The need to craft a new constitution that caters for all thus becomes paramount.  The Nigerian people had no

The Nigerian people had no input in the making of the 1999 Constitution.  What Nigeria needs is a constitution of the people, by the people and for the people. It is important to have a constitution that will recognize and take into consideration the present realities of Nigeria along the lines of ethnicity, culture, religion, language and region.

A NEW CONSTITUTION THAT IS FAIR TO ALL THE REGIONS.

What Nigeria needs right now is a new constitution that is responsive to the socio-economic, cultural and political changes taking place in the country rather than a piecemeal adjustment.

The 1999 constitution is flawed as it confers undue political and fiscal advantages on a section of the country. It therefore becomes herculean to change to a people centric constitution because the said region is unwilling to give up its advantages. A plural and heterogeneous society like Nigeria requires a constitution that is deeply rooted in the principle of true federalism.

The lopsided structure of the Nigeria federation has increased the dissatisfaction from some sections of the country who claimed they have been marginalized. Their persistent calls for restructuring or even secession is a way of expressing their dissatisfaction with poor economic performance and miss governance in Nigeria.

In this light, some sections of the country have called for a return to the regional systems of government obtained during the first republic; while others clamour for secession and the establishment of Biafra and Oduduwa republics.

A brand new constitution that is generated by Nigerians and that takes into account our historical, cultural, ethnic, geopolitical, linguistic and multi-faceted realities will go a long way in dousing the tension in the land. It would assuage the feelings of those clamoring for secession.

The constitution currently in use is promoting centrifugal forces that is tearing us apart as a country. It is not capable of addressing the myriads of socio-economic and political challenges confronting the country.

A new constitution will also provide a level playing field for all the various section of the country as it will correct the problem of imbalance in fiscal federalism, federal appointments and other socio-economic benefits and opportunities accruing to the various geo-political units in the country.

A new constitution that enjoys the legitimacy of the people is needed now. The charade of piecemeal adjustment should stop.

The only way a new and legitimate constitution can be obtained is to institute a process that will be inclusive of all the ethnic nationalities, socio-cultural affiliations, professional associations, youth organizations, gender groups, civil society groups, labour union, organized private sector, faith-based associations and even persons living with disabilities.

Therefore, to institute a process-led effort targeted at the people of this country in their original ethnic nationalities, professional entities, socio-cultural affiliations, youth and gender groupings, persons living with disabilities, workers and even faith-based associations etc. the people must have a hand in the making of the new constitution.  The need and desire of crafting a people constitution is now.