Why Tinubu should be allowed to lead Nigeria. 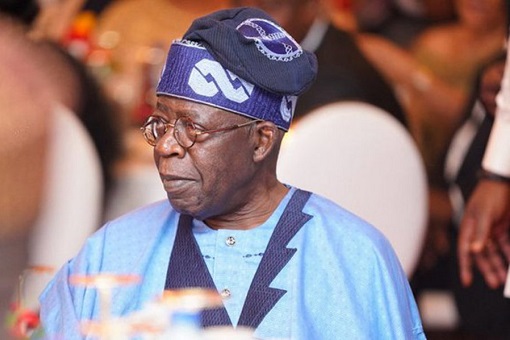 Tinubu should be allowed to rule Nigeria in 2023.

Born Bola Ahmed Adekunle Tinubu on the 29th of march 1952 in Lagos. He had his primary and secondary education at St. John’s Primary School, Aroloya, Lagos and Children’s Home School in Ibadan. He later studied at Richard J. Dailey College in Chicago, Illnois, and later at the Chicago State University where he graduated in 1979 with a Bachelor of Science degree in Accounting.

After  his education, Tinubu worked for a number of reputable companies such as Arthur Andersen, Deloitte, Haskins & Sells, General Telephone & Electronics and Mobil, where he retired as Treasurer, before venturing into the murky waters of politics. He is married to Oluremi Tinubu, the current Senator representing Lagos Central Senatorial District and they are blessed with children. Tinubu is the Asiwaju of Lagos and the Jagaban of Borgu Kingdom in Niger State.

Bola Tinubu’s involvement with partisan politics began in 1992, under the platform of the Social Democratic Party of Nigeria (SDP). He was elected into the Nigerian Senate in 1993, to represent the Lagos West Constituency. While in the Senate, he was the Chairman of the Appropriation, Finance and Banking Committee.

In the wake of the aborted third republic by the military junta, Tinubu joined forces with other pro-democracy activists to found the National Democratic Coalition (NADECO) to fight for the restoration of democratic governance in the country. In 1999, Bola Tinubu was elected as the second civilian governor of Lagos State under the platform of the Alliance for Democracy (AD).

As governor of the most difficult, complex and cosmopolitan state in Nigeria, and the undisputed economic hub of West Africa, he displayed his skills and talent as a world class administrator. He demonstrated his capacity in deploying strategic thinking to revive the fortunes of a state in stagnation into a prosperous and a megacity. Some of his landmark achievements as governor of Lagos State have become benchmark for good governance.

When he became governor in 1999, Lagos State had a meagre Internally Generated Revenue of #7 million. On assumption of office, he displayed his financial wizardry by effective utilizing the resources available to change the status quo. Lagos State presently accounts for over 60% of industrial and commercial activities in the country.

It generates the highest Internally Generated Revenue of all states in Nigeria. Lagos has a Gross Domestic Product bigger than most African countries. If Lagos was a country, it would be the 5th largest economy in Africa. He created and added 37 local councils to the 20 he met.

This is to allow sustainable development trickle down to the masses at the grassroot. Lagos the most populous state in Nigeria has socio-economic challenges that are unique. The Local Council Development Areas were created to facilitate good governance and to make benefits of democracy percolates to those at the bottom of the socio-economic ladder.

His tenure as governor from 1999 to 2007, turned Lagos into a Megacity. He steered major infrastructures projects as the LASTMA bus, the pioneer Independent Power Project, which added 270 megawatts of electricity to the national grid, the upgrading and renewal of the Lagos Island Central Business Districts Roads Project and the separation of the Ministry of Environment from the Ministry of Physical Planning to reposition and adequately equip The Lagos State Waste Management Authority.

Though, Bola Tinubu has been criticized at various times, yet his name remains a recurrent factor in political, social and economic discourse.

His ability to effectively manage human and material resources makes him the most competent and qualified Nigerian to be president in 2023. His progressive ideas make him an attractive candidate that can bring about the restoration and transformation that our country requires at the moment. Tinubu has the Midas touch and he is known for growth and development.

The maker of modern Lagos should be given the chance to become the architect of a new Nigeria. Tinubu is a detribalized Nigeria. He is a bridge builder across regional, ethnic and religion lines that is capable of uniting a country at the brink of disintegration.

As a governor he had the most inclusive and cosmopolitan cabinets in the history of this country. He appointed people from different parts of the country as commissioners, special advisers among others.

He is the best Southerner and indeed Yoruba that can be presented as a presidential candidate in 2023. As a Yoruba I will like Bola Tinubu to become president. This is against the backdrop of ethnic and tribal sentiments that is prevalent in our national politics. A national asset, a consummate politician, a competent leader, a world class administrator. It is Asiwaju Bola Ahmed Tinubu all the way.