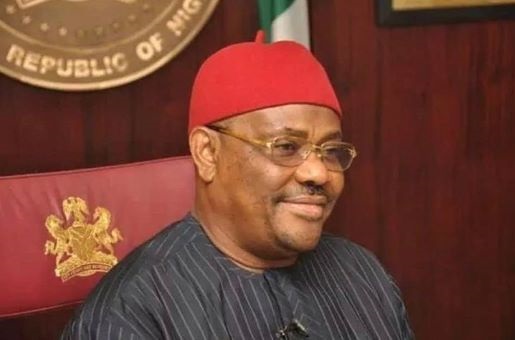 WHO IS EZENWO NYESOM WIKE?

At the beginning of the Fourth Republic in 1999, Ezenwo Nyesom Wike was largely unknown in the political circles in the country. Ezenwo Nyesom Wike, a Nigerian politician and lawyer, is the sixth and current Governor of River State was born on the 13th of December 1963.  He is an Ikwerre from Rumuepirikom in Obio-Akpor, Rivers State. He is a member of the People’s Democratic Party.

He attended Government Secondary School, Eneka in Obiakpor, Rivers State before proceeding to the Rivers State University of Science and Technology (RSUT) where he obtained a Bachelor of Laws degree. He later attended the Nigerian Law School. Wike holds a Master of Arts degree in Political and Administrative Studies from RSUT.

He started his political career as the Executive Chairman of Obio Akpor Local Government Area in Rivers in 1991, a position he held until 2007, after being re-elected in 2003. In 2007, he was appointed as the chief of staff to the governor of Rivers State, Rotimi Amaechi. He was later appointed as the Minister of State for Education by President Goodluck Jonathan and was promoted as the substantive Federal Minister of Education in September 2013. He resigned as Federal Minister to contest in the 2015 governorship elections in Rivers State.

That Governor Ezenwo Nyesom Wike is one of the major pillars of support for the opposition People’s Democratic Party during the party’s troubled times is to say the obvious. Before the outcome of the last presidential primaries of the People’s Democratic Party in Abuja, Governor Ezenwo Nyeson Wike was the “the last man standing “of the opposition party. He was the face of a robust opposition in the polity. He was a vociferous critic of the ruling All Progressive Congress.

However, many people view Governor Ezenwo Nyesom Wike in the light of many of his perceived and actual flaws. After all, like everyone else, he as a human is just as fallible. Some of his many weaknesses are his blustering nature. He is also garrulous — he talks excessively, mostly at the wrong time and the wrong places. He is also known to be a cantankerous person. In fact, many people – politicians and the electorate — are most times not pleased with his blustering attitudes and unguarded utterances.

Despite his perceived flaws, Governor Ezenwo Nyesom Wike is man whose sterling qualities we can’t forget in a hurry. When things were falling apart in the People’s Democratic Party, he was the rallying point in galvanizing support for the party. He provided the shoulders for the party to lean on during troubled times. While others, including sitting Governors elected on the platform of the party were defecting to the ruling party, Governor Ezenwo Nyesom Wike stood with the party through thick and thin. In fact, he is like a strong Iroko tree amongst many other trees in the forest.

Ever since he assumed office as the Governor of the oil-rich state of Rivers, Ezenwo Nyesom Wike have initated and completed an avalanche of projects such as roads, flyovers, hospitals and the Real Madrid Academy. Some of the projects that have been completed by his administration include the Rumokoro Flyover, the Rebisis Flyover, the Rumuola Flyover, the Artilerry Flyover, the New GRA Flyover, the Ahoada- Omoku dual carriage way, the phase two Saakpenwa Bori-Kono dual carriage way just to mention a few. It is in recognition of his unflinching commitment to the execution of infrastructural projects in River State that impressed the Vice-President, Professor Yemi Osinbajo who nicknamed Wike as ‘Mr. Projects.’

At the time the members of the People’s Democratic Party were scattered like sheep without a shepherd, it was Governor Ezenwo Nyesom Wike that provided the leadership and resources. Because of his financial muscles, he became the chief financier of the party.

WHY WOULD ATIKU NOT WANT WIKE AS VP?

Despite Governor Ezenwo Nyesom Wike’s clout and contributions to the People’s Democratic Party, Alhaji Atiku Abubakar went ahead to choose Governor Ifeanyi Okowa of Delta State instead of him as his running mate in the 2023 presidential election. The reasons for this, political watchers will say are not far-fetched. The Governor of River State is known for his garrulity and cantankerous nature. His uncourteous tendencies is a signal that he would use power recklessly. This is one of the factors that worked against him.

Before the last presidential primaries of the People’s Democratic Party, Governor Ezenwo Nyesom had angered a cross section of people from the North when he compared one traditional chief in River State to Uthman Dan Fodio, the founder of the Sokoto Caliphate. In fact, a group in the North had threatened to punish the governor if does not apologize over this comment. I doubt, if he apologized.

The River State governor is also known to have serially disrespected his fellow governors as he sees himself as the lord over and above everyone. He almost became a demigod in the circles of the opposition party and beyond.

Also, the desperate intervention of a former president, former military heads of state, former generals, former governors from the north, chieftains of the PDP from the north, and a former intelligence chief also contributed in putting paid to his ambition.

Above all, the personal ego of Alhaji Atiku Abukakar was the overriding factor in his decision to overlook Governor Ezenwo Nyesom Wike as choice of a running mate. He probably has seen it all as a politician. He was persuaded to step down for the late MKO Abiola in the presidential primaries of the Social Democratic Republic in the aborted third republic. He was also Vice-President for 8 years. We should not also forget the fact that his political antecedent is the People’s Democratic Front — one of the most powerful and respected political group in Northern Nigeria. He is also a man of immense wealth and resources. It is assumed he would not have an egomaniac like Wike for a Vice-President.

IS WIKE GOING TO WORK AGAINST THE PDP?

The recent visit some of some APC governors including Ekiti State governor and chairman of the Nigerian Governors’ Forum (NGF), Kayode Fayemi; his Ondo State counterpart and chairman of the Southern governor’s forum, Rotimi Akeredolu, and Lagos State governor, Babajide Sanwo-Olu to Nyesom Ezenwo Wike has raised suspicion of a possible defection of the River State Governor to the ruling party.

Also, present at the closed-door meeting held at Wike’s Port Harcourt residence was Ayodele Fayose, former Governor of Ekiti State. This visit is already causing a lot of brouhaha within the circles of the People’s Democratic Party. Similar visits and consultations with Wike have also been made by other APC chieftains in recent days.

WILL THIS AFFECT THE CHANCES OF THE PDP AT THE 2023 POLLS?

The exit of Governor Nyesom Ezenwo Wike from the People’s Democratic Party will unsettle the calculations of the party ahead of the 2023 polls. This is because the Rivers State Governor is one of the pillars and major financier of the party. If he leaves the party, it will cause a crack and reduce the chances of the PDP winning the presidential election come next year.

Another point to consider is the political strength of the Rivers State helmsman, and his political strength and influence in the South-South region of Nigeria. His exit can lead to a bandwagon of mass defection of party faithful and stalwarts.

Equally of note is the fact that some other governors are disenchanted with the decision to pick Governor Ifeanyi Okowa over the Rivers State Governor. One of such is Governor Samuel Ortom of Benue State who may dump the People’s Democratic Party. If this happens, it will not augur well for the presidential ambition of Alhaji Atiku Abubakar. This is because Benue is strategic in the North-Central as it influences other states in the region. The ripple effects of this decision will be felt in states like Nassarawa, Kogi and Plateau.

However, the National Working Committee and party chieftains of the People’s Democratic Party can still close ranks with the embittered Governor of Rivers State as the 2023 polls is just months away. Reconciliation is very much possible. Don’t let us forget the maxim: “24 hours is a long time in politics”. Let’s wait and see as events unfold in the build-up to the 2023 presidential elections.

In conclusion, Governor Nyesom Ezenwo Wike of River State holds the ace in the political consideration of the three major presidential hopefuls — Alhaji Atiku Abubakar of the People’s Democratic Party, Asiwaju Bola Ahmed Tinubu and Mr. Peter Obi of the Labour Party. He should play his cards smartly and carefully to his advantage. After all, politics is a means to an end, and that end is pure personal interest.