A Case for Good Governance in South Africa and its advantages 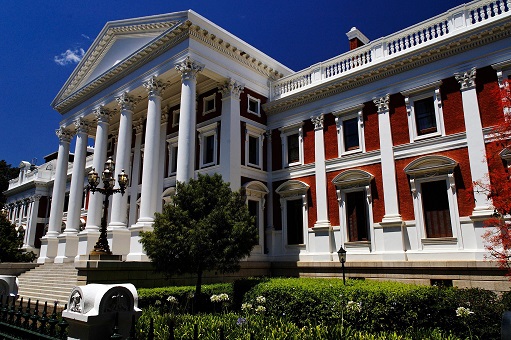 There is no gainsaying that Africa’s development has been marred by bad governance, irresponsibility and corruption. That, after decades of independence, Africans still wallow in penury, homelessness, joblessness and extreme hopelessness clearly indicate that established leaderships are characterized by bad eggs, who have derided the social will of the people. The advantages of good governance

There is no gainsaying that Africa’s development has been marred by bad governance, irresponsibility and corruption. That, after decades of independence, Africans still wallow in penury, homelessness, joblessness and extreme hopelessness clearly indicate that established leaderships are characterized by bad eggs, who have derided the social will of the people.

The advantages of good governance in South Africa

Nigeria’s pass leaders have also contributed to the disrepute of the large continent on the international scenes. Whilst the first three leaders are plagued with human rights violations and corruption, the lots there after make great efforts to present their countries to the world as places of modernity, good governance and prosperity. But corruption and mismanagement still simmer underneath the façade.

Compared to other African countries, South Africa has a very good story to tell based on its achievement over the past 22 years. Despite having inherited a bankrupt economy in 1994 when it marked the end of apartheid, the country has done well to improve the lives of its people through pro-poor economic interventions and in-building social cohesions.

Since its transition to one majority rule, South Africa has had four progressive presidents: Nelson Mandela, Thabo Mbeki, caretaker Kgalema Motlanthe, and the present Jacob Zuma.

The principles of good governance adopted by South Africa has helped pave way for sustainable development in all sectors of the nation’s economy.

More South Africans now have access to quality education, electricity and clean water. The government makes progress in the provision of social services. Over 8 million school children benefit from no-fee schools, while 9 million are being fed through the established feeding schemes in various schools.

This has contributed to an increase in secondary school enrolment from 51 percent in 1994 to around 80 percent currently. About 9 million children are benefitting from the school feeding scheme and this has ensured that learners no longer have to study on empty stomachs”. In addition, over 1, 500 health care facilities had been built and existing ones revitalized. These are dividends of democratization and good governance.

Through its Reconstruction and Development Programmed, the government of South Africa is successfully tackling citizens’ accommodation challenges and rearranging displaced homes. So far, more than 2.8 million government — subsidized houses have been made available; and over 12 million citizens have been given access to accommodation.

Even in the public sector, South Africa systemically implements the good governance principles. Because the public sector spends public money, how the funds are spent and the quality of services provided is critically important to citizens, users and taxpayers. And the South African government does its best to ensure that it addresses the highlighted goals and objectives, and that they work in the public interest.

South Africa is a leading example of democracy in Africa. It is pertinent for other African governments to introduce a reasonable and collective attack on poverty, disease, illiteracy and other challenges of development.

Whilst South Africa is leading its own reasonable attack — neighboring Zimbabweans are so engrossed in their cry for a change of an irresponsible leadership, which has led to a terrible decline in the economy; increasing the cost of living and shattering standards of living.  It is not unarguable that Africa’s continuing reliance on foreign aid has also increased opportunities for bilateral and multilateral agencies to influence policy making in the region.

Improved governance, which usually appears to be the common donor requirement for the release of both bilateral and multilateral aid to African countries, has remained a far cry from what is obtained. Certainly, elements of good governance including the entrenchment of fundamental human rights, popular participation in governance, transparency, accountability and the decentralization of power desperately needs to be infused into the African system.

The 2010 Constitutive Act adopted by the African Union (AU) underlined the determination of African leaders to overcome the challenges of underdevelopment and to position their countries on the path of sustainable development. In as much as this is noteworthy, the elation of Africans would actually begin as soon as they notice that good governance has been firmly institutionalized all over the continent.