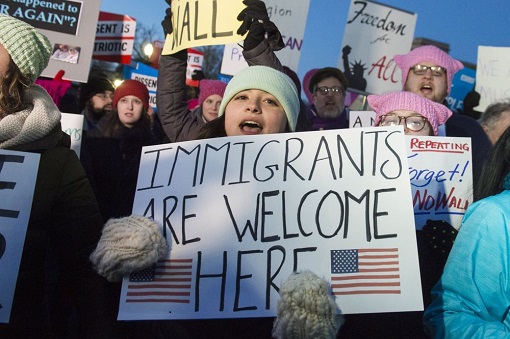 Nigerian immigrant Henry Williams Obotetukudo, aka Henry Bello, opened fire with an AM-15 rifle at the Bronx-Lebanon Hospital, killing one doctor and injuring a half-dozen others. I would prefer to leap right in and offer my ideas for stopping these immigrant shooting rampages, but first I’ll have to tell you the facts the media won’t.

Nigerian immigrant Henry Williams Obotetukudo, aka Henry Bello, opened fire with an AM-15 rifle at the Bronx-Lebanon Hospital, killing one doctor and injuring a half-dozen others. I would prefer to leap right in and offer my ideas for stopping these immigrant shooting rampages, but first I’ll have to tell you the facts the media won’t.

The New York Times, still unaware there’s an internet, is trying to pass off the Nigerian as a Californian, the non-doctor as a doctor, and Mr. Obotetukudo as “Dr. Bello.”
In the NYT ‘s major biographical profile of Bello the next day, he was described as a “sharp dresser from California.” The only other reference to the shooter’s provenance came several paragraphs later: “Dr. Bello lived in California off and on from 1991 until 2006.”

But as we go to print, the NYT still has not identified Bello as a Nigerian immigrant. It issued a “correction,” but only to clarify the exact street of a homeless shelter where Bello had lived. No correction to the “California” bit.

Sadly, the NYT didn’t allow any comments to the online version of its story, but CBS did. There were four comments, two about the incident (“rot in hell”) and two about CBS’s report:
“Where was Bello born?”
and:
“Where is he from? Where did he receive his medical degree? Worthless reporting.”
You’re not fooling anyone, media.

Having misled readers about Bello’s nationality, the NYT professed utter bafflement about the shooter’s motive, saying it was “marked with as many questions as answers.”

If the NYT simply reported facts, instead of strategically constructing news stories to protect favored groups, it might have noticed that there have been a LOT of mass shootings by certain types of immigrants.
There are mental illness shootings, gangland shootings, still-angry-about-the-divorce shootings and so on.

Some immigrant murderers are mentally ill or criminals—thanks to our excellent and extremely rigorous vetting system! But there are enough like Mr. Obotetukudo to qualify as their own category: the Disappointed Immigrant mass shootings.
The usual elements are: 1) immigrants from wildly different cultures, who have 2) unrealistic expectations about what their lives should be like in the U.S., combined with 3) an inability to achieve success in the U.S., and 4) a failure to grasp our customs—often, even our language, typically marked by 5) a particular rage at women.

The same way girls from the Midwest come to New York City expecting to live like Carrie Bradshaw in “Sex and the City” (she was paying $700 a month for a $2,700 per month apartment, plus $40,000 on shoes), some immigrants seem to expect their lives in the U.S. to be like something out of “Dynasty.”

Bello, for example, declared bankruptcy in 2000—from one of the priciest towns in the world, Santa Barbara, California. And he just kept failing.

He was fired from the Bronx hospital. He lost his license as a “pharmacy technician.” (He was not a “doctor,” despite the media’s insistent reference to him as one.)

The Nigerian couldn’t even pull off being a fake doctor, sounding more like a character out of a comedy sketch. Co-workers described him as “very aggressive, talking loudly, threatening people.” Once he was arrested for fare-jumping—just like your trusted family physician.

Recently, he’d been living in a homeless shelter. His Third World approach to meeting women resulted in his being arrested in 2004 for lifting a 23-year-old woman off the ground in Greenwich Village, while trying to penetrate her through her underwear and saying “You’re coming with me.” Although initially charged with felony assault, he pleaded guilty to a misdemeanor—otherwise he might have been deported and America’s beautiful mosaic would be diminished.

Apart from the turnstile jumping, all of Bello’s arrests involve similarly rom-com, meet-cute scenarios. In 2003, he was arrested for kicking in an ex-girlfriend’s door at 5:10 in the morning. In 2009, he was charged, in separate incidents, with harassing women by trying to look up their skirts.

All this insanely inappropriate behavior would have continued ad infinitum, with American women being sacrificed on the altar of multiculturalism, but, finally, the Unstoppable Force of Diversity met the Feminist Immovable Object: He was fired from the hospital for sexual harassment.
In his revenge shooting, he killed one doctor: a woman.

Bello blamed his firing on “racism and discrimination,” so at least he was capable of assimilating to the American custom of immigrants being constantly aggrieved.

Close observers will notice the same basic pattern over and over again. Immigrants from backward cultures develop extravagant expectations about their lives in America, fail to master the most rudimentary civic habits, and then erupt in shooting rampages when their lives aren’t turning out as planned.

Liberals have a mystical idea that we can pluck people from the most discordant cultures, put them in middle-class houses in the suburbs and then, magically, primitive tribesmen will be imbued with the core beliefs of our republic and civilization, developed over centuries.

Instead, we have Aztecs getting loaded up on Tecate and hopping behind the wheels of cars; Nigerians demanding to be called “doctor” while picking up women on the street and trying to drag them home; and Hmong responding to the concept of private property by wiping out a pack of Wisconsin hunters.

The New York Times might even help their Muslim friends by reporting the truth! Perhaps some Muslim mass murders—Fort Hood, the Boston Marathon and the Orlando nightclub, for example –- aren’t problems of Islam, at all. Maybe the problem is assimilation.

It would be a major step forward if the media would just stop lying to us. Until then, NYT reporters can still be issued badges, but they shouldn’t be press badges.