Avram Grant, has been accused of sexual harassment. 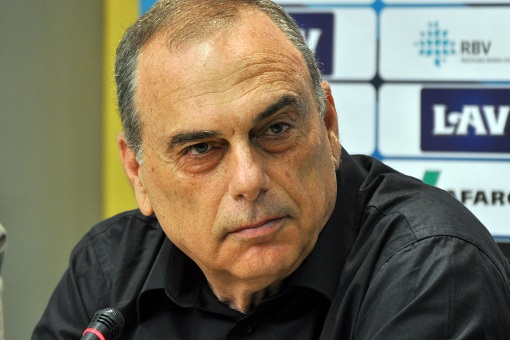 The former soccer coach of the Israel national team and English club Chelsea, Avram Grant, has been accused of sexual harassment, he was accused of harassing several women in a TV investigation broadcast on Sunday. Haim Etgar, who happens to be a journalist had presented an hour of testimonies from several women who had accused

The former soccer coach of the Israel national team and English club Chelsea, Avram Grant, has been accused of sexual harassment, he was accused of harassing several women in a TV investigation broadcast on Sunday.

Haim Etgar, who happens to be a journalist had presented an hour of testimonies from several women who had accused Avram Grant of using his position to lure them into sexual activities with him. A lady testified that in June 2020, Avram Grant had invited her to his apartment in Tel Aviv with with an offer to help her get a reputable job.

“He told me, make yourself comfortable, take off your clothes. I thought he was joking. I was sitting far away from him, on the edge of the couch. He asked me to come closer and tried to hug me, really grabbed me and did not let go, said the woman, who was 22 at the time.

I felt uncomfortable, he put his hand on my thigh, and I remember immediately moving his hand. After a few seconds of talking, he grabbed me by the neck, as if choking me, turned my head to him, and tried to kiss me by force, she said, adding that she immediately said no.

The woman said he refused to let her leave and she was pressured to stay overnight to sleep at Grant apartment. I didn’t have the courage to say no to him. Grant then tried again and took her hand and placed it on his crotch, at which point she went to the bathroom and started crying”, she said.

Another lady identified as a sport journalist in Israel, has also accused Grant of sexual harassment, she stated Grant offered to assist her career when she started, but he then turns out to be bad, has he kept on sending inappropriate comments to her, sending her harassing messages for several years. More testimony has been recounted has several women had testified of the same behavior from Grant.

Another lady has come out to testify against Grant, the lady is identified as a well-known local Israeli model, she stated she was at the beginning of launching an international career when Grant offered to help her. She had to flew to England to meet him.

“During a meeting at a hotel, he suddenly took off his clothes and tried to convince her to sleep with him.

I said no a million times, but he persisted and persisted I felt that I had to, so he would let me go, she said, adding that he did not use physical force.

The woman said she had a breakdown afterward and withdrew from modeling. And did not want people to notice me anymore”. She spoke.

Avram Grant, reaction to the testimonies.

“In my life, both in a personal and professional capacity, I have always sought, above and beyond any successes or achievements, to prioritize staying a human being and to respect every woman or man, whoever they may be.

I am a people person, a man of friendships. And over the years I have maintained relationships with women. In all these relationships I have tried very hard to treat them with respect and friendship and I never intended to behave unfairly or in any way harm any woman. Anyone who has felt uncomfortable or hurt by me, I regret it and apologize from the bottom of my heart”. He spoke.

Avram Grant born 6 May 1955 is an Israeli football manager. Grant has spent the majority of his career coaching and managing in Israel, winning a number of national league and cup victories with different teams, and also managing the Israel national team for four years.

Grant moved to England in 2006 to become Technical Director of Portsmouth before being appointed director of football at Chelsea in July 2007. Two months later, in September 2007, following the departure of Jose Mourinho, Grant was appointed as Chelsea’s manager. Despite steering the team into the Champions League and League Cup finals, as well as contesting the Premier League title to the last day, his contract was terminated at the end of the season.

“Chelsea Football Club is an English professional football club based in Fulham, West London. Founded in 1905, the club competes in the Premier League, the top division of English football.

Chelsea is among England’s most successful clubs, having won over thirty competitive honors, including six league titles and eight European trophies. Their home ground is Stamford Bridge.

Chelsea won their first major honors, the League championship, in 1955. The club won the FA Cup for the first time in 1970 and their first European honors, the Cup Winners’ Cup, in 1971. After a period of decline in the late 1970s and 1980s, the club enjoyed a revival in the 1990s, enjoying more success in several cup competitions.

The past two decades have been the most successful in Chelsea’s history: they have won five Premier League titles, seven FA Cups, four League Cups, two UEFA Champions League titles and two UEFA Europa League titles during this period.