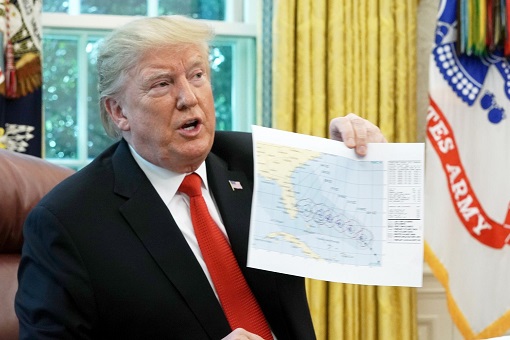 It could be recalled that Donald Trump has been battling with a series of investigations being conducted on him and his family. Now the US government agency that manages the conservation of presidential records has called on the Justice Department to look into the destruction of documents. Donald Trump faces query. They want the DOJ

It could be recalled that Donald Trump has been battling with a series of investigations being conducted on him and his family. Now the US government agency that manages the conservation of presidential records has called on the Justice Department to look into the destruction of documents.

They want the DOJ to look into Donald Trump on how he managed official papers during his tenure as president. The former US President’s indecorous handling of official documents has come to light as the Archives Department confirmed that 15 boxes of documents were recovered from Donald Trump’s Florida estate which he took along with him after he left office.

The former US President should have turned over the documents when he left the White House. It is mandated by law that an exiting US President transfer all of their letters, emails, and work documents to the National Archives.

Some of the returned documents include letters between Mr. Trump and the North Korean leader Kim Jong-un and the presidential handover letter from Barack Obama.

It was stated that the former President had issues with the National Archives in the past, which he also tried to sue and prevent the transfer of White House records to a congressional committee investigating the January 6, 2021 riot on the US Capitol.

Donald Trump conceded cooperation with the National Archives, in a statement.

“The media’s characterization of my relationship with NARA [National Archives and Records Administration] is Fake News. It was exactly the opposite! It was a great honor to work with NARA to help formally preserve the Trump Legacy,” he stated.

However, it must be noted that the former US President is also battling with other probes like the New York allegation of financial fraud in his real estate business, and also the US Representatives committee investigating his actions to the January 6, 2021 riot by the former president supporters at the US Capitol”.

“The National Archives and Records Administration (NARA) is an independent agency of the United States government charged with the preservation and documentation of government and historical records. It is also tasked with increasing public access to those documents which make up the National Archive. NARA is officially responsible for maintaining and publishing the legally authentic and authoritative copies of acts of Congress, presidential directives, and federal regulations. NARA also transmits votes of the Electoral College to Congress. It also examines Electoral College and Constitutional amendment ratification documents for prima facie legal sufficiency and an authenticating signature.