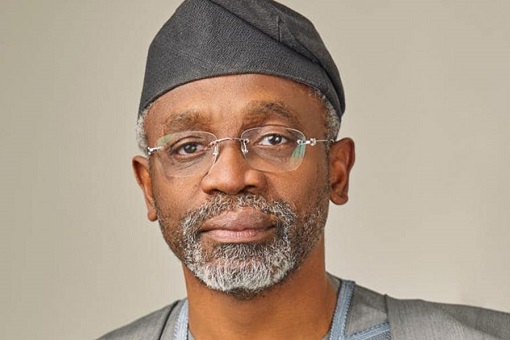 On Thursday the Speaker of the House of Representatives, Mr. Femi Gbajabiamila, had said that the National Assembly will look into the Electoral Act Amendment Bill and eradicate all kinds of clause in the bill. Such as the direct primary which seems to be the major issue. Femi Gbajabiamila speaks on Electoral Bill. According to

On Thursday the Speaker of the House of Representatives, Mr. Femi Gbajabiamila, had said that the National Assembly will look into the Electoral Act Amendment Bill and eradicate all kinds of clause in the bill. Such as the direct primary which seems to be the major issue.

According to him. “If you follow the history of the amendment of the direct and indirect primary bill I initiated, that amendment bill for a good reason and it is for people to participate in elections. These are the people you see around when you campaign every four years.

For me, it does not make sense that these people do not have a voice in who represents them. It is part of being used and I didn’t like that. Most of us are reformers and one of the ways to reform the system is to make it more accountable and to make the people have a voice in who represents them as opposed to a few people sitting in the four corners of a wall and writing results.

There is a process; when we come back from recess, as I said, the House will look at those amendments. We will sit as the National Assembly, look at the reasons and at that point, consider removing that clause and pass the bill so that we do not throw away the baby with the bathwater.

But then, it is not my decision to make. It is the decision of the National Assembly; if they determine that the reasons are not good enough, then, there is a process prescribed by the constitution.”

Asking if there’s a possibility of the National Assembly vetoing the bill earlier rejected by the President, Major General Muhammadu Buhari, his words were: “Which way the sword is going to fall I have no idea until that time. I cannot read the minds of the whole National Assembly members.

They need two-thirds of the member to override the president, there is a reason the constitution prescribes two-thirds. Veto is not something you easily override.

If they muster enough and they believe it is in the best interest of Nigerians, then, that is what we will do; otherwise, we will take out the clause and pass the bill so that Nigerians can have a credible electoral act and due process. They must get it.”

Mr. Femi Gbajabiamila, who revealed some ongoing project and speaking about its benefit said, “My job as a legislator is to represent those who voted me in and those that did not and that is what I have been striving to do for years even before I became speaker.

We thank God for what we have been able to do, we made promises and we delivered. To me, this is what I call the real dividends of democracy. It tells you the difference it will make to the youths. When I was campaigning, I told the people what I was going to do. I saw the state of the roads and stadium and when I came in, that is what I did. We will continue to do more because it is never enough.”

The Lagos State government through Mrs Aramide Adeyoye, the Special Adviser to the Governor on Works and Infrastructure insisted the state would upgrade 56 roads and reconstruct drains, street lightings, Massey Children Hospital as part of the ongoing Action Area Plan to reconstruct/upgrade roads and other infrastructure in the state.

It must be noted, however, that the president has previously refused to sign previous Electroral Act Bills in the year 2019.

“Beginning within the country’s colonial period, elections in Nigeria began in 1923 by the direction of British colonial administrator Hugh Clifford through a legislative act known as the Clifford Constitution.

However, reflecting the variety of people groups and distinctive cultures confined with the nation’s borders, the ethnolinguistic groups and colonial authorities that dominated the northern, eastern, and western regions of Nigeria (namely, the Hausa-Fulani, Igbo, and Yoruba people respectively) often offered vastly different perceptions into suffrage qualifications— notably including differences in gender, nationality, residency, age, tax, and income requirements— in Nigeria’s early years.

Though the qualifications that assured voting rights eventually became standardized under the Federal Constitution of Nigeria of 1960, just as quickly as voting rights were clarified, they were wholly revoked at the onset of several military coups beginning in 1966 and lasting until 1999. Though there were intermittent republican governments, only four elections took place from 1966 to 1999. The electoral process has differed within the many of governments of Nigeria’s history and their corresponding constitutions”. Culled from Wikipedia.