Facts about Africa you probably did not know! 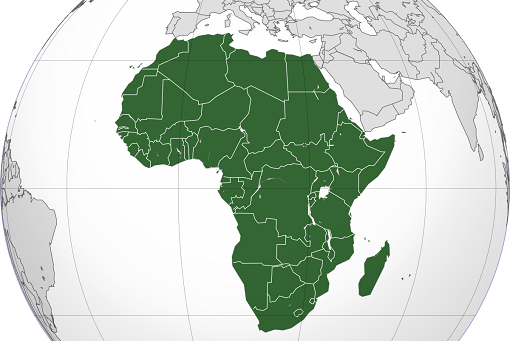 The African continent has the second largest population in the world, at about one billion people. Well over one thousand languages are spoken by the people of Africa. Some estimates put this number closer to two thousand. The largest religion in Africa is Islam, followed by Christianity. The African population is approximately 14.72% of the

The African continent has the second largest population in the world, at about one billion people. Well over one thousand languages are spoken by the people of Africa. Some estimates put this number closer to two thousand. The largest religion in Africa is Islam, followed by Christianity. The African population is approximately 14.72% of the world’s population (as of 2009). The oldest human remains ever discovered were found in Ethiopia. They are approximately 200,000 years old.

1. The Gambia has only one university.

3. South Africa is the most visited
African country.

4. Nigeria has the richest Black people in Africa.

8. A person from Niger is called a
Nigerien.

8. A person from Burkina Faso is called a Burkinabe.

10. Zimbabwe’s President, Robert Gabriel Mugabe is the world’s most educated President with 7 degrees, two of them are Masters.

11. Al-Ahly of Egypt is the richest club in Africa.

13. Johannesburg, South Africa is
the most visited city in Africa.

14. Zinedine Zidane wanted to play
for Àlgeria, but the selector rejected him, saying they are already many players like him in the team.

15. President Jacob Zuma was given a special award by Fifa for refereeing on Robben Island during his years as a political prisoner.

16. President Robert Mugabe was
jailed for 11 years for fighting for freedom.

19. Rwanda is a better country for
gender equality than England and USA.

21. South Africa has the most Grammy award winners in Africa.

22. Ethiopia has the most airports in
Africa.

25. Ethiopia is Africa’s oldest
independent country, it has existed for over 3,000 years without
being colonised.

26. Haile Selassie 1 was the 225th
and last Emperor of Ethiopia.

27. Nigeria has the most monarchs
in the world.

30. President Teodoro Obiang Nguema Mbasogo is Africa’s longest-serving Head of State. He has ruled Equatorial Guinea since August 3, 1979 when he overthrew his uncle, Francisco Nguema. His son, Teodoro Nguema Obiang Mangue is his Vice President and will succeed him if he
resigns. He started ruling Dos Santo

31. George Weah of Liberia is the
first man to win World, European and African footballer of the year
in the same year.

32. Swaziland is the only remaining
absolute mornach in the world.

33. The Gambia is the smallest country in Africa followed by Swaziland.

34. King Sobhuza ll of Swaziland took the longest time in reigning Swaziland, 62 years as he was crowned in 1921 and died in August 1982 at the age of 83 years.

35. Zimbabwe is the only country in the world where almost everyone was a billionaire at one point

Africa is the second largest continent on earth, approximately 11.7 million square miles.
Africa straddles the equator and is the only continent to extend from the northern temperate zone to the southern temperate zone.
Africa is the hottest continent on earth.
Sudan is Africa’s largest country (968,000 square miles).
Africa covers 6 per cent of the earth’s total surface and 20.4 per cent of the total land area.
Cairo is the continents largest city.
Long before humans were around (the early Mesozoic Era) Africa was joined to the other continents in a massive continent called Pangaea. Over millions of years, this huge continent broke apart shaping the world landscape as we know it today.

Explore the pages of this site to discover more about the amazing African continent.