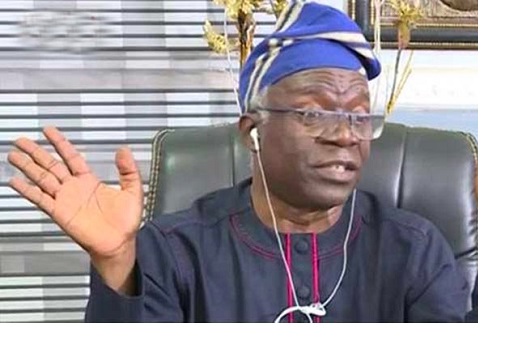 On Thursday November 25,2021, A Senior Advocate of Nigeria, Mr. Femi Falani (SAN), has come out to give reasons why the report of the judicial panel on police brutality cannot be rejected by the Lagos State Governor, Babajide Sanwo-Olu. Falani states reasons why #EndSARS report can’t be rejected. In his speech on Thursday with the

On Thursday November 25,2021, A Senior Advocate of Nigeria, Mr. Femi Falani (SAN), has come out to give reasons why the report of the judicial panel on police brutality cannot be rejected by the Lagos State Governor, Babajide Sanwo-Olu.

In his speech on Thursday with the Committee for the Defense of Human Rights, he said, “Pursuant to the Tribunals of Inquiry Law, Laws of Lagos State, 2015, the Justice Doris Okuwobi Commission of Enquiry was instituted by the Governor of Lagos State, Mr Babajide Sanwo-Olu, last year to probe allegations of police brutality in the State.

Upon the conclusion of the assignment last week the Commission submitted “a full report in writing of its proceedings, findings and recommendations and record an opinion and reasons leading to its conclusions” in line with Section 15 (1) of the Law. Thereafter, the Governor set up a 4-member Committee of cabinet members headed by the State Attorney-General and Commissioner for Justice, Mr. Moyosore Onigbanjo, SAN, to advise him concerning the position of the Government which will be contained in a White Paper.

“We are not unaware of the purported rejection of the report of the Commission and the pressure on the White Paper Committee by some anti-democratic forces to advise the Governor to jettison the findings and recommendations of the Commission.

Such critics are certainly not aware that there is no provision for the issuance of a White Paper under the Law. In other words, a White Paper is a mere administrative medium for conveying the decision or position of the Government on the report of an Administrative or Judicial Enquiry.

Therefore, since the White Committee is not known to law, its members are not competent to edit, modify, alter, edit or reject the report of the Commission. More so, that the members of White Paper Committee did not have the opportunity of taking evidence from the witnesses who had testified before the Commission.

“Having regard to the letter and spirit of the Tribunal of Enquiry Law it is submitted that the Federal Government lacks the legal competence to reject the report of a Panel of Enquiry duly constituted by the Lagos State Government. “Therefore, Governor Sanwo-Olu should not hesitate to reject the gratuitous call for the rejection of the report of the Lagos Judicial Commission.

“With respect, the Governor cannot reject the report, summary of evidence and findings of the Okuwobi Judicial Commission.