How can Nigeria Become An Industrialized 21st Century State? 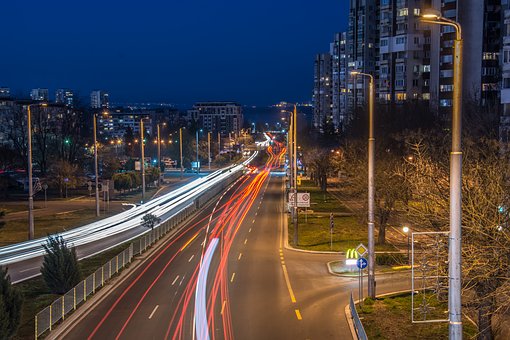 They have strong manufacturing base that they don’t only produce what they consume; they also export to the outside world and this has continued to stabilize their economy and free them from recession and other economic barriers.

Nigeria is one of the dumping sites for these nations and it is so worst that the country imports mere toothpick. One can’t wonder why a nation so endowed with the best of the best of mother nature is still struggling to satisfy the needs of her population.

The answer is not farfetched; Nigeria needs to reform her industrialization ideology.
If Nigerians are so intelligent as they claim to be and industrious like many have said, then the problem lies in her governance system and societal structure.

Nigeria is one of the most difficult countries for start-ups. The environment is not friendly; there is insecurity coupled with bad policies and corruption. Nigeria is so corrupt that there is almost nothing to be done in the without bribery.

The best brains are available; it has people who have the technical know-how to rescue the nation from underdevelopment but they are either not given the chance or frustrated and intimidated by people who are benefiting from the current situation.

Until the people and those at the helm of the nation’s affairs in enmasse formulate the needed policies such as the followings, things might even become worst.

Since the country is filled up with citizens especially youths with vigour, abundant talents and skills, the government should financially empower them.

This can be in form of loans and grants. Many a times, the government announces schemes of this nature. However, due to the corrupt nature of the political system, these do not get to the supposed beneficiaries.

This should change.
There should be provision for people who don’t have the skills but are willing to learn. The educational system of Nigeria is degraded due to lack of fund to support research, incessant strike and corruption.

There are many instances that lecturers have threatened to fail students unless they bribe or have sexual relationship with them. The country now produces half bake students who can barely survive the real world.

Government should empower various educational institutions with the necessary facilities. With this, the people would have the practical skills, training and familiarize themselves with industrial activities.

The Nigerian government has encouraged made-in Nigeria goods with various campaigns to the people but the feedback has been low. The country has many productive market e.g. Aba market in Abia State, Alaba market in Lagos State but they lack world class packaging and branding.

A well packaged product creates feeling of better quality in the minds of the consumers. Good branding gives better perception to the industrial market. The government should work together with major businesses, companies and markets to develop the packaging industry.

The media should also assist in broadcasting good image of the country commercial activities. Even if it has not gotten to a world class stage like the developed nations, nevertheless, this would create patriotic feelings in the minds of the people and persuade them into welcoming the products irrespective of the present shortcomings.
With an emerging strong industrial market, Nigeria would cater for her needs and can decide to ban the importation of some items produced locally.

The present federal government has banned the importation of some products but the local market has failed to live up to expectation. For example, the ban of rice importation contributed a lot in the price hike of rice as local market could not meet the nation’s demand for rice. Proper plan needs to be in place before certain actions are made.

In the nearest future, with a standardized industrial market; the country ought to begin exportation of locally made products. The African market can be the first target.

An organized and proper export strategy should be made once the nation has the capability to export. Nigeria has been endowed with the right human and materials resources to become a great industrial nation. Countries like the U.S, China and India have been using their population to their advantage though this come down to the will and commitment of the leaders. Nigeria should learn and arise.