How do Nigerian universities that can hardly run undergraduate practical’s engage in research? 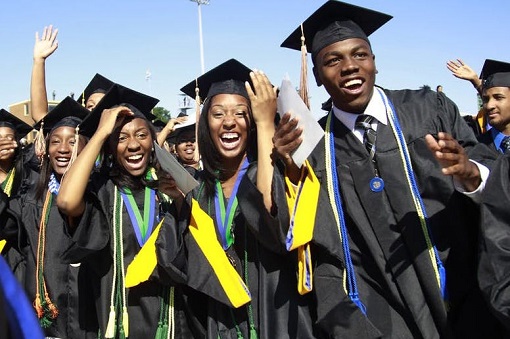 Quite often, I get responses to the contents of this column through emails sent to me by readers. For the most part, these emails are positive, they are complementary. But sometimes, I do get emails that take me to task either for the views that I express and the positions that I take or for

Quite often, I get responses to the contents of this column through emails sent to me by readers. For the most part, these emails are positive, they are complementary. But sometimes, I do get emails that take me to task either for the views that I express and the positions that I take or for the arguments and the premises undergirding the views and positions.

Interestingly, some of such emails are also complementary, mixing praise with critique. When the criticism is of the positions taken or views expressed by me, I am content to note and acknowledge difference and diversity of opinion as a fundamental aspect of public discourse. But when the critique pertains to basic premises, I sit up and pay attention. This is exactly what is involved in this week’s piece: many people wrote me questioning, even faulting the basic premise of last week’s column. What was this premise?

Well, it is the contention that as deep and wide as educational decay has become in the tertiary level of education in our country, it is the universities themselves, it is the professoriate that can and must effect the desperately needed reform and restitution. Invoking the popular adage of physician, heal thyself, I argued that without the universities themselves leading the effort, external agents like government, employers of labour and organizations of parents and guardians cannot even begin to make the slightest dent on the almost impregnable edifice of decay in our institutions of higher learning.

To some who wrote me on this wrote me, this premise is mistaken, wrongheaded: the decay, the corruption in our universities is so vast, so systemic that reform cannot and will not come from our universities themselves. To give the reader a sense of just how radical and unrestrained this critique was expressed, permit me to quote at some length from one of the emails that I received:

“The process of decay in our universities has been long, sustained and nurtured to the point where it has morphed into being systemic. The “employers” in the universities, the Governing Councils, are populated by political jobbers and ‘professors’ who in the main are made by fraudulent Vice-Chancellors of vices.

The choice of Council members lacking in integrity, has been hallmarked by political jobbers whose see universities as cash cows to be milked for personal gain.

What are we to make of a situation where, rather than the users of equipment that are trained in its usage overseeing their purchase through competitive bidding and directly from the manufacturers, a monumentally ignorant state interposes itself strictly for the purpose of stealing, without regard for the purpose for which the equipment is meant? The result – inappropriate equipment; equipment with missing components; equipment without the space in which to place them.

In the main, the professoriate is populated by people who have cheated their way to the top. In the empirical sciences in particular, where electricity, water and the laboratory – a basic space for infrastructural support for experimentation – do not exist, the question arises as to where the “experimentation” on which publications are premised was done.

How do universities that can hardly run undergraduate practicals engage in research? So, we have a vast number of lecturers who are products of non-empiricism who are reproducing themselves through no fault of theirs but what the system has made of them. It is common practice now for lecturers to provide their writing materials.

And graduate students – the future of the profession – are saddled with astronomical fees in decrepit conditions. Moreover, they are compelled to provide the wherewithal for their research and are compelled to implement them out-of-house rather than in-house, lacking in direct supervision and regular research group discussions that research entails. The list goes on and on and on. In Nigeria, the university has become a cesspool.”

It is important to underscore the fact that the person who forwarded these sobering observations on the state of decay in our universities to me is himself a senior university don.

I say this is important because both his general observations and the conclusion that he draws from them are commonly known in our universities.

In other words, there is widespread knowledge in the universities themselves of the fact that things are very bad, that indeed things are so bad in virtually all our universities as a system that something desperate, something unprecedented ought to be done.

Indeed, to drive home this point, permit me to quite from another “witness” on just how vast is the state of corruption in the academic vocation in our country, a “witness” who is a highly respected emeritus professor in one of our first-generation universities:

“I personally know of the case of a former student of mine who moved from lecturer to professor the same year by tactically shopping around and moving from one university to the other until arriving at his destination of professorship. This has been made possible by the ballooning number of universities without corresponding planning for staffing them.

There are professors and there are professors of course! This academic title has become like chieftainship title in the usual bad tradition in Nigeria.” [Jide Osuntokun, “Quality Assurance in Varsities: Umudike Example”, The Nation, October 26, 2017]

To get to the heart of the issues that I am exploring in this piece, I ask the reader to please note that the title of Emeritus Professor Osuntokun’s article in The Nation of October 26 hinges on the words, “Quality Assurance”. This implies that as much as Osuntokun recognizes the scope and the depth of decay in the system, he still feels that reforms can and should be implemented.

Indeed, towards the end of his article – which I encourage all who are truly interested in these profoundly troubling issues to go and read – Osuntokun gives some suggestions as to how the process of restitution, of cleaning up can be started. I can confirm that, in my opinion, they are thoughtful, sound suggestions. But unfortunately, that is not the end of the story.

Why? Simply this: the cesspool cannot clean itself. Of course, one could in response say that “cesspools are not people, they are not human subjects with agency; human beings who live in or around cesspools can and do often drain the swamp and clear up the gargantuan mess”.

But then, there is the riposte to this revisionism and it is this: if those living, breathing and thriving in the cesspool are in the majority, are in control, the chances of cleaning up the cesspool are bleak. This is the thesis, the dilemma posed to me by the email from the senior colleague from whose text I quoted first before quoting from the article by Osuntokun.

It is perhaps necessary at this point in the discussion to render the dilemma that I am discussing in this essay in very concrete terms.

Thus, I ask the reader to think of the implications of the question indicated in the title of this piece: How do universities that can hardly run undergraduate practical’s engage in research? The answer of course is simple and devastating: universities in which the conditions for basic undergraduate instruction are non-existent cannot engage in research, period. But we all know that our universities are claiming to be doing research, they are awarding Ph D’s in all the disciplines.

Things are so seemingly hopelessly skewed that even new, private universities that lack the basic human and infrastructural necessities for high school instruction are awarding Ph D’s, the ultimate research degree in the modern university.

To get a sense of just how deep and wide this particular stretch of the drain is, think, dear reader, of the fact that a large segment of the professoriate in our universities were produced and are still being produced by and through this tragic malformation of the universal traditions of higher learning in our country.

To make the implications of the central issue in this discussion more concrete, more inescapable, I ask the following question that is posited in response to Emeritus Professor Osuntokun’s sound suggestions for safeguarding and sustaining quality assurance in our universities: What do we do, concretely, about all the worthless Ph D’s that have been produced and are still being produced in our universities? And the “professors” who produced and are still producing them, what do we do about them?

That is the question and anyone who claims that she or he has a simple and realistic solution to the question is self-deceived. This was the thought in my mind when, in last week’s piece in this column, I asserted that like what Governor Nassir El Rufai did in Kaduna State to primary school teachers, no one can simply go to the universities, conduct a simple test or examination to expose fake lecturers and professors and give them the boot.

If this is the case, does that mean that we can do nothing at all about the vastly diseased and festering situation? The answer to this question, I declared last week, is “No”.

We cannot and must not reconcile ourselves to the prevailing very dire, very tragic situation. Listen, once again, to what Osuntokun says of the professoriate in our universities today: “There are professors and there are professors of course! This academic title has become like chieftainship title in the usual bad tradition in Nigeria.”

No human individual or group comes into the world worthless, even the most physically disabled; people are made worthless by the order or scheme of things organizing their individual and collective existence.

And any solutions that we come up with must start from the basic presumption that, baring congenital mental defects, every human being is not only educable but is entitled to good and relevant education. I learnt all these things mostly from decades as a teacher in the academy, at home and abroad, but primarily from the invaluable experience of having once served as the National President of ASUU.

I had this fact in mind when I wrote last week that solutions to the vast, surfeited decay in our university system can be found in our universities themselves. Permit me to bring the discussion to an end by giving a short elaboration on this point.

For over two decades now, ASUU’s leadership has been proposing solutions to the small and the great, the local and the general problems besetting our universities. Indeed, in December 2014, I was privileged to serve as the Chairman of a National Educational Summit (NES) organized by ASUU and the other unions in our universities.

It is immensely gratifying to state that this NES focused on problems internal to the good running, the rescue of relevant and qualitative education in our universities and polytechnics. And beside ASUU itself as an organization, there are many individual academics in Nigeria who have reflected deep and wide on the problems, the challenges. Taken together, these factors were responsible for the premise of my article in last week’s column.

What was this premise? Even with the depth of the decay that we see in them, the universities themselves can and must play a crucial role in the rescue of our universities from the morass of mediocrity, decay and redundancy into which, heaven help us, they are sinking.