Investors would rather put their money in Mauritius than South Africa 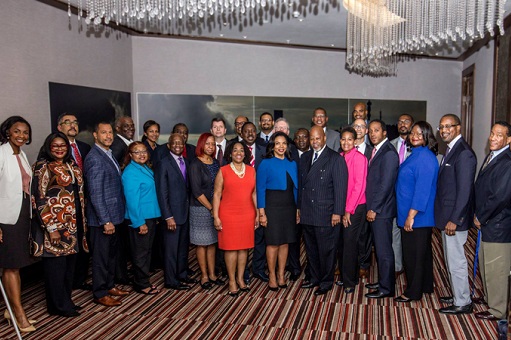 Despite a larger economy and a much bigger population, South Africa’s political uncertainty and failure to draw cost-sensitive investors has given way for the rise of Mauritius as the top investment destination in Africa. Investors will rather put their money in Mauritius. Bravura’s executive director, Soria Hay, said Mauritius is fast-gaining the reputation among investors

Despite a larger economy and a much bigger population, South Africa’s political uncertainty and failure to draw cost-sensitive investors has given way for the rise of Mauritius as the top investment destination in Africa.

Investors will rather put their money in Mauritius.

Bravura’s executive director, Soria Hay, said Mauritius is fast-gaining the reputation among investors as being the true ‘gateway to Africa’ – a title once reserved almost exclusively for South Africa.
“Economic analysts, and the world, see Mauritius as the number one attractive investment jurisdiction in Africa,”

Hay said.
In 2006, Botswana was ranked as the most attractive destination for investors, with South Africa ranked number two – now in 2017, Mauritius has the top spot, and South Africa has dropped even further to number four. This is behind Mauritius, Botswana and Rwanda, Hay said.

From a size and impact perspective, the South African economy is much bigger, Hay said, but what Mauritius is doing right is that there is policy certainty from a tax perspective, and the government is benign – not getting too involved in businesses.

“Also they have a lot of policies to attract investment,” Hay said, pointing to a number of ‘tax holidays’ for companies that invest there, and programs to develop smart cities and tech hubs. This, she said, has served the country well over the last ten years or so.

Meanwhile, South Africa has done almost the exact opposite, with years of political uncertainty and questionable policy direction, and the government has used regulation and red tape to make business operations in the country very difficult.
Mauritius’ growth rate is well in excess of 4%, while South Africa is struggling to reach even 1%.

According to Hay, the JSE’s listing requirements may also be a deterrent for companies to operate in the country. While the local bourse is the biggest and most transparent and technically advanced on the continent, some cost-sensitive companies may be more inclined to list somewhere cheaper.

Here, Mauritius is again a better option for many companies – particularly those who want to penetrate the rest of the African continent and not necessarily only South Africa, Hay said.

The island nation has also managed to make headway in changing perceptions regarding its status as a ‘tax haven’ – with the OECD this week announcing that it views the country as tax compliant now.

Where South Africa trumps Mauritius is in the diversity of resources and industries, Hay said. “South Africa has everything to beat Mauritius,” she said, “Mauritius’ main industries are financial services and tourism – they don’t have the mining and the agriculture; and they also don’t have the population.”

“But what this shows is that, if you have a government that is focused on the right things from an investment perspective, how well that can work for a country,” Hay said.