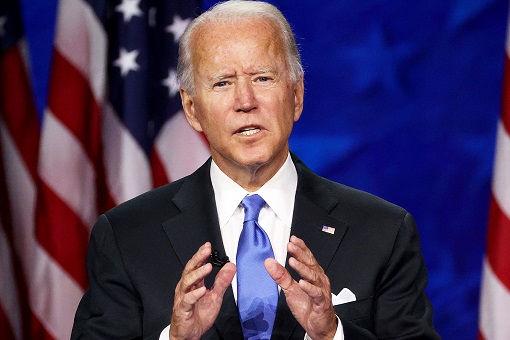 US President Joe Biden has declared a ban on Russian oil imports following the Russian invasion of Ukraine. The new development he confirms could, unfortunately, increase the cost of gas prices. However, this he claimed would help stifle funds from the Russian President’s war chest. According to Biden, “Today I am announcing the United States

US President Joe Biden has declared a ban on Russian oil imports following the Russian invasion of Ukraine. The new development he confirms could, unfortunately, increase the cost of gas prices. However, this he claimed would help stifle funds from the Russian President’s war chest.

According to Biden, “Today I am announcing the United States is targeting the main artery of Russia’s economy. We’re banning all imports of Russian oil, gas, and energy. He explained that the ban means Russian oil will no longer be acceptable at US ports and the American people will deal another powerful blow to Putin’s war machine.”

What would be the fate of Americans as Biden bans imports from Russia?

Following the ban of oil and gas importation from Russia, this will be a big blow for Americans as oil prices spiked to $125 per barrel as of Tuesday the 8th of March 2022. A small scale of the Russo-American oil trading makes it uncertain to what extent a US ban on Russia’s import of oil and gas would affect the US and the Russian economy.

Of recent, the members of the US Congress and Ukrainians have clamoured for such a ban in the wake of Russia’s unprovoked invasion of Ukraine. The ban as claimed by the US Congress and the Ukrainian officials would gag off one of Moscow’s remaining sources of revenue, thus adding to the sanctions already affecting the Russian economy.

The Americans Automotive Association stated that US consumers are already paying more for gasoline than at any other time since the group began tracking gas prices.  The average cost for a gallon of petrol had risen to just over $4.17 on 8 March 2020 just before news broke of the impending Russian oil ban.

The president further noted how the decision to ban Russian oil was made, he stated, “In close consultation with our allies and our partners around the world, particularly in Europe,” though he also noted that many US allies that depend more heavily on Russian imports may not be able to join the US in prohibiting Russian petroleum from their markets.

The president also explained that his administration had scores of conversations with the US allies on the need to wane themselves off Russian imported products. It must be noted however that the outcome of the meetings proves that such actions might not sustainable.

The president acknowledged his decision to ban Russia’s imported oil and gas products would affect the cost of gas prices, stating he will do all he can to minimize the pain.

He quipped, “The decision today is not without cost here at home. Putin’s war is already hurting American families at the gas pump.

Since Putin began his military build-up at Ukrainian borders, just since then, the price of gas at the pump in America went up 75 cents and with this action it’s going to go up further. I’m going to do everything I can to minimize Putin’s price hike here at home.” He added.