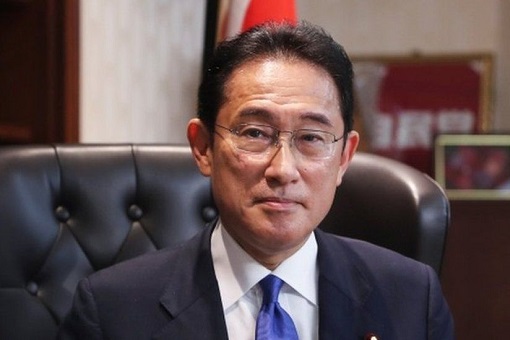 US President Joe Biden will be meeting with the Prime Minister of Japan, Kishida Fumio, on Friday to discuss the omicron variant of the coronavirus as it continues to ravage the world. Joe Biden set for talks with Japanese prime minister. As regards to the meeting coming up on Friday, the two leaders will discuss

US President Joe Biden will be meeting with the Prime Minister of Japan, Kishida Fumio, on Friday to discuss the omicron variant of the coronavirus as it continues to ravage the world.

As regards to the meeting coming up on Friday, the two leaders will discuss the strength of the U.S.-Japan alliance, as it will help look into the face of China’s growing economic and military clout in the region.

According to the White House press secretary Jen Psaki, in a statement she said, “President Joe Biden was looking forward to working with Prime Minister Kishida to advance our shared vision for a free and open Indo-Pacific, and to expand our close cooperation on critical issues like combatting COVID-19, addressing the climate crisis, and partnering on new and emerging technologies.”

The former Prime Minister, Yoshihide Suga, who resigned after a year in office, citizens had feared heavy election lost as he was highly unpopular and his insistence on holding the Tokyo Olympics despite concerns of a heavy virus spill.

Fighting COVID-19 has been the major issue countries have been battling with in recent times, one only hopes the leaders will have a good solution to help stop the surge.

Fumio Kishida born 29 July 1957 is a Japanese politician serving as the Prime Minister of Japan since 4 October 2021. He has also been the president of the Liberal Democratic Party (LDP) since 29 September 2021. A member of the House of Representatives, he previously served as Minister for Foreign Affairs from 2012 to 2017 and as acting Minister of Defense in 2017. From 2017 to 2020, he also chaired the LDP Policy Research Council.

“Japan (Japanese: Nippon or Nihon, and formally is an island country in East Asia. It is situated in the northwest Pacific Ocean, and is bordered on the west by the Sea of Japan, while extending from the Sea of Okhotsk in the north toward the East China Sea and Taiwan in the south. Japan is a part of the Ring of Fire, and spans an archipelago of 6852 islands covering 377,975 square kilometers (145,937 sq mi); the five main islands are Hokkaido, Honshu (the “mainland”), Shikoku, Kyushu, and Okinawa.

Tokyo is the nation’s capital and largest city; other major cities include Yokohama, Osaka, Nagoya, Sapporo, Fukuoka, Kobe, and Kyoto. Japan is the eleventh-most populous country in the world, as well as one of the most densely populated and urbanized.

About three-fourths of the country’s terrain is mountainous, concentrating its population of 125.36 million on narrow coastal plains. Japan is divided into 47 administrative prefectures and eight traditional regions. The Greater Tokyo Area is the most populous metropolitan area in the world, with more than 37.4 million residents”. This section is culled from WIKIPEDIA.