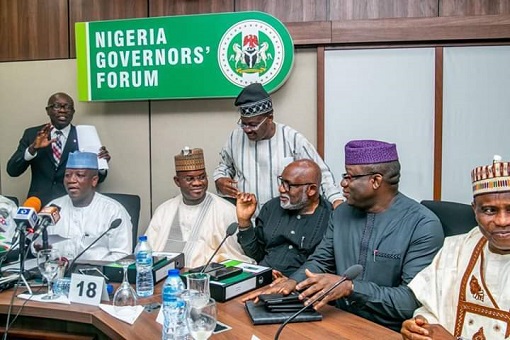 The National Petroleum Corporation (NNPC) Limited, on Wednesday presented a bill of N3trillion at the Federal Executive Council (FEC) meeting chaired by President Muhammadu Buhari. Its seems the  NGF and the NLC are not pleased with the new development. More talks as labour rejects NNPC  N3trn proposed subsidy bill. The Minister of Finance Budget and

The National Petroleum Corporation (NNPC) Limited, on Wednesday presented a bill of N3trillion at the Federal Executive Council (FEC) meeting chaired by President Muhammadu Buhari. Its seems the  NGF and the NLC are not pleased with the new development.

The Minister of Finance Budget and National Planning, Zainab Ahmed, stated that the N3 trillion is the amount required to continue to subsidize petroleum products for the 18 months extension recently approved by the Presidency.

Zainab Ahmed, who disclosed the news to the State House, detailed that the FEC took to consideration to accept the request to make additional funding provisions that will help government meet incremental fuel subsidy payment in the 2022 budget.

She said, “Only N443 billion is currently available in the 2022 budget meant to accommodate subsidy from January to June”.

fortifying the position of the government, she said, “With current realities on ground, especially the poverty rate on the part of Nigerians, the NNPC presented a request for N3 trillion to the Ministry of Finance for 2022.

What this means is that we have to make incremental provision of N2.557 trillion to be able to meet subsidy requirement, which is averaging about N270 billion per month.

In 2021, the actual under-recovery that has been charged to the Federation was N1.2 trillion, which means an average of N100 billion, but in 2022, because of the increased crude oil price per barrel in the global market, now at $80 per barrel, and also because an NNPC’s assessment shows that the country is consuming 65.7 million liters per day, we will end up with an incremental cost of N3 trillion in 2022.

Having taken into account the current realities; increased hardship in the population, heightened inflation and also that measures needed to be taken to enable a smoother exit from the fuel subsidy regime are not yet in place, it was agreed by Council that it is desirable to exit fuel subsidy at a conducive time.” She added.

She further stressed that the Council had to direct the ministry to look into the National Assembly to adjust the fiscal framework, inclusive of the budget.

The Nigeria Labour Congress (NLC) and the Nigeria Governor’s (NGF) have chastised the NNPC for the mismanagement of the fuel subsidy regime. Going further they have concluded to work partnership to investigate consumption and distribution figures released by the NNPC concerning petroleum products. This was revealed on Wednesday at the meeting with the Labour leaders, led by the NLC President, Comrade Ayuba Wabba, to talk more on the fuel subsidy removal issue going on.

According to the media adviser, AbdulRazaque Bello Barkindo. “Both parties agreed that the lacuna in the subsidy removal agenda was hidden in the untruths bandied by the administrators of the subsidy, particularly the NNPC, which both groups identify to be at the forefront of the mismanagement of the proceeds that accrued therein.” He spoke.

Nigerians hope the government will work something out soon.

“The Nigerian National Petroleum Corporation is the oil corporation through which the federal government of Nigeria regulates and participates in the country’s petroleum industry.

The NNPC business operations are managed through Strategic Business and Corporate Services Units (SBUs/CSUs) in diverse locations across Nigeria. In that case; The Nigerian National Petroleum Corporation (NNPC) initiated a recruitment scheme and since then, until date the NNPC recruitment have been a yearly scheme.

NNPC was established on 1 April 1977 as a merger of the Nigerian National Oil Corporation and the Federal Ministry of Petroleum and Energy Resources. NNPC by law manages the joint venture between the Nigerian federal government and a number of foreign multinational corporations, which include Royal Dutch Shell, Agip, ExxonMobil, Total S.A, Chevron, and Texaco (now merged with Chevron).

Through collaboration with these companies, the Nigerian government conducts petroleum exploration and production. In 2007, the head of the Nigerian wing of Transparency International said salaries for NNPC workers were too low to prevent graft.

The NNPC Towers in Abuja is the headquarters of NNPC. Consisting of four identical towers, the complex is located on Herbert Macaulay Way, Central Business District Abuja. NNPC also has zonal offices in Lagos, Kaduna, Port Harcourt and Warri. It has an international office located in London, United Kingdom.

In October 2019, NNPC stated that it had signed a $2.5 billion pre-payment agreement with Nigeria LNG for upstream gas development projects.

In December 2021, the Federal Government of Nigeria and the Nigeria National Petroleum Corporation (NNPC) Ltd signed a N621 billion Memorandum of Understanding to finance the construction of critical road infrastructure in Nigeria.” This section is culled from WIKIPEDIA. https://en.wikipedia.org/wiki/Nigerian_National_Petroleum_Corporation