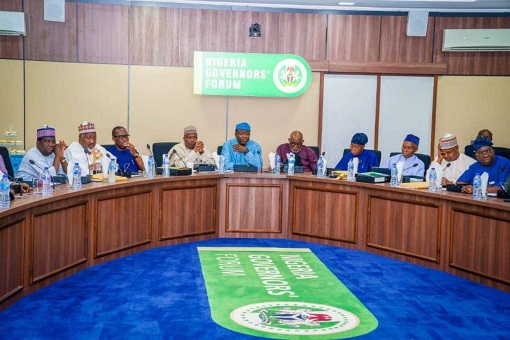 It will be recalled that the National Petroleum Corporation (NNPC) Limited had presented a bill of N3trillion at the Federal Executive Council (FEC) on Wednesday at a weekly meeting held in Abuja. The NGF, and others are kicking against the bill. Chaos as NLC, Gov, NACCIMA kicked against proposed N3trn bill. The Nigeria Labour Congress,

It will be recalled that the National Petroleum Corporation (NNPC) Limited had presented a bill of N3trillion at the Federal Executive Council (FEC) on Wednesday at a weekly meeting held in Abuja. The NGF, and others are kicking against the bill.

And now the governors, labour, and private sector players have also kicked against the proposed bill stating that the money is too much to be spent on subsidy in an unstable economy.

According to, Mr. Abdulrazaque Bello-Barkindo, Head, Media and Public Affairs of the Nigerian Governor’s Forum, NGF, “since they do not have the power to stop the Federal Government from taking this action, a committee will be set up by the NGF and Labour to investigate the subsidy regime and proposed N3trn subsidy for 2022”.

He further stressed, “The governors and the NLC have met and they have decided to set up a committee that will look at the proposed N3trn for subsidy and look at how the subsidy regime can be tackled, instead of throwing away N3trn.

N3trn is a lot of money. The committee will look at the volume of fuel that is refined and the total number of liters imported for local consumption. These are questions that need answers.

“The committee will come up with findings on subsidy because the Federal Government cannot continue to throw figures at us, we need to investigate this subsidy regime because a lot of money goes into it.” He added.

The figure cannot be credited without factual data-NLC

Ayubu Wabba, President, Nigeria Labour Congress, NLC, has reacted to the proposed bill stating that, “Nigerians should not accept the figure hook, line and sinker. The proposed N3trillion should be interrogated because there is no empirical data to back up the claim.

There must be transparency, accountability in the process, including the quantity of product being subsidized. We should be able to know and determine the quantity of Premium Motor Spirit, PMS, Nigerians are consuming per day.

We must not forget about the issue of subsidy scam for which some individuals and companies were prosecuted and some are still being prosecuted by the Economic and Financial Crime Commission, EFCC.

We should do what is right because it’s the taxpayers’ money. There must not be an open-ended figure and there must be transparency and accountability. The N3 trillion is too bogus for us to accept just like that.

“We cannot continue to discuss the issue of subsidy, but local refining. We are against subsidy removal, whether now or later, if it means increase in the pump price of fuel. We must get the four public refineries to work and encourage private individuals to set up refineries, even if it is modular refineries “.

“Yes, at our meeting with them, they are also disputing the quantity of PMS being consumed and the subsidy figure because there is no empirical data to back up the claims which their states’ funds are deducted to fund the subsidy claims.”  He added.

Other options should be taken to consideration – NACCIMA

Reacting to the development yesterday, the National President of Nigerian Association of Chambers of Commerce, Industry, Mines and Agriculture, NACCIMA, Ide J. C. Udeagbala, said it was high time Nigeria started looking at other options in dealing with the subsidy issue.

The National President of Nigerian Association of Chambers of Commerce, Industry, Mines and Agriculture, NACCIMA, Ide J. C. Udeagbala, has also reacted to the proposed bill, he stated that, it was high time Nigeria started looking at other options in dealing with the subsidy issue.

He said, “The N3 trillion being demanded to fund the subsidy amounts to 17 per cent of the 2022 budget. Considering the general struggle to fund the budget, how wise is it to devote such a huge sum in funding subsidy? We cannot eat our cake and have it. What we should be looking at is how to get our refineries working, that is the best way forward.

On a visit to Trinidad and Tobago, I found that the country has only one refinery. When I asked how they manage their fuel supply whenever they are doing turnaround maintenance, TAM, I was told there was no such thing as TAM. So, we should find out how often other countries shut down their refineries for TAM, if at all.

The reality is that subsidy is not sustainable and will have to go. We must start looking at other options.” He added.

Going further the People’s Democratic Party has also reacted to the N3trn proposed bill describing it as outrageous and an unpardonable crime against Nigerians.

“This wicked plot by the APC government to use a heavily padded fuel subsidy claims to surreptitiously funnel trillions of naira into the pockets of corrupt political leaders and their cronies in government, ahead of their shameful exit in 2023.

A statement signed by spokesman, Debo Ologunagba, the PDP has demanded a full disclosure of specifics of the subsidy templates, “including details of cost of importation of petroleum products into the country to warrant the additional N2.557 trillion being requested by the APC administration.”

The statement read: “The PDP already has information of how APC leaders pushed for the additional N2.557 trillion to the N443 billion already approved for fuel subsidy in the 2022 budget just to create a surplus as slush fund ostensibly for the 2023 elections.

The APC government cannot justify the proposed increase in fuel subsidy in the face of incontrovertible evidence of slowing economy and consequential decrease in consumption of petroleum products in Nigeria due largely to the rudderless, irresponsible and insensitive economic policies of the APC as well as the adverse effect of the COVID-19 pandemic.

It is clear that the APC (government) increased fuel subsidy to N1.4 trillion in 2021 and now barefacedly seeks additional N2.557 trillion to have a cumulative subsidy bill of N3 trillion in 2022 to prosecute the 2023 elections, having realized that it has a tough battle with Nigerians because of its monumental failures.

It is even more disturbing that the proposed increase is to be funded through external borrowings, which will further impoverish Nigerians, mortgage the future of our nation and burden future generation of Nigerians just to finance the insatiable greed of APC leaders.

The PDP, standing with the Nigerian people, vehemently rejects the bandying of incoherent, unsubstantiated and heavily doctored figures by the APC government in its desperate lies on domestic consumption and landing costs.

Our party challenges the APC to present the details of importation costs to Nigerians as no genuine pricing template can support such increase in fuel subsidy beyond the appropriate pricing which experts posit cannot be above N500 billion.

The PDP, therefore, calls on the National Assembly to stand with the people and reject the scandalous N2.557 trillion addition for fuel subsidy at this critical time as approving such would be a great and unpardonable disservice to Nigerians.”

One hopes a compromise would be reached in regards to the N3trn proposed bill.

However, the recently-established Federal Military Government, led by Murtala Mohammed, refused to recognize the new organization, and instead set up the Adebiyi Tribunal to investigate the activities of trade unions and their leaders.

The Tribunal reported in 1976 and claimed that all the existing trade union centers propagated Cold War ideologies, depended on funding from international union federations, and mismanaged funds. This was used as a justification to ban all four centers, with M. O. Abiodun appointed as the administrator of trade unions.

He accepted the establishment of a new Nigeria Labour Congress, on the condition that the approximately 1,500 affiliated unions were restructured into 42 industrial unions, plus 19 unions representing senior staff.

In 1978, the Nigeria Labour Congress was established, with the 42 industrial unions affiliated. It was to be the only legal trade union federation. Its leadership included many of the leading figures from its four predecessors, with Wahab Goodluck becoming its founding president”. This section is culled from WIKIPEDIA. https://en.wikipedia.org/wiki/Nigeria_Labour_Congress