Muhammadu Buhari: In the twilight days of his administration. 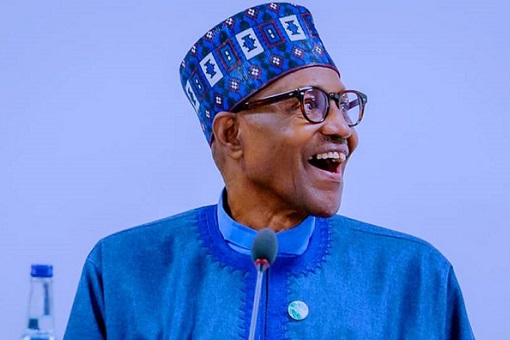 That President Muhammadu Buhari rode to power in the 2015 general elections on the then-popular mantra of change is to say the obvious. He was seen to possess the requisite leadership qualities, integrity, credibility, and uprightness to turn around the dwindling fortune of the most populous black nation on earth.

When he was elected into office, as the President and Commander-In-Chief of the armed forces of the Federal Republic of Nigeria, the country was plagued on all fronts with nauseating problems, such as the Boko Haram insurgency in the North-East, widespread corruption, abject poverty, alarming unemployment, bad governance, socio-economic inequalities, weak institutions, dearth of infrastructure, injustice, a corrupt judiciary, poor value system, inept and poorly-equipped police, high maternal and infant mortality rate, a high number of out of -school children, low life expectancy and the centrifugal forces of ethnicity, tribalism, nepotism, and religious bigotry.

His numerous fans and supporters (both at home and in the diaspora) believed that he would nip in the bud, most if not all of the country’s challenges and difficulties within a few years in office.

However, the domestic macroeconomic variables, security, and geopolitical outlook, in addition to the perturbing reports been reeled out by various multilateral institutions and rating agencies about the country’s human development index still leave much to be desired.

However, despite all these shortfalls, the president can still win the hearts of many before he leaves office. Only if he can adopt a holistic and pragmatic approach in tackling the country’s many seemingly insurmountable and chronic problems.

Firstly, the perennial insecurity menace such as Boko Haram insurgency, banditry, kidnapping-for-ransom, and armed robbery should be tackled relentlessly. The country can achieve this by seeking a better and more transparent collaboration with her immediate neighbours and foreign strategic partners. The Police should be better renumerated, well-equipped and funded. There should be proactive synergy and better inter-agency cooperation among the country’s security forces.

Also, the nation’s many porous borders, especially in the North should be better secured and safeguarded. To further expedite action in the area of security, there should be comprehensive efforts and programs to actively and positively engage the army of unemployed youths scattered across the country.

Furthermore, in Northern Nigeria in particular, the decades-old culture of Almajiri should be abolished without any further delay. This is necessary because many of the out-of-school children involved in this practice constitute ready and willing personnel for recruitment into banditry, kidnapping, terrorism, and Islamic extremism.

Other areas of the economy the government should also give attention, include high external debt profile, over reliance on oil, lack of credit and/or access to credit by micro, small and medium sized enterprises, tariffs and non-tariffs barriers to trade, obstacles to investment, limited foreign exchange capacity and the weak value of the naira.

This administration should also consider taking action in the following areas: increase the allocation of pre-paid electricity meters; bring back the petrol subsidy programme; stop the plan increase in fuel pump price and electricity tariffs; halts the astronomical increase in the price of food stuffs and other basic commodities; provision of infrastructures; provision of an enabling environment for  job creation and inclusive growth,  and finally initiate and execute reforms that will strengthen national institutions.

The remaining fifteen months before the next general elections presents a golden opportunity for President Muhammadu Buhari’s led government to write its name in the indelible sands of time. The need for the ability to come back from failure, lethargy, and underperformance into last minutes achievements and accolades ought to be put into full gear by “Sai Baba”. What he will do with this opportunity remains a guess by the government’s critics and supporters as well.