Nigeria: An Energy Deficient Country in the 21st Century era 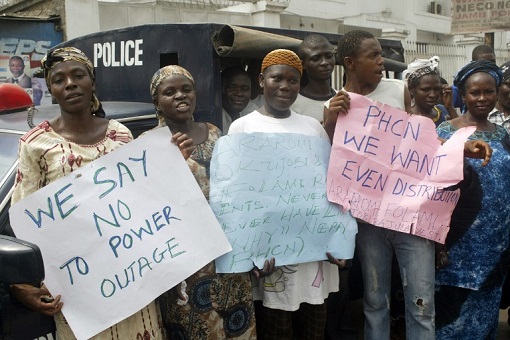 No doubt, electricity is pivotal to the development of nations. Its use is directly correlated with healthy economic growth. But Nigeria – Africa’s most populous nation – has continued to experience skirmishes between its central leadership and private energy investors. The Nigerian Energy system. Whilst the Ministry of Power initially pontificated about achieving stable electricity

No doubt, electricity is pivotal to the development of nations. Its use is directly correlated with healthy economic growth. But Nigeria – Africa’s most populous nation – has continued to experience skirmishes between its central leadership and private energy investors.

Whilst the Ministry of Power initially pontificated about achieving stable electricity in a very short-period, some pioneers of the privatized Nigerian electricity companies warned that a miracle would be needed to achieve this within the next seven years. It was only a matter of time before the country’s Minister of Power – Babatunde Raji Fashola – realised that, indeed, little can be done as “all power belongs to God”.

What can be attributed to be the cause of power outages in Nigeria other than lack of supply channels from the national grid? On the outskirts of Lagos, three out of six turbines lie idle at the Egbin plant, starved both of gas – due to incessant militant attacks on pipelines supplying the station – and of funds that allow its owners to buy alternative fuels necessary for the implementation of their expansion plans.

Only about 40 percent of Nigerians are connected to the energy grid, and even those who are supposedly connected experience difficulties around 65 percent of the time. Power outages have – for long – assumed a very high embarrassing dimension in the country; and on March 31, 2016, Nigerians suffered a ‘nationwide’ blackout following the total collapse of the national grid.

Speaking recently on this degrading issue, Mr. Fortunato Leynes – who is the pioneer and former Managing Director of Ibadan Electricity Distribution Company (IBEDC) attributed the inability of Nigerians to enjoy 24-hour electricity supply principally to the lack of supply channels to the national grid. He said, “Power generation coming from the national grid is still not sufficient to supply the actual power requirements of all customers here in Nigeria.

And normally, power generation supply contracts which would have helped, will take time. So for the country to enjoy uninterrupted power supply, it will take between five and seven years…” But Isn’t it odd that the acclaimed “giant of Africa” cannot power its country and economy – given the level of technology and resources available to the nation as well as the rate of civilization all over the globe?

There are several areas of the national life that power outage should never rear its ugly head; but, alas in Nigeria, power outage seems to be an expected phenomenon which could happen just about anytime.

Failures of former Ministers at the helm of the Power Sector has also played its part. Corruption and wastage has dogged the sector for the last two decades.

The present administrator (the man with the midas touch) Babatunde Fashola has promised to revamp the sector. The country wait in anticipation.

It is pertinent for this bedrock of West African regional economy to solve her energy problems immediately. When compared to Ghana, Benin and other smaller neighbouring nations – most of whom Nigeria supplies gas – it is obvious that the nation, which is rather far behind, needs to invest assiduously in their power sector and improve policies in favour of the power sector investments.

And a domino effect of this energy saga is that without the Nigerian economy operating at its full potential, African economy will undoubtedly remain miniscule to its worldly counterparts.

Along with the privatization of power, the last few years have seen some positive, critical changes in the Nigerian power sector.

The solution to the power crisis is an ongoing, long-term process, which includes harnessing a personalized approach to each given region. The blends of these new methods can include traditional power installation together with other deployable solutions such as regional solar farms.

Living in darkness in this age and time is a phenomenon for the Stone Age. From whatever angle we glimpse this from, it is rather crystal clear that investing hugely and committedly into Nigerian power system is a 21st century imperative.