Nigeria and her drug ravaged youth. 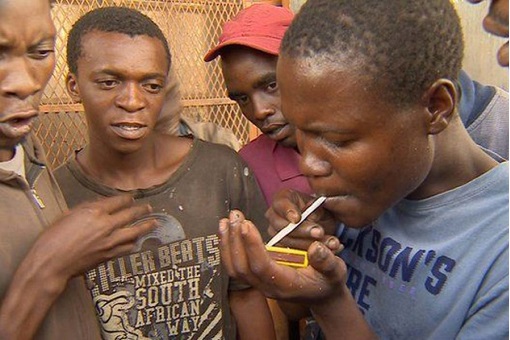 The rate of drug abuse and substance addiction is becoming increasingly alarming amongst Nigerian youths. The use of hard drug is illegal in Nigeria, yet some of these drugs are easily accessible. Drugs abuse now occur in every nook and corner of our towns and cities. Nigeria is under a drug siege.  Hard drugs is

The rate of drug abuse and substance addiction is becoming increasingly alarming amongst Nigerian youths. The use of hard drug is illegal in Nigeria, yet some of these drugs are easily accessible. Drugs abuse now occur in every nook and corner of our towns and cities. Nigeria is under a drug siege.

Hard drugs is illegal in Nigeria

Though drug abuse cuts across every age bracket in society, it is more prevalent among the youths. It is common these days, to find some youths in broad daylight abusing drugs on the streets. But what is drug abuse?

According to the World Health Organization (WHO), drug abuse is the harmful or hazardous use of psychoactive substances, including alcohol and illicit drugs. It is the use of illegal drugs or the use of medicinal drugs without the necessary prescription or in ways other than recommended or intended.

Some of the commonly used illicit substances by Nigerian youths are Cocaine, Heroin, Diazepam, Amphetamine, Cannabis, Crack, Tramadol, Codeine, Rohypnol, Aphrodisiacs, and Skunk and Methamphetamine or Crystal Meth (known as Mkpuru Mmri in Igbo language). Cannabis-also known by other street names as Marijuana, Eja, Ganja, Jane, Kush and Pot remains the most widely used illicit substance in the country.

To get a clearer view of this menace threatening the very fabric of our society and posterity, it is necessary to take a closer look at its root causes.

Some reasons often cited by young men and women for engaging in the drug abuse/addiction include the need to belong to a social group or class, pressure from friends and peers, for self-medication, for pleasure, to overcome illness, to gain confidence, to be able to facilitate communication, to induce to work above their physical capacity, boredom/curiosity, emotional pressure, environment influences, for solace, media influence, positive reinforcement, rebellion, social celebration, to avoid feeling bad, to feel good, to study, amongst others.

The negative effects and consequences of drug abuse/addiction in the society are not far-fetched. They are multi-faceted and multi-dimensional-social, financial, health-related and emotional/psychological. Firstly, the emotional/psychological effects include impaired coordination and concentration, anxiousness, panic, self-consciousness and paranoid thoughts, fluctuating emotions, fragmentary thoughts, panic attacks, hallucinations and feelings of unreality, bizarre and erratic (and sometimes violent) behavior and toxic psychosis. The biological and health-related effects are far more devastating.

These include loss of appetite, increase in blood pressure, increase in body temperature, contracted blood vessels, dilated pupils, blisters under the skin, chest pain or discomfort, gaseous abdominal or stomach pain, headaches, memory impairment, damage to the heart, lungs and kidney, worsening symptoms of bronchitis, spread of diseases such as HIV/AIDS and Hepatitis , convulsions, seizures and sudden death from high doses (even one time), cancers, blood clots in the brain, liver disease and so on.

The implications of the attendant social and financial downsides of drug abuse and/or addiction cannot be overemphasized. It puts a heavy financial burden on individuals, families and society. It leads to poor self-care, drug possession, drug trafficking, robbery, prostitution and other sex crimes, kidnapping, terrorism, loss of productivity, loss of the labour force, poor academic performance amongst others. It is also one of the remote causes of homicides, suicides, genocides and motor vehicle accidents.

All hands must be on deck to reverse the current narrative. A concerted effort by well-meaning individuals, parents, governments, teachers and leaders of educational institutions, religious leaders, the media, security forces, regulatory agencies is required to stem the tide of drug abuse and/or addiction currently ravaging the society. Agencies such as the Police, Customs Service, NDLEA and NAFDAC should collaborate to regulate the production and importation of controlled medicine and prevent the importation, distribution and use of illicit drugs.

There should be a stricter issuance of permits and registration of controlled medicines by NAFDAC. The security agencies should ensure the aggressive extinction of all the sources of these illicit substances. Also, stiff penalty should be meted out to anyone found dealing in hard drugs.

The Federal Ministry of Health should also formulate and enforce to the latter a National Prescription Policy. On the home front, parents and guardians should monitor their wards and ensure that they do not keep bad company.

The other agents of socialization should equally play an important role in charting a new course of action in the fight against drug abuse and/or addiction among the Nigerian youths.