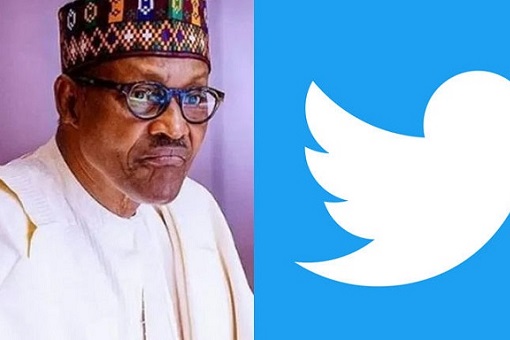 Muhammadu Buhari’s administration has finally lifted the ban on the microblogging site, Twitter, after seven months of suspension. In June 2021, Twitter had deleted President Muhammadu Buhari’s tweet, which thus triggered the suspension of its operations in Nigeria. Twitter resumes operations in Nigeria. This was disclosed in a statement issued by the Chairman Technical Committee

Muhammadu Buhari’s administration has finally lifted the ban on the microblogging site, Twitter, after seven months of suspension. In June 2021, Twitter had deleted President Muhammadu Buhari’s tweet, which thus triggered the suspension of its operations in Nigeria.

The statement reads, “The Federal Government of Nigeria (FGN) directs me to inform the public that President Muhammadu Buhari, GCFR, has approved the lifting of the suspension of Twitter operation in Nigeria effective from 12am tonight, 13th January 2022.

The approval was given following a memo written to the President by the Honorable Minister of Communications and Digital Economy, Prof Isa Ali Ibrahim”. In the Memo, the Minister updates and requests the President’s approval for the lifting based on the Technical Committee Nigeria-Twitter Engagement’s recommendation”.

“The FGN has asked Twitter to fulfill some conditions before restoring its services. These conditions addressed legal registration of operations, taxation, and managing prohibited publication in line with Nigerian laws. Twitter has agreed to meet all the conditions set by the FGN. Consequently, the FGN and Twitter have decided on an execution timeline, which has started this week.

Our engagement with Twitter opens a new chapter in global digital diplomacy and sets a new operational template for Twitter to come back stronger for the benefit of Nigerians.”

Twitter has committed to establishing a legal entity in Nigeria during the first quarter of 2022.

The legal entity will register with the Corporate Affairs Commission (CAC).

The establishment of the entity is Twitter’s first step in demonstrating its long-term commitment to Nigeria.

Twitter has agreed to appoint a designated country representative to interface with Nigerian authorities.

Twitter has agreed to comply with applicable tax obligations on its operations under Nigerian law.

Twitter has agreed to enroll Nigeria in its Partner Support and Law Enforcement Portals.

At the same time, the Law Enforcement Portal provides a channel for the law enforcement agencies to submit a report with a legal justification where it suspects that content violates Nigerian Laws.

Taken together, these represent a comprehensive compliance apparatus.

Twitter has agreed to act with a respectful acknowledgment of Nigerian laws and the national culture and history on which such legislation has been built and work with the FGN and the broader industry to develop a Code of Conduct in line with global best practices, applicable in almost all developed countries.

Therefore, the FGN lifts the suspension of the Twitter operations in Nigeria from midnight of 13th January 2022.

We encourage all users of the Twitter platform to maintain ethical behavior and refrain from promoting divisive, dangerous, and distasteful information on the platform.

Considering Twitter’s influence on our democracy, our economy, and the very fabric of our corporate existence as a Nation, our priority is to adapt, not ban, Twitter.

The FGN is committed to working with Twitter to do anything possible to help Nigerians align and navigate Twitter algorithmic design to realize its potentials while avoiding its perils.

In his approval, the President appreciates the Presidential Committee led by the Honorable Minister of Information and Culture, Alh Lai Mohammed, for the supervisory role and guidance given to the Technical Committee during the engagement.

Similarly, the Presidential Committee commends the Technical Committee for a professional, robust and productive engagement with Twitter Inc.

It also appreciates Government Regulatory Agencies and Internet Service Providers who implemented the FGN’s directives during the suspension.

It must be noted this is a positive development as the Federal Government has decided to lift the ban on the microblogging site. This will enable Nigerians who run their daily business on the site to resume business.

“Twitter is an American microblogging and social networking service on which users post and interact with messages known as “tweets”. Registered users can post, like, and retweet tweets, but unregistered users can only read those that are publicly available.

Users interact with Twitter through browser or mobile frontend software, or programmatically via its APIs. Prior to April 2020, services were accessible via SMS.

The service is provided by Twitter, Inc., a corporation based in San Francisco, California, and has more than 25 offices around the world. Tweets were originally restricted to 140 characters, but the limit was doubled to 280 for non-CJK languages in November 2017.

Audio and video tweets remain limited to 140 seconds for most accounts. Twitter was created by Jack Dorsey, Noah Glass, Biz Stone, and Evan Williams in March 2006 and launched in July of that year.

By 2012, more than 100 million users posted 340 million tweets a day, and the service handled an average of 1.6 billion search queries per day. In 2013, it was one of the ten most-visited websites and has been described as “the SMS of the Internet”.

As of Q1 2019, Twitter had more than 330 million monthly active users. In practice, the vast majority of tweets are written by a minority of users.” This section is culled from WIKIPEDIA.