Nigerians must kill our leaders to kill corruption – Fani Kayode 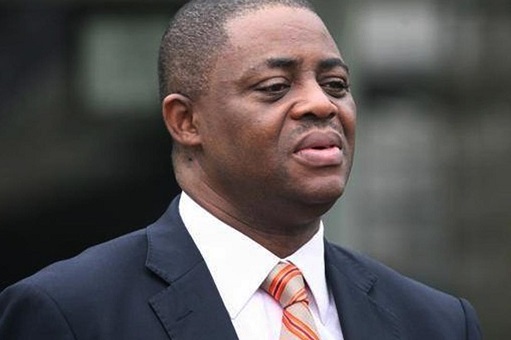 The former Minister of Aviation, who served as the Spokesperson for former President Goodluck Jonathan’s presidential campaign, has called for drastic revolution in the country. Fani-Kayode took to his Facebook page to state that Nigeria had been impoverished over the years due to bad leadership and a sleeping citizenry. Nigerian leaders and the fight to kill

The former Minister of Aviation, who served as the Spokesperson for former President Goodluck Jonathan’s presidential campaign, has called for drastic revolution in the country. Fani-Kayode took to his Facebook page to state that Nigeria had been impoverished over the years due to bad leadership and a sleeping citizenry.

Nigerian leaders and the fight to kill corruption.

He said Nigeria needed a hero who can take the bull by the horn to change things for good just like Oliver Cromwell did in England in 1653, shortly after the British Civil War, when he sacked the Rump parliament and seized power.

According to him, Cromwell, who was the Lord Protector of England, Scotland and Ireland, paid the ultimate price so that England could become a great country.

He pointed out that not only did Cromwell defeat the Royal Army of King Charles I in various battles and won the Civil War, “but he also apprehended the king, arrested him, brought him to justice before the courts of law and had him executed.”

He argued that Nigeria requires such enthusiasm to bring corrupt leaders to book as it was time for Nigerians to wake up.
“I look at Nigeria today and the behavior of our collective overlords reminds me very much of the behavior of the pre-Cromwellian “Rump Parliament’’ in England. Can anyone be in any doubt that it is time for us to speak those same words that Oliver Cromwell spoke to the English Parliament on April 20th, 1653 to our leaders here in Nigeria?

“Who will go forth courageously and speak truth to tyranny in the power of the Lord. When will God raise our own deliverer?

“Where is our own Oliver Cromwell or our own biblical Jehu? Where is our Elijah? When will the Jezebels that rule our land be thrown down from the balcony and when will the dogs eat their flesh and drink their blood?

“When will our Ahab be slaughtered in battle? When will the Nigerian people say ‘enough is enough’ and demand the change that they so desperately crave?

“When will they wake up from their accursed slumber and wipe away the faecal mess with which they have been stained, smothered, blinded, deafened and silenced?

“When will the spell that has been placed upon them be finally broken? When will they be free from this unwholesome bondage and be rid of their godless fears?

He decried that for the past years, Nigerians have been ruled by impostors while those who deserve the seat had been denied the opportunity saying the country’s strong religious views had also not in any way contributed positively as instead of facing the problem Nigerians preferred to run to church or mosques for solutions.
“In the Nigerian context, the question is this – when will our great stars emerge and when will Nigeria’s time to shine on the world stage come?

“When will the words of Oliver Cromwell find relevance in our space and when will the Lord answer our prayer and deliver us from the evil that plagues our land “least a unicameral one?”