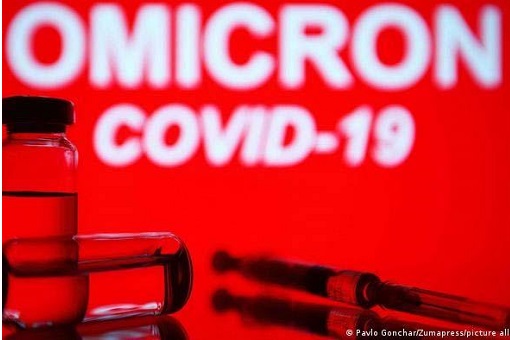 Canada bans Nigerians and others countries.

On Wednesday morning the Nigerian Centre for Disease Control had announced the discovery of three cases of the Omicron of the coronavirus, it wasn’t coming as a shock as the NCDC’s detection of three cases of Omicron variant came three days after Canada said it had detected cases of the variant in two travelers, who recently visited Nigeria.

A statement released by the NCDC Director-General, Ifedayo Adetifa, stated that the strain was detected in three persons with travel history to South Africa.

“The genomics surveillance has now identified and confirmed Nigeria’s first cases of the B.1.1.529 SARS-COV-2 lineage, now known as the omicron variant. Samples obtained for the stipulated day two test for all travelers to Nigeria were positive for this variant in three persons with travel history to South Africa.

These cases were recent arrivals in the country in the past week. Follow up to ensure isolation, linkage to clinical care, contact tracing and other relevant response activities have commenced. Arrangements are also being made to notify the country where travelers originated according to the provisions of the International Health Policy.

But the virologists, faulted the proposed plan of the NCDC to embark on contact tracing following the announcement of the discovery of three cases of the Omicron variant. They called on the Federal Government to increase the vaccination rate in order to prevent more mutations.

A professor of medical virology at the University of Maiduguri, Baba, faulted the plans of the NCDC to engage in contact tracing a week after the samples were obtained.

Professor Baba, added that the virus was already in circulation, he said. “Engaging in contact tracing a week after the samples were taken is a futile adventure and simply a waste of time. Contact tracing has never been effective. Do you know the number of places the person has been to? The variant is already in circulation and there is a high risk of community infections but how will we even know when we do not even engage in community testing?

Expert says, there is high risk of community infections, variant already in circulation.

“At this point, we need to increase community testing, make sure that people are fully vaccinated. This is not just for civil servants alone but for all calibers of people. Also, it is important that we may continue to witness several mutations if we continue to have vaccination gap. “Another professor of Virology at the University of Ibadan, Professor Georgina Odaibo, agreed with Baba. Odaibo who is a former Head of Department at the Department of Virology, also advised the public not to let guards down.

This strain has several mutations. The effects are not known; whether they are virulent or less virulent, no one really knows. This is not the time to let our guards down. Yes, contact tracing is good, but is it effective? At this point we need to increase the rate of vaccination.”

Kolawole, in an interview with one of our correspondents, said it would be difficult for the country’s health system to handle the community transmission of the new variant.

“The late detection is not good for the health system, as it was reported that the samples which tested positive to the Omicron variant were from November travelers which are asymptomatic. This only shows that community testing or surveillance should be a continuous exercise. We need to test and keep on testing both asymptomatic and symptomatic individuals in different communities. Also, sequencing capacity should be increased to detect more of this variant or emerging variants.

Does Nigeria have the capacity to contain the variant? That is dependent on the affected population, but I think we should do everything within our reach to prevent community transmission of the variants. If such happens, our health system may not be able to handle such,” Kolawole said.

“We are adding three countries to the list of these countries that we talked about last Friday, these are Malawi, Egypt and Nigeria,” Duclos added that all travelers coming from outside Canada, apart from the United States, would now be tested at Canadian airports for the novel coronavirus disease, regardless of vaccination status.”