Religious leaders in Nigeria and their shocking unguarded utterances. 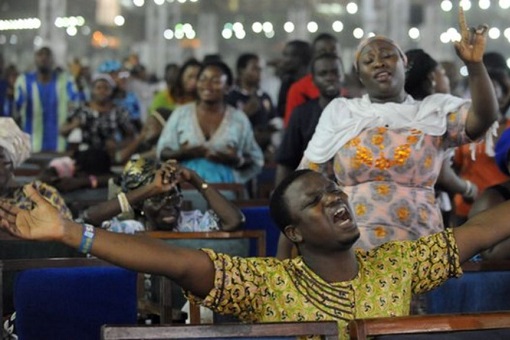 In Nigeria and other societies, religious leaders are held in high esteem. They enjoy certain rights and privileges that are not accorded to ordinary citizens. Clergymen are highly respected and are seen to belong to an exclusive club of special citizens that are almost untouchable.  Religious leaders in Nigeria and their biases This view is

In Nigeria and other societies, religious leaders are held in high esteem. They enjoy certain rights and privileges that are not accorded to ordinary citizens. Clergymen are highly respected and are seen to belong to an exclusive club of special citizens that are almost untouchable.

Religious leaders in Nigeria and their biases

This view is held by those in government in Nigeria and fellow compatriots, most of whom constitute a substantial number of their adherents and followers. Religious leaders are considered pious, sagacious, principled, outspoken, charismatic, and forthright.

Their messages and speeches are far-reaching as it resonates beyond the worship centres. Most especially, with the advent of social media, their comments and utterances can percolate into larger societies. It is in this light that religious leaders are seen as the conscience of the nation and opinion molders.

However, it has been noticed that some clergymen in Nigeria sometimes make unguarded utterances that could have negative effects on the polity. These unnecessary vituperations are capable of undermining the peace and security of the country. They are not only inimical to interfaith unity and peaceful co-existence but are fanning the embers of hatred and religious intolerance.

Religious leaders in Nigeria and their preferences

It also amounts to planting the seed of discord, acrimony, and religious crisis. Also, these unguarded rhetorics by these men of God, who are seen by many as role models are pitting one religion against the other and ultimately over-heating the polity.

Though democracy offers the benefit of free speech, it does not validate inflammatory comments and reckless pronouncements capable of undermining national peace and stability. Also, utterances from religious leaders helped in turning what may be presented as a purely ultraistic and patriotic suggestion a religious and ethnic-based conflict.

Furthermore, religious bigots, chauvinists, and mischief-makers should not be given any room to set the country ablaze through provocative statements. Wars are always preceded by incendiary rhetoric, especially when it comes from otherwise responsible people whose comments are taken seriously. We should remember, how a radio station and one extreme magazine set the stage Rwandan genocide in 1994.

In the last two decades, Nigeria has recorded bizarre experiences in the area of religious violence and extremism. From the various religious violence that occurred in Plateau state from 2001 to 2004 to the Boko Haram insurgency, Nigeria had experienced too many tensions, violence, and unnecessary killings. The major causes of these violent conflicts are religious bigotry, religious indoctrination, and misunderstanding of the central teachings and practices of the different religions.

These underlying factors can be fueled by the unguarded utterances of religious leaders. The community and even the entire country could become polarized along the lines of religion by inflammatory sermons and inciting comments emanating from the pulpits and minibars. This does not only whip up sentiments, they serve as a cacophony of hate and further widen the divide.

Furthermore, it can lead to the problem of religious intolerance that makes national unity and cohesion elusive. The search for religious tolerance has become increasingly expedient today in promoting peaceful co-existence in a religiously plural society like Nigeria. Religious intolerance can lead to wanton destruction of human lives. It has also caused colossal loss as a result of destruction to both private and public properties.

Rather than engaging in reckless rhetoric, clergymen should use the pulpit and minibar as a platform to spread the message of love and peaceful co-existence. They should spearhead the public enlightenment campaign and reorientation of the citizens on religious tolerance.