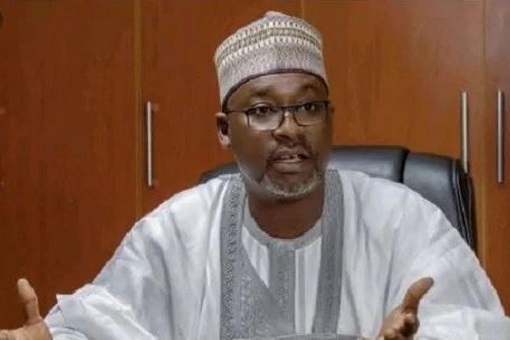 Suleiman Adamu, Minister of Water Resource, has elucidated reasons why the Federal Government is insisting on the water resources bill despite growing opposition. The Minister noted that the Water Resource bill will be of great benefit to Nigerians. Suleiman Adamu, on Thursday, spoke to journalists shortly after the opening ceremony of two days sensitization workshop

Suleiman Adamu, Minister of Water Resource, has elucidated reasons why the Federal Government is insisting on the water resources bill despite growing opposition. The Minister noted that the Water Resource bill will be of great benefit to Nigerians.

Suleiman Adamu, on Thursday, spoke to journalists shortly after the opening ceremony of two days sensitization workshop on the national water resources master plan and water convention for stakeholders in the North Central geo-political zone held in Makurdi.

The minister who was represented by Alice Ojowu, a director in the ministry, stated that a consultant had been engaged to look into grey areas Nigerians, particularly, the Governors Forum raised.

Minister of Water Resource Planning and Technical Support Service, Alice Ojowu,  noted that the bill contains all old existing laws regulating resources in the country. The only difference in the content is the inclusion of the activities of the Water Resources Commission.

Suleiman Adamu stated why the ministry insists on bill.

According to Suleiman Adamu, “Why the ministry is insisting on water resources is that you are all aware that the water bill before the national assembly is not a new one.

For instance, like I mentioned this morning, there are so many projections on water demand and it is through the development of the identifying program.

That will help us to meet up with all the demands; water supply, hydropower generation, irrigation, access to potable water, and good hygiene all these are parts of the content of the bill there is nothing new in the bill.

Parts of the projection is generating more revenue through commercial and industrial purposes but on domestic purpose, water is free but using it for commercial purpose attract fees this will help us to maintain other infrastructure and meet the budgetary allocation on the water sector.

For instance, breweries use a lot of water and they are not checkmated so how do we realize the revenue from there to develop the sector that will help to plough back on social amenities that will improve the well-being of Nigerians

That is why the ministry is pushing for the passage of water resources bill so as to ensure that we enjoy all benefits accrued in the bill.”

The minister further stressed that the government would also partner with private sectors to drive the benefits accrued in the bill, adding, “A consultant has been engaged to review the bill particularly to look at the contentious areas in the master plan and allow ones that are acceptable by stakeholders and Nigerians this will drive the process of having a good bill.

The processes are still on to accommodate all issues we have received the issues raised by Governors Forum at the end when all these are harmonized, we are going to have a document that will be acceptable to all Nigerians.”

The minister also noted issues affecting the development and management of the nation’s water resources which he identified to include; uncoordinated water resources development among the three tiers of Government; increasing demands due to population growth; development partners and end-users; uneven distribution of rainfall across the country leading to over-abstraction of groundwater resources; particularly in some parts of Nigeria; and impact of climate change.