Tens of Billions in Dollars : Nigeria still can’t keep the lights on 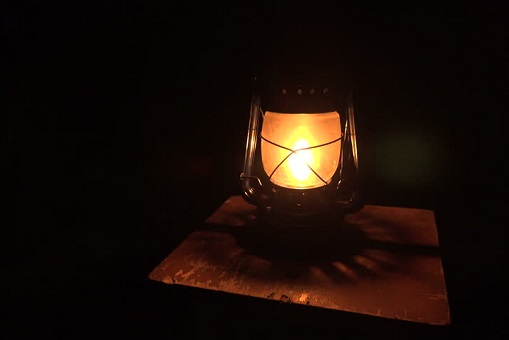 Five minutes into Frank Edozie’s presentation on the challenges facing Nigeria’s power industry, the electricity cut out in the Jasmine Hall at the upmarket Eko Hotel in Lagos. “Very timely,” Edozie, a former power ministry adviser and a senior consultant to the U.K.-funded Nigerian Infrastructure Advisory Facility, said over the low muttering and laughter of an audience

Five minutes into Frank Edozie’s presentation on the challenges facing Nigeria’s power industry, the electricity cut out in the Jasmine Hall at the upmarket Eko Hotel in Lagos. “Very timely,” Edozie, a former power ministry adviser and a senior consultant to the U.K.-funded Nigerian Infrastructure Advisory Facility, said over the low muttering and laughter of an audience of more than 100 people. “We probably ran out of gas.”

There’s no end in sight to the daily blackouts that the government says are costing Africa’s largest economy about $100 billion a year in missed potential and that President Muhammadu Buhari calls a “national shame.” Gas shortages, pipeline vandalism, inadequate funding, unprofitable prices and corruption mean fixing the electricity cuts two years after a partial sale of state power companies to private investors won’t be easy.

Generated output has never risen above 5,000 megawatts, which is about a third of peak demand, and if it did the state-owned transmission system can’t deliver any more than that before it starts breaking down. South Africa, with a less than a third of Nigeria’s population of about 180 million, has nine times more installed capacity and it too is grappling with blackouts.

Nigeria, Africa’s biggest oil producer, ranked the worst of 189 countries after Bangladesh and Madagascar on the ease of getting electricity connected to businesses, costing almost 7 percent of lost sales each month, according to a 2015 World Bank Doing Business report.

The power bottleneck comes on top of slump in oil prices and currency that are threatening Nigeria’s role as a destination for investors. Economic growth slowed to 2.4 percent on an annual basis in the second quarter from 6.5 percent a year earlier.

About two-thirds of Nigeria’s people have no access to electricity, and at the current plant commissioning rate, supply will barely meet 9,500 megawatts by 2020, according to a 2014 World Bank project document. Demand is expected to increase 10 percent each year. Buhari’s party promised before he won power in March’s election to generate 40,000 megawatts within four to eight years.

For years the industry’s poor performance has spawned jokes about the former state electricity company’s name. Nigerians called the National Electric Power Authority “Never Expect Power Always,” and when its name was changed to the Power Holding Company of Nigeria a decade ago, they mocked it as the “Problem Has Changed Name.”

Hopes that the power situation would improve after former President Goodluck Jonathan partially sold off 15 state generation and distribution companies for more than $3 billion to private investors two years ago have been dashed.

They found the companies they bought weren’t financially viable, and the distribution firms mounted with debt started hemorrhaging cash. Last year, “the financial flows in the sector came close to collapse,’’ the U.K.’s Department for International Development said in a December 2014 report.

“There wasn’t much due diligence done” because strikes during the sale period blocked access to the utilities, saidDolapo Kukoyi, a partner at Lagos-based Detail Commercial Solicitors, which advised investors looking to buy the distribution companies. “People basically bought blind — this was across the board.”

The power industry still requires as much as$20 billion of investment in the next six years, according to Benjamin Dikki, the director-general of the Bureau of Public Enterprises, which led the sales.

Even after the sales, bribery of electricity workers by some diesel generator and fuel suppliers to organize household and business blackouts in order to boost sales is continuing. Diesel generation costs 30 cents to 50 cents per kilowatt-hour, compared with the average grid tariff of 13 cents, according to the World Bank. Timothy Oyedeji, a spokesman for the Power Ministry, didn’t answer two calls and a text message seeking comment.

“Criminality is still there,” said Bokar Toure, a senior energy economist in Abuja, the capital, for the African Development Bank, which has lent and provided guarantees to Nigeria’s power industry. “Just because it has been handed to a private company doesn’t mean it’s going to end.”

A Senate committee started investigating corruption in the power industry on Sept. 8. Its hearings were disrupted on Wednesday by a series of electricity cuts in the chamber.

The generation companies have battled with chronic gas shortages used by 70 percent of the plants, despite Nigeria holding Africa’s biggest reserves of more than 180 trillion cubic feet. From December to June,rampant pipeline attacks reached levels last recorded at the peak of a 2006 to 2009 militant insurgency in the oil producing Niger River. They’ve slowed since then.

Government-set tariffs have also hampered the distribution companies. Just before the elections, the regulator banned them from charging consumers for losses caused by billing mistakes, effectively cutting the tariff bymore than half in some areas. This caused most of the distribution utilities to declare force majeure, claiming they couldn’t pay for their power supply.

Up the chain, generating companies say they haven’t received payments from the state-owned Nigerian Bulk Electricity Trading Plc, which acts as a middle man between them and the distribution companies.

And because the distribution utilities haven’t paid about 20 billion naira owed since February, payments to the power plants have slowed, saidRumundaka Wonodi, chief executive officer of NBET in Abuja.

While NBET has enough cash to make the market payments for five months, the money is there to cover breakdowns and the company doesn’t want to deplete the funds without the agreement of the power minister, Wonodi said. Problem is, Buhari hasn’t filled that position more than three months after taking office.

“We cannot prop up everyone,” Wonodi said in an interview.

The generation companies are also feeling the pinch. The 30-year-old Egbin plant in Lagos, which is owned by Sahara and Korea Electricity, is owed almost 44 billion naira for December to June, along with 22 billion naira of past debt costs.

“We’ve never broken even in 2 1/2 years,” Egbin Chief Executive Office Dallas Peavey Jr. said in an interview at the plant. “If it wasn’t for Sahara to be quite honest we would have shut down about three months ago.’’

The national grid is another bottleneck. It needs about $40 million a year just for maintenance, compared with the $1 million now allocated by the government, Peavey said. Nigeria’s aggregate technical, commercial and collection losses are 35 percent of total generation, according to the World Bank.

Buhari said last month that he recognized that transmission was a greater problem than generation and his administration was taking action to boost supply.

“We’re at the end of our rope,” Peavey said. “We keep urging them to make concrete permanent steps because without that, quite honestly, we’re going to shut down.”