The bane of Democracy in Nigeria: The Good, the bad and the very ugly. 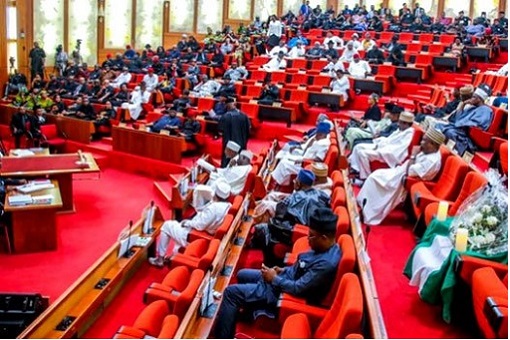 The 16th President of the United States of America, the resilient and indefatigable Abraham Lincoln in his famed 1863 Gettysburg Speech defined democracy as “…government of the people, by the people, for the people…”. His timeless definition of democracy is widely acclaim and recognized. Democracy in Nigeria is a shade different from this.  Democracy in

The 16th President of the United States of America, the resilient and indefatigable Abraham Lincoln in his famed 1863 Gettysburg Speech defined democracy as “…government of the people, by the people, for the people…”. His timeless definition of democracy is widely acclaim and recognized. Democracy in Nigeria is a shade different from this.

Democracy in Nigeria, the good, bad and ugly.

The word democracy comes from the Greek word “demo”, meaning people, and “kratos” meaning power; democracy can be thought of as “power of the people”. In other words, it is the government in which the people hold the ruling power either directly or through elected representatives-rule by the ruled. Democracy as a form of populist government can be traced to the 5th century BCE in some of the Ancient Greek city states, especially Athens.

In 2002, the defunct United Nations Commission on Human Rights declared the following as the key features of democracy: respect for human rights and fundamental freedoms, freedom of association, freedom of expression and opinion, access to power and its exercise in accordance with the rule of law, the holding of periodic free and fair elections by universal suffrage and by secret ballot as the expression of the will of the people, a pluralistic system of political parties and organizations, the separation of powers, the independence of the judiciary, the independence of the judiciary, transparency and accountability in public administration and free, independent and pluralistic media.

Even in the advanced western democracies that are considered the paragon of democracy, a perfect and flawless democratic model remains an elusive utopia.

Liberal democracy is in crisis in both the United States of America and Western Europe where it was long thought most developed. In the United States of America, the 2020 elections brought to the fore the erosion of the democratic norms and voter’s disenchantment with democratic institutions and process in the world’s greatest democracy. The election was not only deeply contested but also rancorous and acrimonious.

This is epitomized by the January 6 attack on Capitol building. On the other side of the Atlantic, extremist anti-pluralist political gladiators have assumed political powers. In countries such as Poland and Hungary steps have been made by the governments to undermine the rule of law and the civil society. Also, decision-making has moved from the national to the continental level.

The disconnect between Brussels and many European electorates has promoted Euro-skepticism. Here in Africa, there had been military coups in Mali, Chad, Guinea, Sudan, Burkina Faso and Guinea Bissau in past 18 months. This is a signal that all is not well with democracy on the continent.

In Nigeria, the citizens have lost confidence in the democratic institutions and process capacity to address the developmental challenges the nation is facing.

The way and manner we practice democracy in Nigeria, is antithetical to the established norms and values of democratic governance. Democracy has failed to deliver dividends in the form of national development. To reverse this narrative, both the political class and the electorates needs re-orientation and a proper political education.

The sentiment of religion and tribalism should be downplayed in our body politics. Also, political positions should not be seen as an avenue for amazing wealth. The electorates need to be more responsible and far-sighted by voting for the right candidates or party. Irrespective of their personal, political, ethnic and religious affiliation. Finally, the political leaders need to be more transparent and accountable to the electorates.