The great exodus through the Mediterranean sea 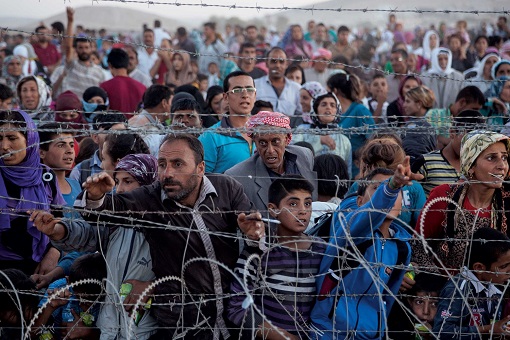 Every day, thousands of refugees head for Europe. Their hopes for a new life are greater than their fear of the passage across the Mediterranean Sea. It’s springtime, and again, refugees are making their way to Europe. The reasons are manifold: poverty – often abject poverty -, no education, no chance of a job. Then

Every day, thousands of refugees head for Europe. Their hopes for a new life are greater than their fear of the passage across the Mediterranean Sea.

It’s springtime, and again, refugees are making their way to Europe. The reasons are manifold: poverty – often abject poverty -, no education, no chance of a job. Then there are dictatorships, despots, torture, persecution, oppression, civil wars, regular wars and often a failed state where marauding gangs reign.

Sheer hardship and a sense of hopelessness are what drives people to flee their homes; to try for a new life in a foreign country, hoping for a modicum of luck. They come from many countries, including Eritrea, Somalia, Libya, Syria, Iraq and Afghanistan – that’s not even mentioning the internal migration in crisis areas.

The great exodus through the Mediterranean sea.

An estimated 50 million refugees are on the move. Their odyssee is perilous and often ends in death because they don’t try to undertake the journey on their own but rely on smugglers to take them to the land of their hopes. The routes are often anything but straightforward, say from Syria via Turkey to Algeria, across the desert to Libya, and then on a boat to the continent of hope: Europe. Unless they are abandoned by the boat’s crew and drown. This modern-day slave trade has become a billion-dollar business – brutal and cynical.

The refugees that make it to Europe are crammed into emergency shelters, sometimes they receive medial care, and often they face deportation within just a short period of time. Or they go underground and try to survive and even feed their families by taking on illegal, often dishonorable jobs and unskilled labor.

Some receive support and help from their own families, others are backed by volunteers who come to the newcomers’ aid. Yet others depend on the goodwill of the states that grant them asylum. And many, very many, must return to the poverty and hopelessness they fled.

DW presents a thematic week with an in-depth look at refugee movements – from people’s departure from their homes to the actual journey and their arrival. We will portray the countries that refugees want to leave behind. We will portray the long, perilous and often deadly journey. And we will describe what refugees and asylum-seekers can expect in Germany and in Europe.

The reports will show the reality, the hopes, disappointments, the small victories and big setbacks, presenting people as well as politicians’ helplessness. Taking in refugees, saving them from distress at sea – these are natural human duties. But it’s just as true that not everyone who wants to come to Europe ca do so. The right to asylum is a sacred right. But in real life, it’s currently being pummeled and overextended.

For hundreds of thousands of refugees on North Africa’s shores, only one thing counts: the next boat to Europe. For them, it’s all about arrival and surviving the passage.