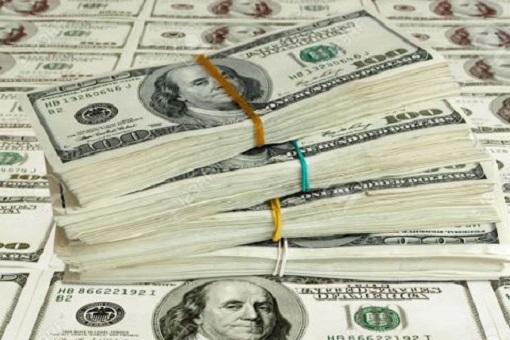 Up to the year 1985, the Naira was stronger than the United States Dollars. It was this in this same year that the unabated nosedive in the value of the Naira to the Dollars began. The following year 1USD exchanged for 2.02 Naira. Since then the situation has remained unchanged. Instead it has become worse over the years. Between the years 1994 and 1999, the Naira enjoyed some stability against the dollar. When late General Sanni Abacha became the head of state, the exchange rate of the Dollar to the Naira was 22.33 and in 1999 when the military handed over power to a democratically-elected government it had become 21.89.

There are many reasons for the persistent free-fall of the Naira. Firstly, it can be adduced to the country’s over-dependence on imports. Nigerian exports mostly crude oil, but it spends its foreign earned currencies on the importation of basic items and refined petrol.

Nigeria imports almost everything, since local production level is very low. This increases the demand for the dollar by importers. Invariably, this causes the depreciation of the Naira. Secondly, the persistent high inflation in our economy also compound the problem of a weak Naira.

Inflation raises the price of commodities and reduces the value of the country’s currency. It also makes the Naira weak against the Dollars and other currencies. Thirdly, Nigeria’s high debt profile also contribute to the weakening of the Naira. Nigeria spend more than 90% of government revenues on debt servicing. Also, Nigeria has experienced two major recession in the last few years. The 2015-2017 recession caused by the fall in the global oil prices and that of 2020 triggered by the novel covid-19 pandemic.

This has furthered weakened the value of the Naira. Another reason adduced for the persistent fall of the Naira is the political instability in many parts of the country. Terrorism, banditry and call for self-determination by some ethnic groups in the country are reoccurring episodes. The economy and particularly the Naira are the worse for it. Other notable factors contributing for this free-fall of the Naira include currency speculation, dollarization, poor monetary policies and bad political leadership.

Currency depreciation is a fall in the value of a currency in terms of its exchange rate as against other currencies. Currency depreciation can occur due to factors such as economic fundamentals, interest rate differentials, political instability, or risk aversion among investors.

The looming calamity of the total collapse in the value of the Naira against the Dollars can be prevented by employing some economic measures that include the following: expanding and diversifying the country’s export beyond crude oil, easing pressure on the foreign exchange market, implementation of a higher interest’s rates regime, reduction in the country’s gross demand for dollars, reduction in inflation, growth in national output, economic and political stability amongst others.

If the current tide of the free-fall of the Naira is not checked, it will soon be exchanging for N1000 to a Dollar. The government needs to take urgent action in this regard.