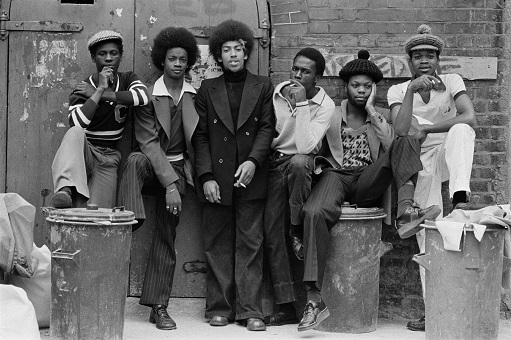 As I write this, I so very much desire to read Sam Selvon’s 1956 book aptly titled The Lonely Londoners, a chronicle and account of the lonely and sometimes frustrating life of people of Afro-Caribbean descent living in London. I will assume that Selvon’s analysis and descriptions also apply to later day immigrants to the

As I write this, I so very much desire to read Sam Selvon’s 1956 book aptly titled The Lonely Londoners, a chronicle and account of the lonely and sometimes frustrating life of people of Afro-Caribbean descent living in London. I will assume that Selvon’s analysis and descriptions also apply to later day immigrants to the United Kingdom, most especially Nigerians. If only Nigerians back home, who had never been ‘privileged’ to visit London before know of the life of toil

The Real Truth About Life In London

and labour that their kinsmen in London suffer, then, they wouldn’t waste their time queuing up at the Walter Carrington Crescent offices of the United Kingdom High Commission, nor at the DHL offices for drop-box UK visas.

Also, the British High Commissioner to Nigeria, Richard Gozney need not have bothered placing a blanket visa ban on 18-30 year old Nigerians, while this disenfranchises genuine UK visitors, it opens up other illegitimate avenues for desperate Nigerians to enter the UK. For me, all they need to do is get some real Nigerians living in London, and pay them an appearance fee for their testimonials, which will be later broadcast or published in the media.

I am sure that such testimonials may dissuade lots of Nigerians from coming to London, and will also confirm what the late Fela sang in one of his songs: African man wey dey your country, wetin e get? E no get nothing!

Although Nigerians have now claimed London, as the 37th state of Nigeria, as a result of the population of Nigerians living in London, and also because of the ease with which Nigerians commute from Lagos/Abuja to London, as if they were commuting from Surulere to Ikoyi, it must be however said, that beneath the façade and the false-image of living the London good life which Nigerians living in London portray to their families and friends back home, the reality actually shows the opposite.

The problem starts with coming into London as a visitor or tourist, Nigerians are always in a hurry to ‘check out’ of Nigeria just like Andrew in the famed federal government patriotism TV advertisements.

In doing so, they fail to take advantage of other legitimate routes of emigrating to the UK as professionals, Information on such UK migration schemes such as the highly skilled migrant program  and the working holiday maker visas are readily available on the internet but some of us don’t see it because of our mad rush and impatience.

Also some have failed to explore other opportunities such as simply applying as health care or educational (teachers/lecturers) professionals, acute shortages of staff in the UK health and educational sectors have opened up this option and nationals from other countries are exploiting the opportunity, but Nigerians have not, preferring rather the short-term route of coming as visitors.

It used to be that in the past, it was a bit easier for Nigerians to ‘do what they had to do’ in London in order to obtain their residence permits, but now the EU expansion, and the influx of eastern Europeans into the UK has meant that residency laws have been toughened, on this front, things are no longer as they used to be.

Inability to obtain official residency papers is what condemns Nigerians to the low life they live in London as illegal immigrants, without any state or social entitlements. In the long term, it is not a lifestyle that one would wish on even his enemies; as a result, people are stuck ‘in’, and can’t get ‘out’, as they wouldn’t be able to come back in if they venture out.

This has ensured that some Nigerians have not been able to visit their country of birth in a long while, and this adds to their alienation and frustration.

And so once they find themselves in London, they are stuck with the lowly-paid jobs, such as flipping burgers at McDonalds or cleaning other people’s ‘shit’.

Life becomes a bore and a drag as they jump from one bus to the other on their way to start the next shift; a sad and hectic life that they must live in order to afford London’s very exorbitant living expenses.

There are always people out to make a fast buck from you in London, the town is almost becoming a soul-less city like Lagos, for those stuck in the poverty cycle and living below the bread line (22% of the UK population live in poverty, 1 out of 5 of the population),

this type of living surely can’t be good, from the £70 weekly room rents in shared flats and houses, to the over £5 day travel cards, there is also the utility bills (gas and electricity), which is operated on a pay- as- you -use basis, there is no NEPA or NITEL in London to bribe their officials, if your meter credit runs out, then it is between you and your God to save you from freezing in the cold winter.

It is at this stage that those who abandoned their lives and career back home, for a ‘rosy’ life in London begin to regret their decisions, they have no one to complain to, else they will be considered failures.

As calls are made to family and friends back home, the moods are saddened the more by the news of career progressions and promotions of colleagues the person has left behind.

Some Nigerians living in the London always have this false assumption that those they have left behind in Nigeria won’t be climbing the social and economic ladders as well, that they will be waiting for them to come back to Nigeria in their flashy cars, fancy clothes and fake accents to ‘oppress’ them.

Sadly this is not the case. By my own estimates, at least 2 out of every 3 Nigerians living in London will gladly swap places for a settled life and career in Nigeria, no wonder the careers in Africa recruitment event and many of such ‘return to Africa’ schemes are proving to be big hits.

It is always the case that most Nigerians immigrating to the UK always come when they are in their late twenties or early thirties, for both the men and women; this is the time that marriage dreams become imperative, but where does one find a potential husband or wife in London?

If there was a place like that, then those ‘over-ripe’ brides and grooms before them would have since exhaled and replied with ‘I do’ to the pastor’s ‘Do you take xyz to be your lawfully wedded wife/husband…?’

In a recent conversation with a thirty something year old Nigerian lady, she vented out her frustration in these words ‘Nigerian men in London are dry, and stingy, after using you, they will dump you and go to their village to marry a village mgbeke’.

On the other hand, Tochukwu Modebelu, a London based lawyer readily comes to the defense of Nigerian men living in London, according to him ‘Nigerian girls in London are still into their ways of regarding relationships as commercial ventures, also their wahala is too much, so I don’t blame guys who go to Nigeria to look for wives’.

As a result of the scarcity of men, and women or the difficulties in finding the perfect and willing partner, Nigerians have now resorted to having brides and grooms packaged and sent to them from home, but obviously such arrangements come with their own problems, usually revolving around differences in cultural values, unfulfilled expectations, and UK’s gender politics that is largely on the side of women, having brewed a disaster recipe for themselves, it is no surprise when divorce lawyers are called in at a rate faster than that which saw the couple coming together in the first place.

Some Pentecostal churches are happily exploiting this situation, Nigerians haven’t forgotten their ways at all in Nigeria, they seem to have carried the Pentecostal culture with them to London, as there now seems to be one on every other street, in areas of London with large immigrant population.

Don’t be surprised to find these churches packed full on any given Sunday with expectant and hopeful worshippers, mostly young women whose main heart desire is for men to rain down from where ever.

However, there are Nigerians living in the London who have made good, and are already living the good life, some of them work as professionals while others have their own businesses, but such success stories do not even reflect the true situation of the real life of an average Nigerian in London, a sad reality, and a reality that bites.

Uche Nworah is a doctoral student at the university of Greenwich, London and also teaches business and marketing at Newvic, London.