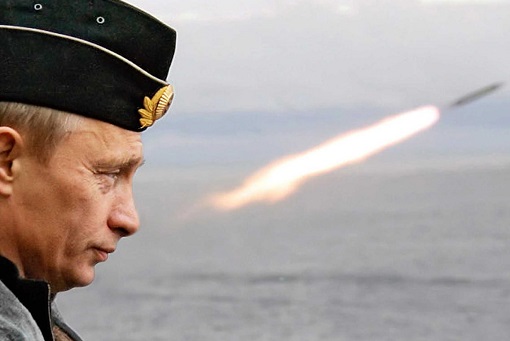 Vladimir Putin, the Russian president, said on Monday he would move nuclear-capable missiles closer to Europe in response to NATO’s expansion in the Baltic states. In a bold display of force against Western allies, Russian S-400 surface-to-air missiles and a ballistic Iskander system will be deployed in Kaliningrad, which is situated between Lithuania and Poland.

Vladimir Putin, the Russian president, said on Monday he would move nuclear-capable missiles closer to Europe in response to NATO’s expansion in the Baltic states. In a bold display of force against Western allies, Russian S-400 surface-to-air missiles and a ballistic Iskander system will be deployed in Kaliningrad, which is situated between Lithuania and Poland.

Iskander missiles have a range of 450 miles, which means they could hit Berlin if launched from Kaliningrad.

“We are concerned by NATO decision making,” Mr. Putin said an interview broadcast on Monday. “We have, therefore, to take countermeasures, which means to target with our missile systems the facilities that in our opinion start posing a threat to us.”

The remarks are among the sharpest Mr. Putin has made about NATO’s expansion of its facilities in eastern Europe, which it says was in response to Russia’s “aggressive actions” in Ukraine.

His deployment of missiles in Kaliningrad also suggests an emboldening of Moscow’s foreign policy following the election of Donald Trump, who has said he wants to build closer ties with the Kremlin.

It comes after the Russian leader rattled Western allies in October by placing nuclear-capable cruise missiles in the same province, which lies on the Baltic coast.

Meanwhile in Sweden, which is traditionally neutral, military officials announced they were dusting off their own Cold War-era weapons to boost defenses on the Baltic coastline.

The Scandinavian country, which is not a NATO member, said it was moving its land-based Kustrobotbatteri 90 weapons launcher to the island of Gotland.

“We analyzed whether we would be able to put something back together again which was capable of launching with,” Rear Admiral Thomas Engevall told Swedish newspaper Dagens Nyheter.

Viktor Ozerov, a senior Russian defense official, said on Monday that the country felt forced to respond to “threats” from NATO members in the Baltic states.

“As response measures to such threats we will have… to deploy additional forces… this reinforcement includes deployment of S-400 and Iskander systems in Kaliningrad,” he said.

Russia has previously said it sends Iskander missiles to Kaliningrad periodically, but only as part of routine drills.

In the same interview, Mr. Putin went on to claim that eastern European NATO members – several of which were formerly under Soviet rule – felt under “pressure” to do the bidding of the United States.

“When a country joins NATO, it becomes next to impossible for it to resist pressure from a major NATO leader such as the United States and hence it may deploy anything…a missile defense system, new bases or, if need be, missile strike systems,” Mr. Putin said.

However, president-elect Trump has in the past criticized NATO as “obsolete and extremely expensive.” He has also suggested he would not defend other alliance members unless they paid a fair share for their defenses.

“NATO was done at a time you had the Soviet Union, which was obviously much larger than Russia is today,” Mr. Trump said in an interview on ABC in March.

“I’m not saying Russia is not a threat. But we have other threats. We have the threat of terrorism. And NATO doesn’t discuss terrorism.

Jens Stoltenberg, NATO’s secretary general, said that “everything NATO does is defensive, proportionate and fully in line with our international commitments.”

“Before Russia’s aggressive actions in Ukraine, NATO had no plans to send troops to the Eastern part of our alliance,” he said at a conference in Istanbul.

“Moreover, we firmly believe and we are firmly committed to a two-track approach to Russia; strong defense, coupled with meaningful dialogue….NATO’s aim is to prevent a conflict, not to provoke a conflict.”